Richie Ramsay was inspired by his daughter as he ended his seven-year wait for a fourth DP World Tour title as he nervelessly holed his tricky par putt at the 18th to win the 2022 Cazoo Classic at Hillside Golf Club in Southport by one shot.

He said: “The biggest thing for me was I made a promise to my daughter and I don’t break promises to her. I said I would get her a trophy and this one’s for her.”

Overnight leader Julien Guerrier had been the man to catch for most of the day at Hillside but birdies at the 14th, 15th and 17th saw Ramsay head to the last with a one-shot lead.

The 39-year-old missed the fairway off the 18th tee but managed to give himself an eight-foot par putt, which he duly holed to sign for a closing 69, finish the tournament on 14 under par and return to the winner’s circle for the first time since his Trophée Hassan II victory in March 2015.

The win will help Ramsay banish the memory of his near-miss at the Betfred British Masters hosted by Danny Willett in May, where a closing double bogey ended his chances of victory at The Belfry.

Local favourite Paul Waring finished alone in second on 13 under thanks to his Sunday 70, with Guerrier in a five-way tie for third another shot back alongside Marcus Kinhult, Robin Petersson, Daan Huizing and Grant Forrest.

Ramsay went into the final round one shot back but saw that deficit extended to three strokes early on as he opened with seven straight pars and playing partner Guerrier made back-to-back birdies at the fourth and fifth.

The Scot got his first birdie of the day from 12 feet on the eighth but gave the shot back at the 12th after missing the fairway off the tee.

But as Guerrier’s bogey on the 13th opened the door for the chasing pack, Ramsay took full advantage, birdieing the 14th to get to 12 under before a two-shot swing at the 15th earned him a share of the lead as he made a birdie and Guerrier dropped a shot.

Ramsay took the outright lead courtesy of a brilliant birdie on the 17th which moved him to 14 under, but he missed the fairway at the 18th, giving hope to Waring, who was in the clubhouse on 13 under.

But he produced a stunning par save on the last to secure a one-shot victory.

After clinching victory, an emotional Ramsay said: “The biggest thing for me was I made a promise to my daughter and I don’t break promises to her.

“I said I would get her a trophy and this one’s for her.

“It just feels unbelievable. The belief. I’ve had some bad times over the last couple of years but I kept believing, I knew my game was good.

“I know about what happened at The Belfry. But it’s links golf and I feel like I’ve always got an advantage when I play links golf.

“There’s nothing better than holing a putt under the gun – when it matters, when the tournament is on the line.

“For me, winning is everything, it’s what matters in the sport. I felt the nerves coming down the stretch, played great, and just to play well under the gun. 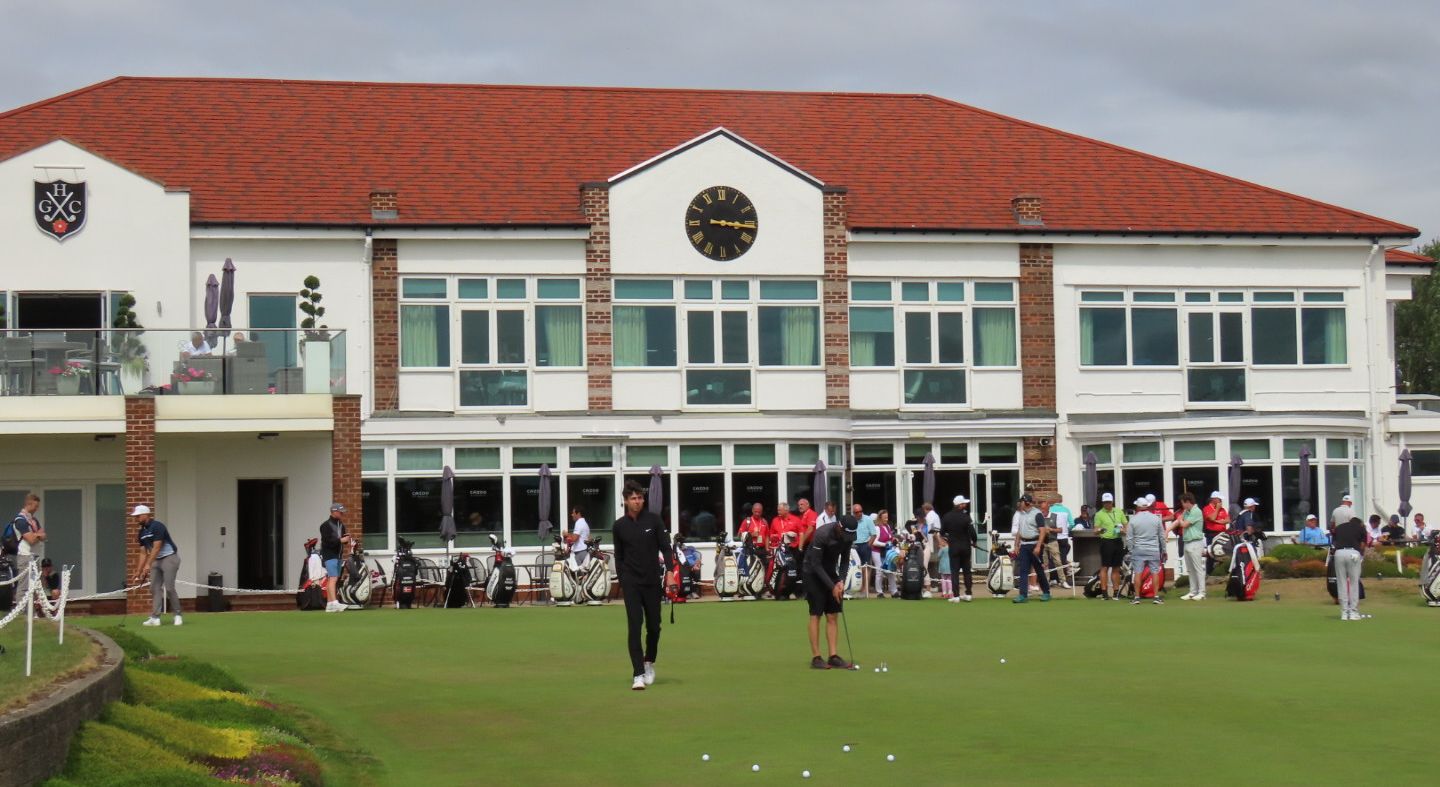 “Obviously I got a bit emotional there at the end. But I haven’t won since my daughter was born and that’s six years.

“I’ve got the U.S. Amateur trophy and the Omega European Masters in the living room and she likes those trophies.

“We were playing one day and she’s like ‘Dad, I really like these’. And I said ‘Would you want one?’. She said ‘Yeah, I want one’.

"I made a promise to my daughter and I don't break promises to her. I said I'd get her a trophy and this one is for her."@RamsayGolf | #CazooClassic pic.twitter.com/0525EMv16s

“I said ‘Every time I leave the house, my goal is to get you a trophy’. And that was a good two years ago.

“It’s great to fulfil my promise to her.

“It’s just great to get over the line. What a feeling as well, the way I did it, to hole that putt on the last.

“It’s just hours and hours of practice and it comes down to one shot and I managed to do it under the gun. It doesn’t matter what happens now, I’ll remember that for the rest of my life.”