The iconic Carlton bar in Southport is back – with a brand new beer garden!

The Carlton, on Lord Street, was a hugely popular nightspot during the ‘80s, ‘90s and noughties.

It was particularly well-known for the famous Carlton beer garden, which was a popular hangout during the summer months.

The good news is that the outdoor beer garden is back, after a stunning makeover by owner Carl White and his team over the past few days.

The venue has been transformed with new garden tables and chairs.

There are also planters, shrubs, flowers, and astroturf to give the place a real garden feel.

Food lovers are in for a treat too with the creation of Rusties Urban Kitchen.

There are big plans for Bank Holiday Monday too, which will host An Afternoon of Soul, Funk and Disco with renowned Southport DJ Mark Pickup. The event takes place between 3pm and 9pm.

Owner Carl White said: “Bank Holiday weekend is nearly upon us and we can’t wait to get it started.

“Beer, sun and Live music What more could you ask for?

“Come down and see our new garden and let’s make this one to remember.” 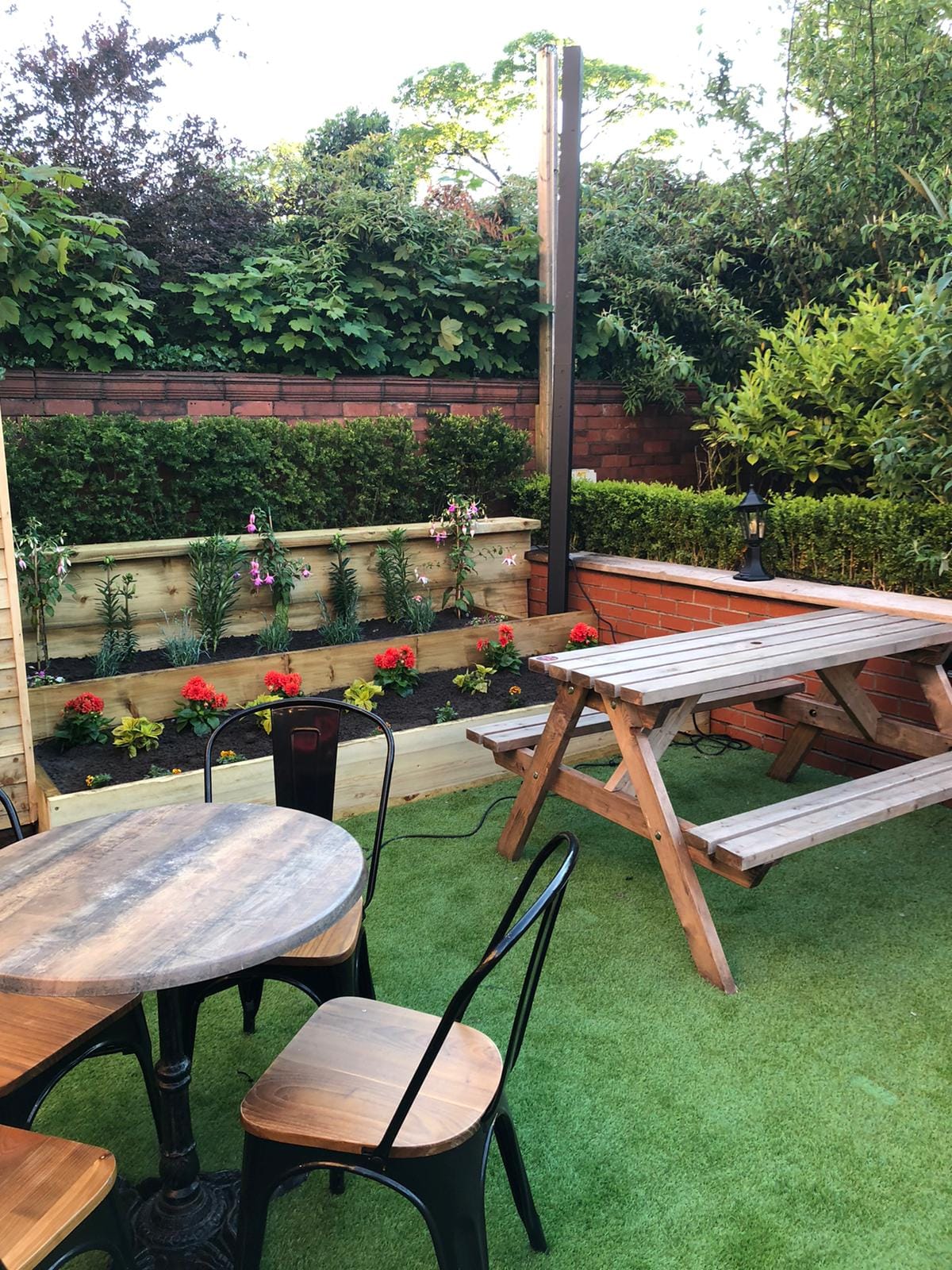 The Carlton bar on Lord Street in Southport

Because of the Covid lockdowns which have been in place since March last year, many people may have missed the good news about The Carlton being restored to its rightful place at the heart of Southport’s nightlife.

The redevelopment was completed last year by local bar owner Carl White, who also operates The Avenue on Scarisbrick Avenue and The Chop House on West Street.

When he took over the building, and tried to work out what name to pick for it, he said there was really only one contender. Local people have been enjoying the sight of an old favourite returning.

Speaking last year, he said: “We have had a fantastic reaction since we revealed that we would be calling our new bar ‘The Carlton’. I have heard lots of stories of people who have met here over the years, people are very nostalgic over this bar.

“There are lots of memories of people meeting and drinking in the famous Carlton beer garden, and enjoying great nights out here.

“At the start we were thinking of different names, but it always kept coming back to The Carlton.”

The bar is themed around Motown, funk and soul, and will celebrate some of the genre’s greatest performers.

Carl said: “We are going back to old school. The bar will be very chilled out, very welcoming. There will be nothing pretentious about it.

“We are back. I hope now it is going to be a great Summer for everyone in Southport.”