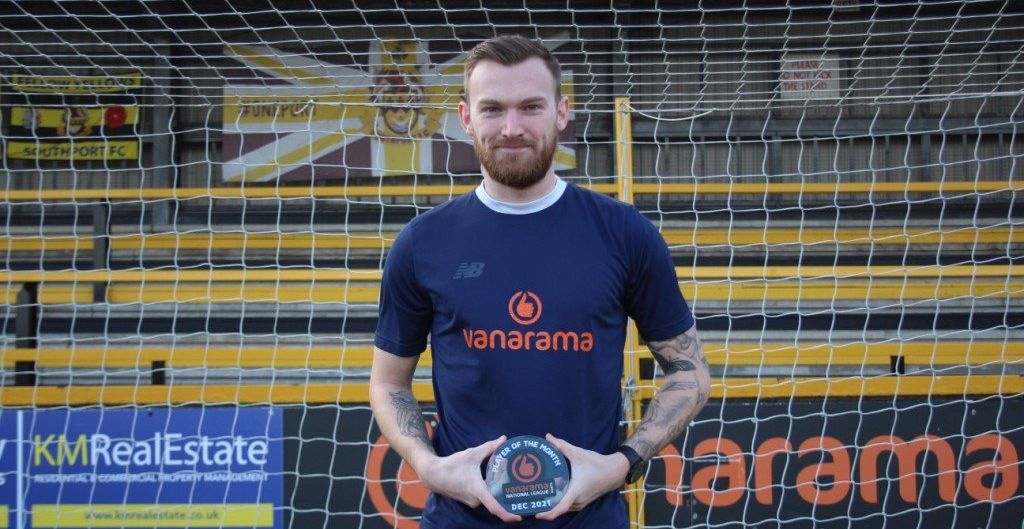 Southport FC goalkeeper Cam Mason has thanked people for their kind messages after he was left with concussion following a sickening collision during the Sandgrounder’s game away to Banbury United on Saturday.

Cam brought down a Banbury player outside the area but was concussed in the process.

The injury saw him taken to and detained in Oxford Hospital until 9pm before being discharged.

He says he “can’t remember anything from the game yesterday”.

Veteran shot-stopper Tony McMillan was called into action at the age of 40 and made a couple of good saves but was beaten by a 77th minute penalty awarded after Keenan Quansah was shown a red card for denying a clear goalscoring opportunity. Southport lost the game 3-1.

In a statement released today, Cam Mason said: “Just wanted to thank everyone for the messages I have received in the last 24 hours.

“I haven’t been on my phone much due to travelling back from Oxford and being in the hospital so if I haven’t replied I apologise.

“A massive thank you to all the staff at Banbury and Dan for looking after me after things took a turn for the worse when I got into the changing rooms and to George, Ian and Pottsy for staying with me until the ambulance arrived.

“Last but not least Rob and Julia for following the ambulance and staying with me until my family arrived from home.

“I can’t remember anything from the game yesterday but thank you for your support, not time for some rest and I’ll be supporting the lads until I’m ready to get back out there.”

A Southport FC spokesperson said: “Thanks to everyone at Banbury for all the care and attention shown to Cam on Saturday afternoon.

“A fantastic, friendly club from the minute we arrived.”