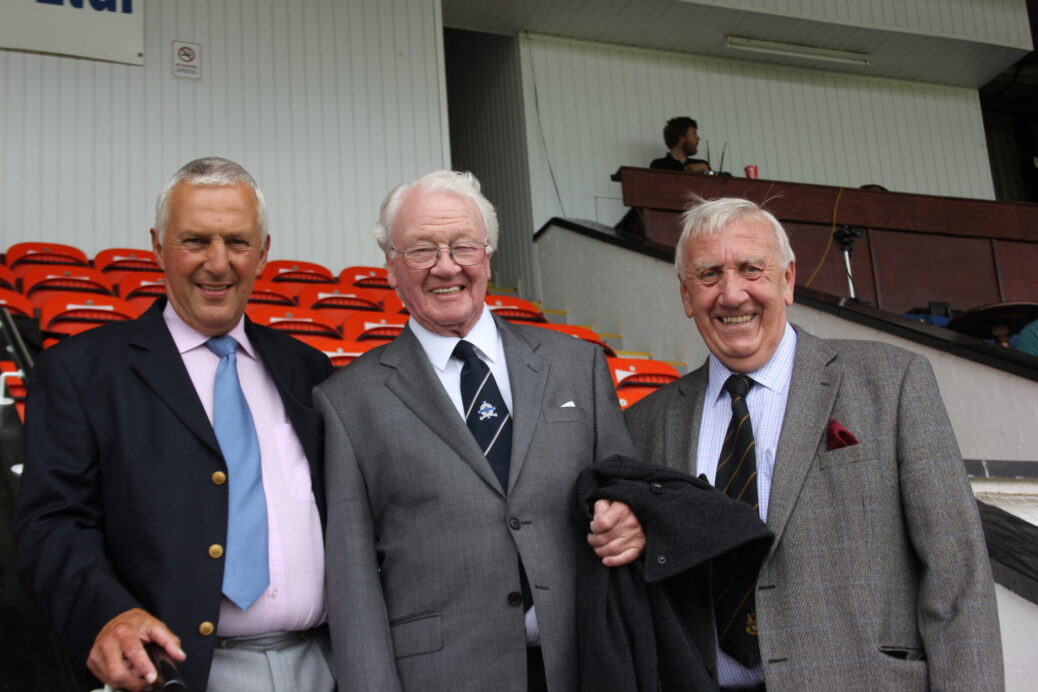 Stand Up For Southport would like to send our condolences to Mr Bingham’s many family and friends.

Bingham led Southport to promotion from the Fourth Division in his first managerial post.

He led the team to a tenth-place finish in the Fourth Division in 1965-66, just before England won the World Cup at Wembley.

In his first full season in charge, 1966-67, he led the Sandgrounders to promotion as runners-up – the club’s first ever promotion.

He left the Club in October 1967, with Southport in safe hands as they finished the 1967-68 Third Division  campaign in 13th place under Don McEvoy’s stewardship.

Mr Bingham was awarded an MBE for his services to football in 1981.

A right-sided forward, Billy Bingham ignored interest from Arsenal to join Everton in October 1960, a decade after leaving his native Northern Ireland to pursue a professional football career with Sunderland.

Everton recouped the £15,000 they paid Luton Town for Bingham when he was sold to Port Vale in August 1963 after 26 goals in 98 matches for the Club.

Dave Jones, who broke into Bingham’s Everton side as a 19-year-old in November 1975 and would make 103 appearances in nearly four years, told evertonfc.com: “Billy was a people’s person and I have only good things to say about him.

“He signed me as a professional footballer… then gave me my First-Team debut away at Leicester City.

“He did so much for me at the start of my career. He put me in his team and kept me there.

“He was already a very experienced manager when I knew him and highly respected in the game.  He was an excellent coach and Everton was a club ahead of its time with regards to coaching at that time.

“He was a very wise manager and loved football. Every time you spoke to him, it was all he talked about. You couldn’t discuss the weather with Billy.

“If a player went to see him in his office to have a go at him for one thing or another, Billy would always win the argument. He’d just turn the conversation to football.”

Born in East Belfast, Bingham was 16 when he made his senior debut for Northern Irish top-division side Glentoran in 1947. He completed his apprenticeship as an electrical engineer in the local shipyards on moving to the north east with Sunderland, at the insistence of his father – but within one year of transferring to England was winning his first full cap for Northern Ireland.

Bingham stayed with Sunderland eight years, making 227 appearances and scoring 47 goals. He left Roker Park for Luton in 1958, during the same summer in which he played all five games of his country’s run to the World Cup quarter finals in Sweden.

At Luton, Bingham scored the winning goal against Norwich City in a 1959 FA Cup semi-final replay and was in the side beaten by Nottingham Forest in the Wembley final.

A broken leg sustained playing for Port Vale forced the 33-year-old, 56-cap Bingham to prematurely call time on his playing career – but had the corresponding effect of igniting a storied managerial career.

Bingham had already gained rich experience as a boss when he returned to Goodison to succeed his former manager Catterick in May 1973.

He appeared destined to guide Everton to the championship in 1974-75 before a poor sequence of results late in the campaign opened the door for Derby County to land the title.

Bingham led Southport to promotion from the Fourth Division in his first managerial post. He subsequently combined his first spell as boss of Northern Ireland with club jobs at Plymouth Argyle and Linfield.

Bingham ended an 18-month period in charge of the Greek national side shortly before replacing Catterick at Everton.

After leaving Goodison in January 1977, he went back to Greece to manage PAOK Salonika for six months.

Bingham was subsequently in charge of Mansfield Town for 16 months until summer 1979.

But it was as manager of his country for a second time that Bingham came into his own, an inspirational figure who oversaw a period of unprecedented success for Northern Irish football.

During an extraordinary 13-year reign, Bingham led Northern Ireland to successive World Cup finals in 1982 and 1986. They have not qualified in the 36 years since Bingham took his nation to the Mexican finals in ’86.

Northern Ireland exited that competition at the group stage but four years earlier upset hosts Spain to reach the second round of the 1982 edition, a victory writ into Northern Irish lore and which will go down as Bingham’s magnum opus.

Bingham twice oversaw Northern Ireland success in the old Home Nations Championship and – after masterminding two victories over mighty West Germany – was within a hair’s breadth of taking the country to the 1984 European Championship.