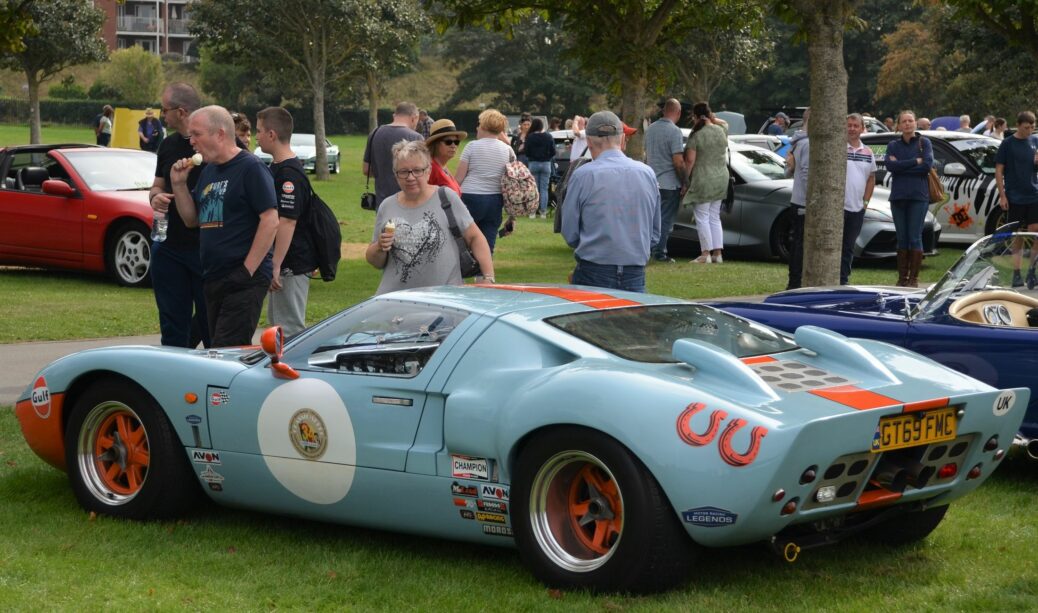 The 2022 Southport Classic and Speed event kicked off on Saturday 10th September with the introduction of a successful new element.

The road by the seafront was closed and free access given to the public to watch demonstrations run by invited cars.

Historic Stock Cars, a GT40 and the only NASCAR pickup in the UK, among others, provided sights – and sounds – that will long be remembered by those who were there.

The President’s Dinner that night helped to raise over £20,000 which will be distributed among the nominated charities including the Mayor’s Charity Fund, The Jim Clark Trust and Queenscourt Hospice. 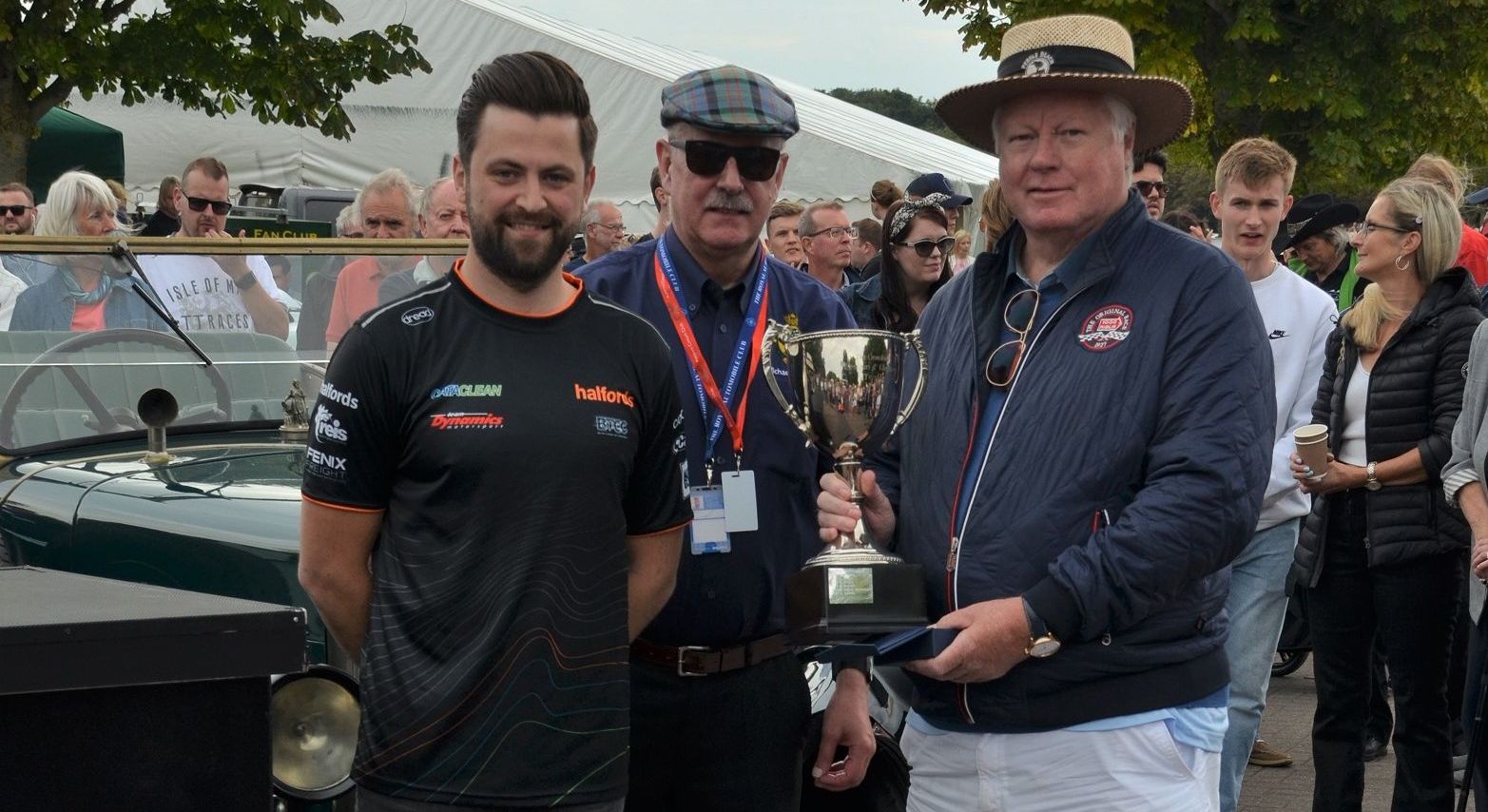 Daniel Rowbottom presents Brian Ellis with the Best in Show award at Southport Classic and Speed at Victoria Park in Southport. Photo by Stephen Mosley

The good weather on Sunday 11th September no doubt helped encourage an estimated 20,000 visitors to turn out for the main event held in Southport’s Victoria Park.

Three historic Vulcan cars built in Southport had been gathered at the entrance, one of which had been exported new to Australia in 1927 and was only repatriated to the UK in August.

With a mixture of clubs and individual entries there was something for everyone. From a 1904 Humberette via Ford Orion and DeTomaso Pantera to Mustang “cop car” doing its best flame thrower impression on noisy overrun.

The packed park came to a standstill at 11am as a mark of respect for the passing of Queen Elizabeth II. The observance of two minutes’ silence was led by marshal and veteran SAC Knowles, who presented and then lowered the Union Flag for the duration. 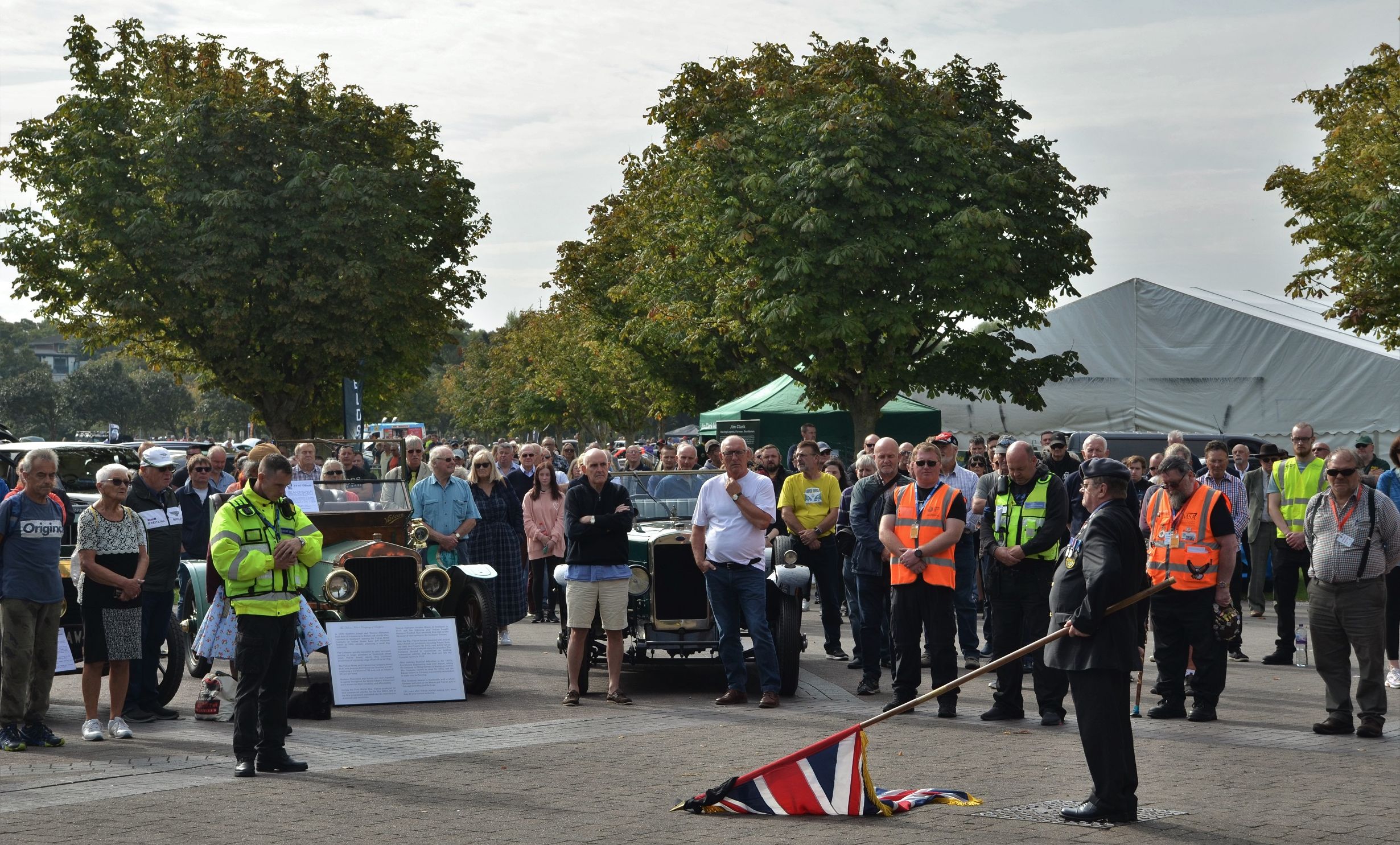 Crowds hold a two minutes’ silence for Her Majesty Queen Elizabeth II at Southport Classic and Speed at Victoria Park in Southport. Photo by Stephen Mosley

The event closed in the late afternoon ahead of a magnificent parade through Southport town centre which was lined by enthusiasts and onlookers cheering, taking photos and videos, giving a huge boost to local businesses.

The Mayor of Sefton, Cllr Clare Carragher, was on hand on Lord Street to wave the participants through with a chequered flag and was obviously enjoying what must have been a welcome momentary distraction from the unprecedented formal duties of the previous few days following the death of Queen Elizabeth II.

The winners of the show awards, presented by BTCC Team Dynamics driver Daniel Rowbottom were: 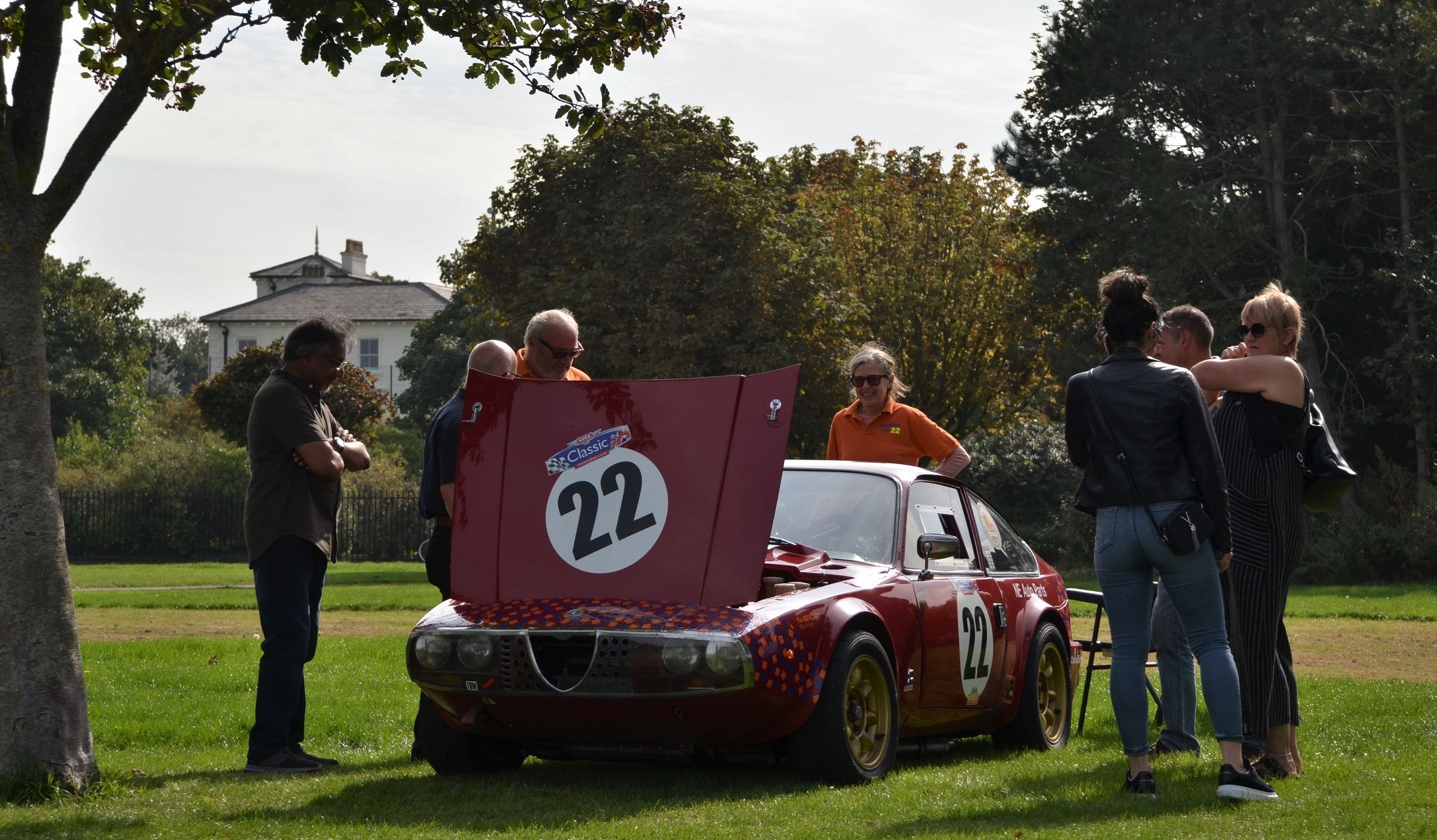 The Southport Classic and Speed team would like to extend their thanks to the following sponsors without whom the event couldn’t have gone ahead: