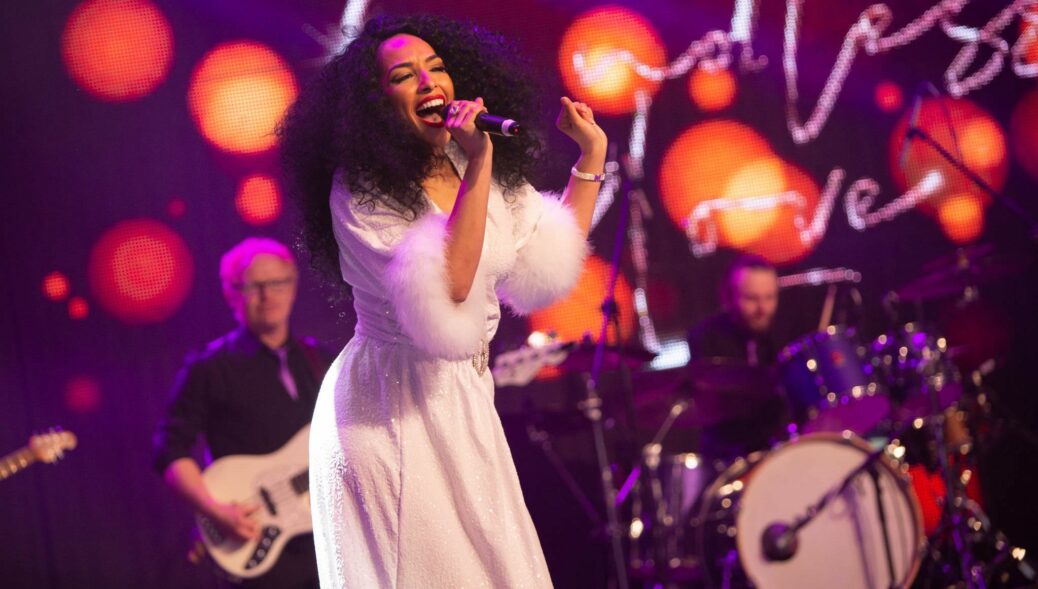 A sensational new production celebrating legendary hitmakers Lionel Richie and Diana Ross is touring venues across the UK, coming to The Atkinson in Southport on Saturday 22nd October 2022.

Endless Love – The Show (A Tribute to Lionel Richie & Diana Ross) is a hit-packed, electrifying and emotional rollercoaster guaranteed to get audiences on their feet and singing at the top of their voices!

This bespoke production is flawlessly delivered by a young and vibrant cast and features a powerhouse live band.

Featuring Pop, Soul and Motown classics, with smash hits including I’m Coming Out, Dancing on The Ceiling, Chain Reaction, All Night Long, The Boss, Running With The Night and Upside Down – and, of course, Lionel and Diana’s timeless ballad Endless Love along with others such as Hello, Touch Me In The Morning and Three Times A Lady.

It is hard to believe it is now more than 40 years since Motown legends Lionel and Diana made music history with their 1981 hit Endless Love. Incredibly despite many requests they have never performed the song together again.

Endless Love – The Show aims to put that right, with live arrangements taken from both Lionel’s & Diana’s original touring shows, this is as close as it gets.

This wonderful tribute is the brainchild of Mark Carter who was musical director of the hugely popular and long-running Magic of Motown for more than a decade. Mark has brought together an incredible cast and stellar group of live musicians to take audiences on an unforgettable journey that boasts 60’s soul, the glitz of disco, the fun of 80’s pop and some of the greatest love songs of all time.

He said: “Endless Love has been developed over many years and I am truly blessed to be working with some of the best people in the business to bring this all-new show to life.

“From the outset we wanted to create a truly joyful, feel-good show that celebrates the brilliance of Lionel Richie and Diana Ross as well as some of the greatest songs ever written. We’ve gone to great lengths to recreate and deliver many of the live arrangements both Lionel and Diana have performed in their own touring productions over the years, as such, this has enabled us to create a bespoke show like no other.

“Together for the first time!….With hits from the 60s, 70s and 80s, from The Commodores and The Supremes to Lionel and Diana’s solo careers, audiences already know the words, so it’s singing voices at the ready, and just come and have a great night with us.”

Starring in the show, and singing these legendary songs are the brilliant Dayton Grey and Leanne Sandy.

Dayton has appeared on BBC Saturday night hits All Together Now – where he was one of ‘The Hundred’ industry experts, headed by Spice Girl Geri – and I Can See Your Voice.

“Joining the cast of Endless Love is an absolute honour for me,” said Dayton. “I love Motown music and Lionel Richie has an amazing catalogue of songs, so I can’t wait to get on the road to perform them all – none more so than the iconic title track alongside Leanne which I know will be something very special. The great thing about these songs is that everyone knows them, hearing the audience singing the words right back to you is an amazing experience and makes for a brilliant atmosphere!”

Leanne has toured the UK performing as Diana Ross in the smash hit show Magic of Motown and is part of the popular groups Harmony 3 and Grapevine Soul.

Leanne said: “To take a brand-new show on tour, and to be singing all those amazing disco hits and power ballads that Diana Ross is so famous for, is just a dream come true for me. And of course, then there’s the dresses!!! Wow!!!!

Diana and Lionel are such legends, we hope fans have a great night when they come to join us in celebrating their music.”

Endless Love – The Show (A Tribute to Lionel Richie & Diana Ross) is brought to you by Going Live Productions.

This is a tribute production and is not affiliated or endorsed by the original artists.