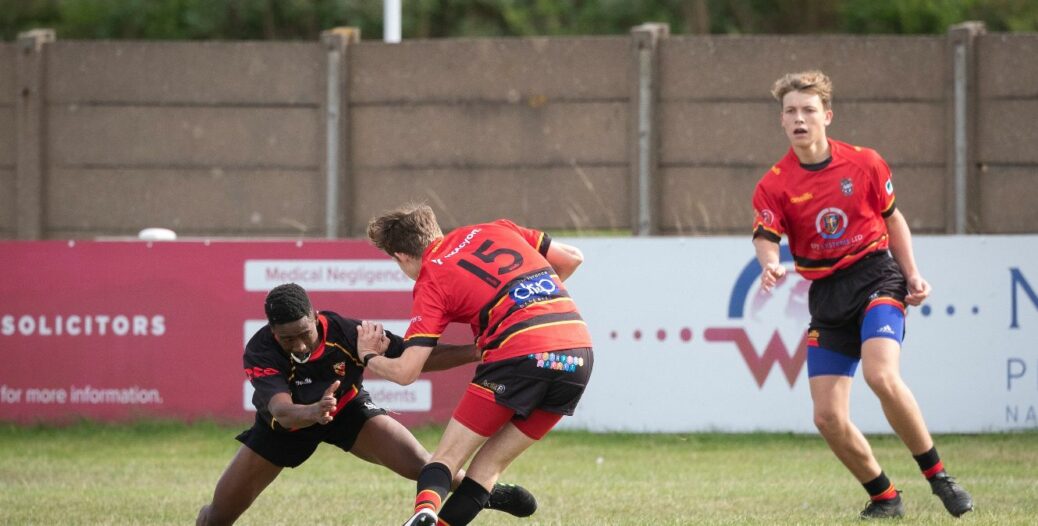 Local rivals Tarleton visited Waterloo Road for a Derby match against Southport Rugby Football Club First XV with both teams having won one and lost one so an important match for both teams to get their season moving in the right direction.

Athena, which has a number of residential care homes in the Southport area, was the match day sponsor and brought along a mixture of residents and staff who work at the various homes.  There were a number of changes in the first team as a result of injuries and students off to Uni but the line-up looked strong.

Southport kicked off and after an early infringement for offside the trusty boot of Jake put the home side 3 -0 up.  Southport were displaying great continuity in their play with the move of Forrest to number 8 giving Southport a strong carrying platform.  The referee was very strict on his assessment of holding onto the ball after the tackle and both teams were struggling to deal with this.

Tarleton were awarded a penalty but were unsuccessful however a couple of minutes later Jake Mann was awarded a penalty near the halfway line and slotted it home pushing Southport’s lead to 6 points.  At around the 20 minute mark Southport lost Danny Banks who was playing well to a head knock but an able replacement in Connor Rylands was able to slot into his position.  Southport then enjoyed a period of good field position but were unable to score a try despite being camped on the Tarleton try line. Tarleton’s lineout was operating efficiently and when Southport cleared their lines with a cross field kick Tarelton were able to break a tackle and score a converted try under the posts and were leading 6 – 7.

Tarleton enjoyed the wind advantage in the second half and kicked off but Southport started the half very brightly with Billy Nichol running well providing great momentum when he carried and it was only the last pass on a couple of occasions that robbed Southport of a try.  Eventually Tarleton, with the aid of the breeze won some possession in their own half and following a clever cross field kick scored in the corner giving them a 6 – 12 lead.

Southport were playing well and had the lion’s share of possession but were not clinical enough and eventually Tarleton with the wind helping their tactical kicking game, scored off the back of a rolling maul and with a tricky kick converted, were ahead 19 – 6.  Southport continued to dominate possession but could not nail their last pass however they must be hugely encouraged by their performance and the way they retained possession playing some attractive rugby.

Billy Nichol was awarded the Bar N’ista man of the match just edging out Forrest but the whole pack dug deep and performed incredibly well. 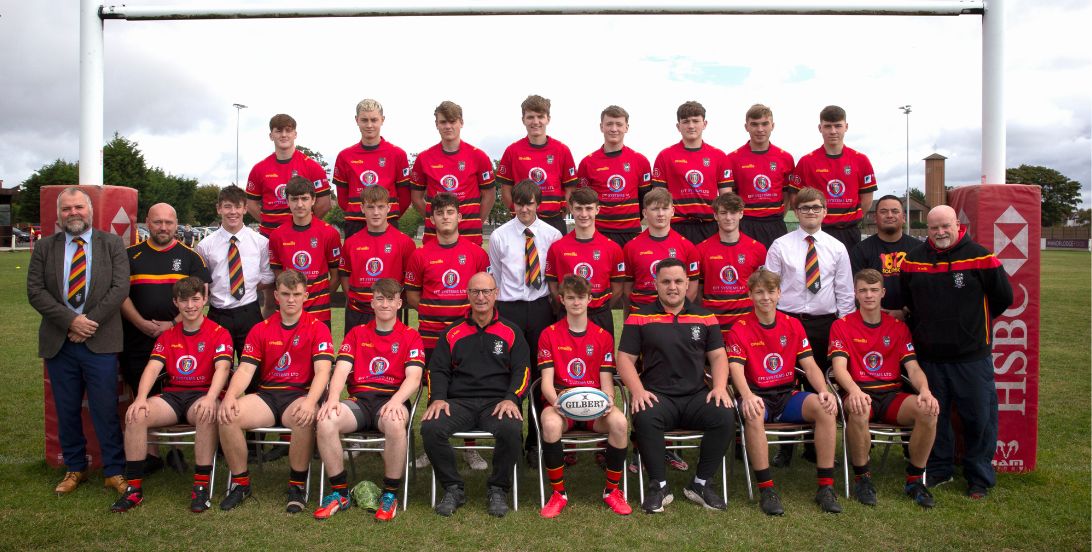 Southport Senior Colts welcomed Crewe and Nantwich to Waterloo Rd for a top of the table clash with both sides unbeaten this season.  Freddie Boardman was named captain in what was likely to be his last match for the Colts this season.

Two early penalties for each side saw the scores locked 3-3, before Boardman went over in the corner only for the ref to disallow the try for a forward pass. Southport continued to dominate the possession and great play from the forwards laid the platform for Boardman to finally get over for his farewell try and a 8-3 lead to Southport. However, Crewe got a foothold in the game and scored a try late on to lead 8-10 at half time.

Southport started the second half in great fashion. Jake Lawton caught a high ball in his own half, skipped by a few tacklers and off loaded a great pass to put Ed Sinclair away on the outside. He outstripped the defence for pace and scored under the posts and Jamie Brown slotted over the conversion as Southport regained the lead.

The game ebbed back and to, with both sides having chances and it was Crewe who scored next, charging down a kick to score near the posts for a 15-17 lead.

With time ticking away Southport continued to press for a winning score and their efforts were rewarded when the Crewe defence gave away a penalty and Jaime kept his nerve to kick it and edge Southport 18-17 up.

The last 5 minutes were a tense affair and the home team were grateful for a last minute penalty, which resulted in the ball going dead for a well fought win.

Man of the match was Ed Sinclair

Sefton visit Southport this Saturday (24th September 2022) with Advance Accountancy sponsoring the match which kicks off at 3pm.  The 2nd team are away at Chorley and 3rds are at home to West Park 3rds.

The Colts will be looking to extend their winning run against Rochdale at home on Sunday with a 12.30pm kick-off followed by the Ladies playing their first match at home against Broughton Park with a 2pm kick off.

Waterloo Road at Southport Rugby Club is the place to be over the weekend so don’t miss the guaranteed free entertainment on both Saturday and Sunday.