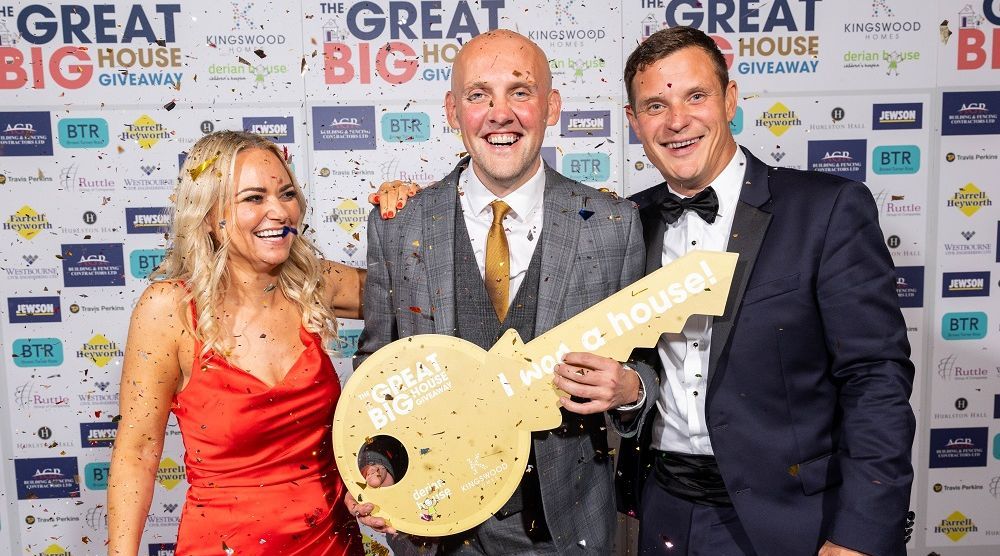 A support worker has won a brand new house worth £250,000 – after buying a ticket just days before the winner was drawn!

Charles Maughan, who works with adults with learning disabilities for a local authority, described the big win as “life changing”.

The house, on the Green Hills development in Feniscowles in Lancashire, will be home to Charles’ stepson Lewis and his partner Autumn, who are expecting a baby in November and are currently living in rented accommodation nearby.

Charles bought £75 worth of tickets in the Great Big House Giveaway prize draw, raising money for Derian House Children’s Hospice, after being sent the link to enter by partner Kerri.

She had previously bought tickets in the hope of winning the house for her son and unborn grandchild.

“When I saw my name on the big screen in front of me I just couldn’t believe it.”

Charles, who also operates a bouncy castle business at weekends, added: “This is massive for us, it’s life-changing. I didn’t enter it as a competition, I entered it because the money was going to such a good cause.”

The announcement was made at a fairground-themed gala ball, held by Kingswood Homes who donated the house, at Hoghton Tower on Saturday (17th September).

Upon seeing his name on the big screen, Charles stared in disbelief, then put his head in his hands while his family cheered in celebration around him.

The draw was carried out the day before, overseen by an independent witness, at the offices of Sterling Lotteries, who ran the draw on behalf of the charity. This was to allow necessary background checks to be carried out.

Charles and his family were invited to the ball and luckily they were able to attend, meaning the winner could be announced on the night.

A total of 22,374 people entered the Great Big House Giveaway, raising a phenomenal £357,489 for the children and young adults at Derian House Children’s Hospice.

With the proceeds of the ball, the total amount raised climbed to more than £400,000 – enough to run the entire hospice for nearly two months.

“The response to the Great Big House Giveaway has been fantastic, from the people who bought tickets to those who helped build the property. While we donated the house itself, it wouldn’t have been possible without the help of a range of businesses who’ve given their time or donated materials for the project. They say it takes a village to raise a child – it also takes a community of construction and property industry professionals to build and give away a house.

“The competition is life-changing not only for the winner and their family, but also the families supported by Derian House. The total raised is a testament to the hard work of everyone involved and will make a massive difference to the charity.” 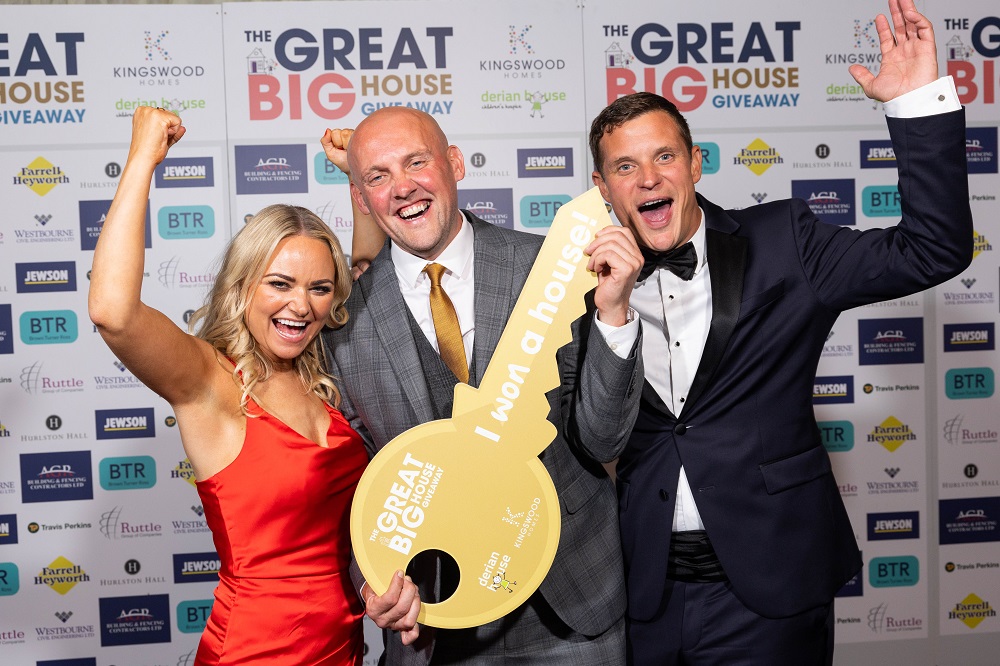 “We are absolutely over-the-moon for Charles and his family who are very worthy winners. The fact that they plan to keep the house and live in it is the icing on the cake. We’ve watched this house being built from the ground up, and we really hoped it would go to someone whose lives would be changed.

“The generosity shown by Kingswood Homes has been phenomenal and we are so very grateful. This has been the biggest fundraising campaign we have ever seen at Derian House and the huge amount of money raised will make a real difference to seriously ill children and young people from across the North West.”

For more details about supporting the work of Derian House please visit: www.derianhouse.co.uk