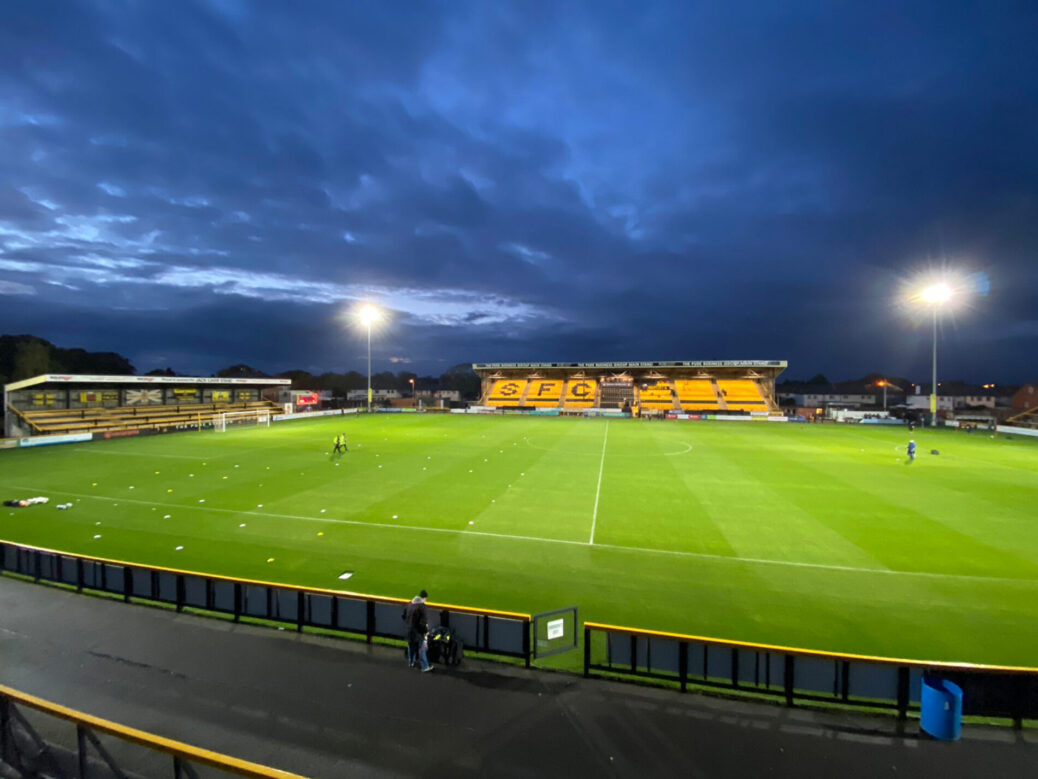 Southport FC is among clubs which will share £10million in funding to help them continue playing during the 2020/21 season.

The support will benefit the 66 clubs in the fifth and six tiers of English football, so that they can continue to play behind closed doors after the return of fans was paused due to rising infection rates.

The Sandgrounders were expected to be able to admit a limited number of socially distanced fans back into the Pure Stadium this month, but the move was reversed days before the start of the season due to rising Covid-19 cases.

Culture Secretary Oliver Dowden has now announced that National League football clubs including Southport will receive £10 million funding as part of a unique partnership with The National Lottery.

Alongside the support for clubs, National Lottery players will also get a range of benefits – including free tickets once stadia are safe to reopen, grassroots football opportunities, and VIP experiences at Wembley Stadium.

It comes after the Department for Digital, Culture, Media and Sport assured the National League that emergency financial support would be forthcoming so that it was able to start the season earlier this month. All 66 clubs are playing football this season as a result.

The are now waiting to discover further details of the funding.

The £10 million emergency support package, which will reach clubs quickly via the Football Association (FA), is in recognition of the important role National League clubs play in their local areas – being a source of pride to their towns, giving children opportunities to get active, and being at the heart of their communities.

Many clubs and their supporters have also been very active in their areas throughout the pandemic, rallying round to help the elderly and isolated, and raising money for front-line charities.

Oliver Dowden, Culture Secretary, said: “I know from a brilliant club in my area that National League football clubs are the beating heart of their communities and too precious to lose. This £10 million fund will provide a bridge to help clubs survive this immediate crisis whilst we work together on the safe return of fans.

“I’m very grateful to National Lottery players for getting help to these community clubs so quickly.”

Nigel Railton, Chief Executive of National Lottery operator Camelot, said: “The National Lottery has been making a huge difference to communities across the country for the past 26 years, so we’re delighted to be working with the National League and FA to protect these essential clubs and help them to continue the vital work they carry out in their local communities.

“Millions of National Lottery players love football, so our partnership will also see them receive a range of great benefits. It’s our way of saying thank you to our players, who make a difference every time they buy a ticket.”

Mark Bullingham, FA Chief Executive, said: “This financial support is crucial as these clubs are the heartbeat of their communities and it would be a travesty if they were not able to survive. “We have worked hard with the National League, Government and The National Lottery to make this happen and would like to thank everyone involved.

“The return of fans to stadiums remains a priority for us and we will continue to work with the Government and stakeholders across the game to reintroduce spectators in a safe way as soon as possible.

“Funding will be distributed to each of the 66 National League clubs to help cover their lost gate revenue from the delay to fans being permitted to return, that was originally scheduled for 1 October. The decision was taken to pause this relaxation of the rules on 22 September, in order to stem rising coronavirus infection rates across the country.

“Work continues to ensure fans can return to sporting events as soon as the public health picture allows. This includes the Sports Technology Innovation Group (STIG) – made up of medical experts including Deputy Chief Medical Officer Jonathan Van-Tam, sports authorities, and representatives from the tech sector – which is looking at innovative solutions to enable the return of spectators without the need for a coronavirus vaccine. The STIG will make recommendations to the government.”