Queenscourt supporters rise To The Moon And Back to raise £12,000 for hospice

Home Queenscourt supporters rise To The Moon And Back to raise £12,000 for hospice 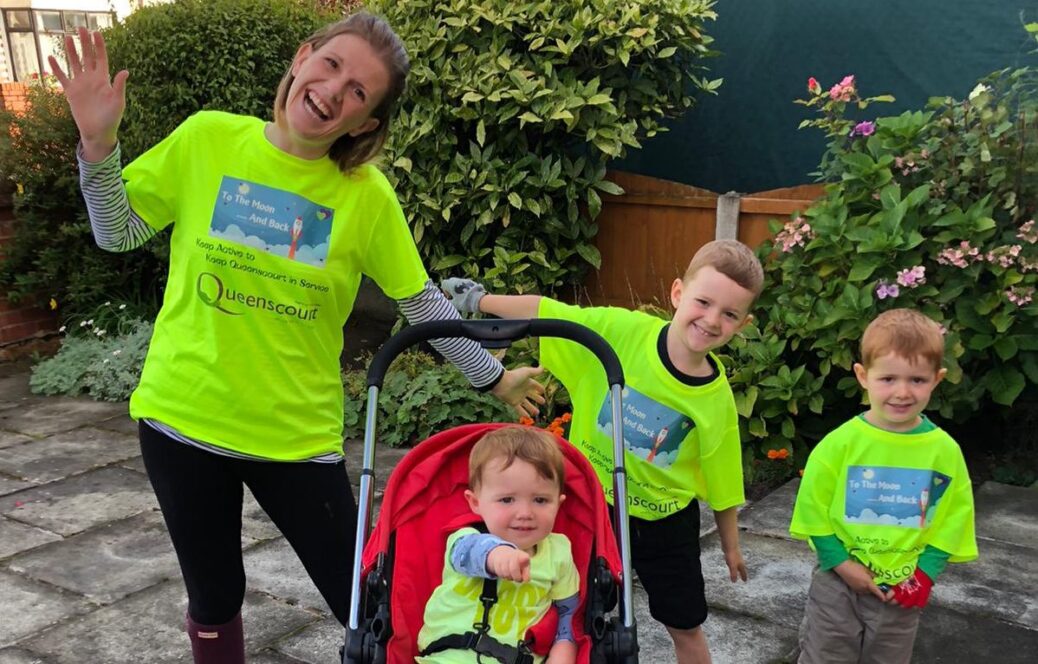 Supporters of Queenscourt in Southport certainly went the extra mile for the hospice during September while taking part in its To The Moon And Back fundraising initiative.

The campaign centred around Queenscourt’s very own Team Buzz, made up of 52 members of #teamqueenscourt, but quickly caught the imagination of individuals and teams from local communities who soon joined in.

So far they have collectively raised a fabulous £12,000 for Queenscourt, and money is still rolling in! 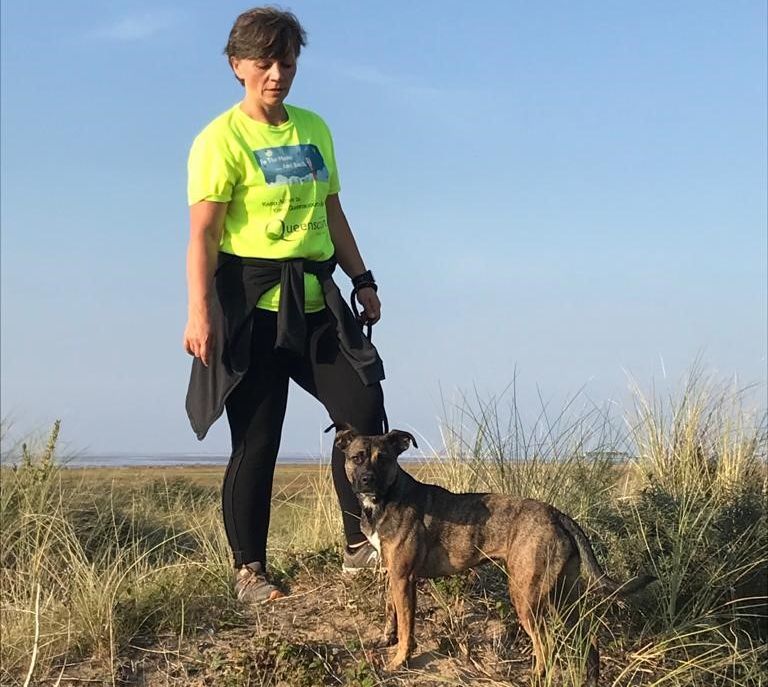 The initiative was the brainchild of Queenscourt Ward Sister Kristina Ackers, who, along with other members of #teamqueenscourt, wanted to find a way to offer fundraising support to the Hospice in these challenging times.

As a result Team Buzz was born and between them, the team pledged to walk a minimum of 2,000 miles during September – the distance representing the number of families Queenscourt supports in just one year. Team Buzz asked others to get involved by pledging to be active every day of September by either walking or doing some other form of exercise for an hour each day.

Team Buzz has exceeded their target, having already notched up 6,425 miles between them and many of them could be seen exercising outdoors in their bright yellow To The Moon and Back T-shirts. 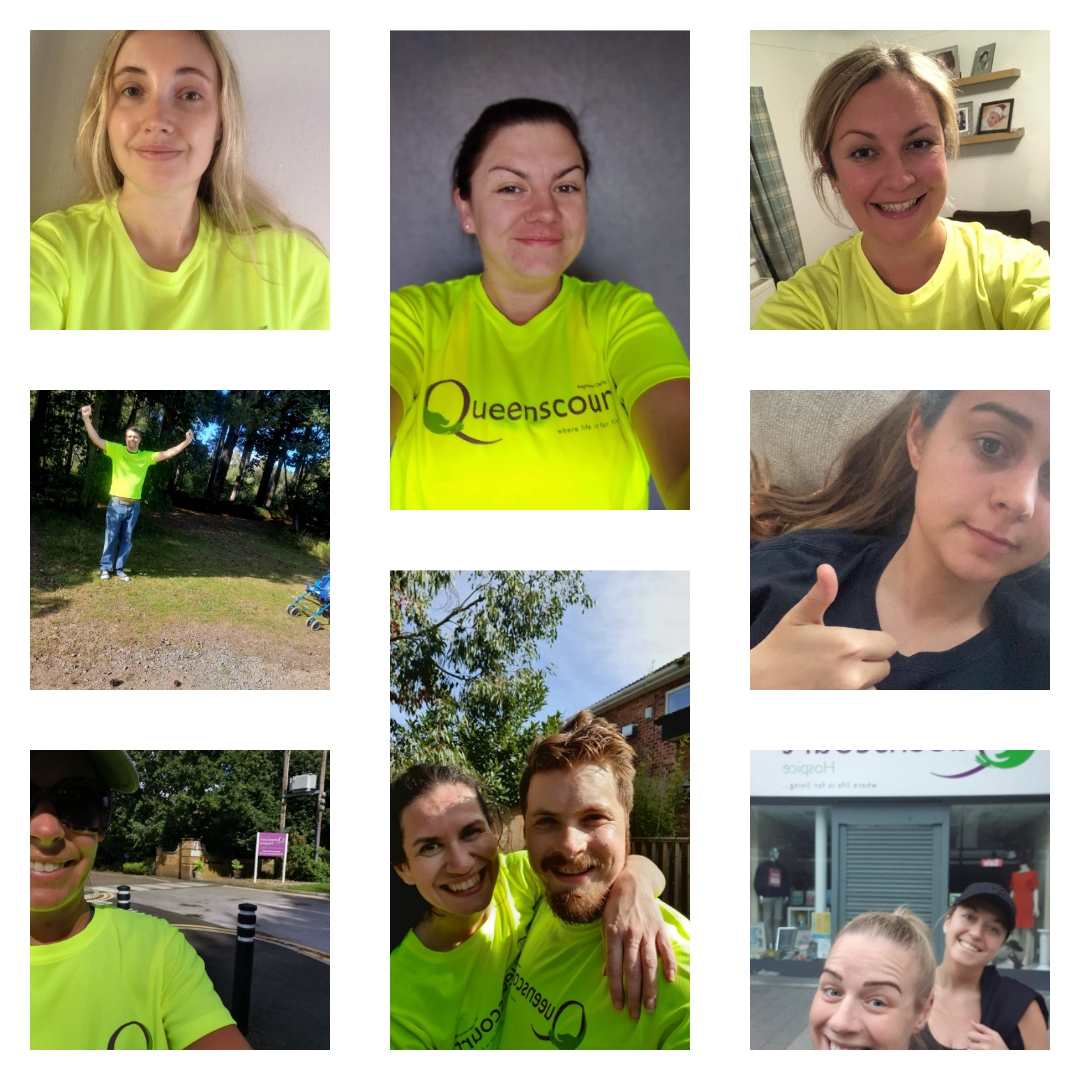 The Moon and Back Warriors

Top of the fundraising leaderboard are the Moon and Back Warriors, who raised a whopping £1,500. Team captain, Jade Taylor-Daly, said: “We have some members who had never heard of ‘walking’ or ‘exercise’ so this was a real challenge, but together we did it.”

The team were raising money in memory of Jade’s aunty (and second mum), Marie Ledwidge, who had been looked after at Queenscourt. “The staff couldn’t do enough to make sure that we as a family were looked after, and they made an awful situation feel a little less awful,” said Jade.

Other members of the Moon and Back Warriors were Marie’s daughter, Michelle Connor and her husband, Ben, and Jade’s husband, Gregg.

Second on the leaderboard is Sue Dawe, who raised an amazing £1,255 all on her own after clocking up an average of 96,000 steps a week, despite suffering some pain due to stenosis of the spine.

Sue took part in memory of her dad, John Jacques, who had been diagnosed with late stage cancer in 2018 and was cared for by the Queenscourt at Home team.

“Queenscourt at Home nurses looked after dad and also checked that we had everything we needed,” said Sue.

“What impressed me most was that it wasn’t all about dad, they were just as concerned about my mum and making sure that she was being looked after.”

Dianne Gillespie, Event Fundraiser at Queenscourt, said: “To The Moon and Back has proved to be a huge success and we are grateful to all of those who have taken part. It was wonderful to see so many people from our community get behind our Team Buzz and step into their walking shoes to raise money for us.

“It has been a particularly difficult year for us in terms of fundraising, with many of our usual events having to be cancelled because of Covid-19, so it is amazing to see that £12,000 has already been raised through this initiative.

“We want to thank every single person who took part – your support means so much #teamqueenscourt.”

There is still time to support Team Buzz by making a donation here: www.justgiving.com/campaign/qchmoonandback