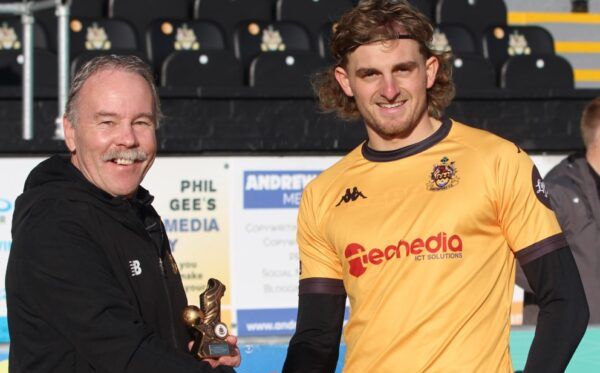 Southport FC snatched a late point equalising in the 94th minute in a game they dominated but looked like they were going to run out of time.

Scarborough were very solid in defence and until the late equaliser it looked like they were going to complete a classic smash and grab and go away with all three points.

The Scarborough goal came in the 13th minute and had a huge element of luck with the ball rebounding off Tony McMillan onto Dom Tear.

After that it was all one way traffic and chance after chance came the home sides way but the excellent Joseph Cracknell in the visitors goal was in great form along with a very solid back three.

Jordan Archer, Connor Woods, Josh Hmami and Tyler Walton all went close but it looked like it was not to be.

The goal came after 94 minutes 27 seconds, four minutes of added time had been shown but quite correctly the referee added time on in added time for the visitors time wasting and were made to pay. 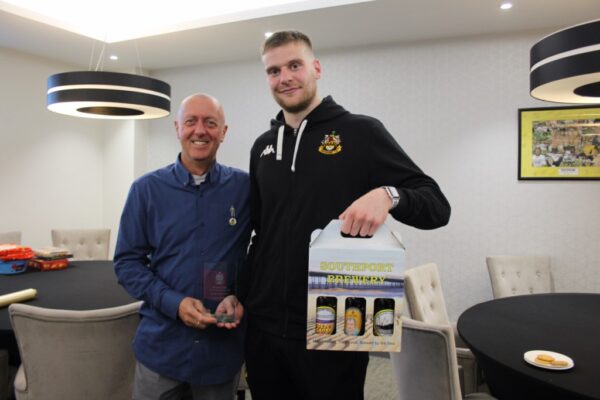 Connor Woods put the best ball of the afternoon in to the back post and Josh Hmami was on hand to head home to send the home fans into raptures.

Ironically in the sixth minute of added time Scarborough had the ball in the box and were appealing for a penalty but the referee waved the protests away much to the relief of the home fans in the ground.

The Southport Brewery Man Of The Match also receiving the Adam Le Roi Trophy chosen by the Vice Presidents on behalf of our Match Sponsor Bill O’Donnell was Declan Evans.

Jack Bainbridge was voted Southport FC November Player Of The Month by our supporters.