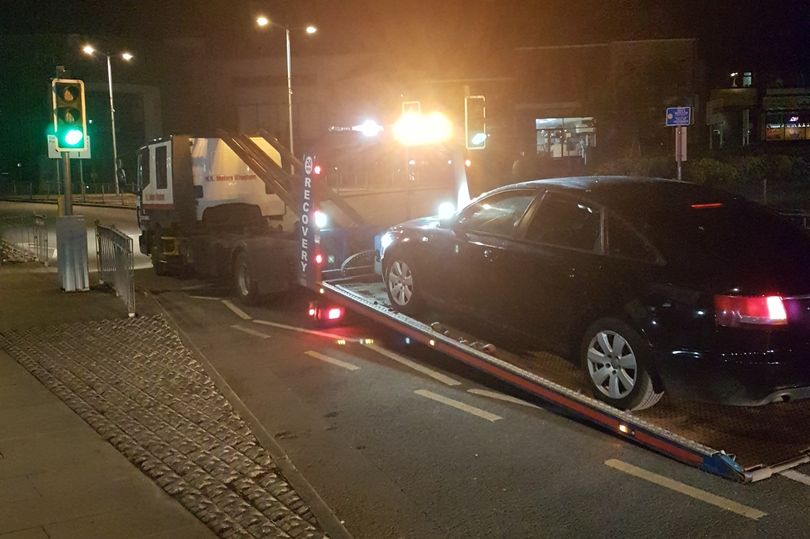 A Southport motorist caught breaching coronavirus laws by driving to Wales to buy a second-hand games console has had their car seized by police.

They included the freedom of people to travel – but those restrictions only apply to England, as stricter rules are in force in the rest of the UK.

The driver was caught in the Wrexham area of North Wales on Saturday night, the day before Boris Johnson’s speech.

North Wales Police said that the driver and their passenger were travelling to the region from Southport and had been hoping to collect a second-hand games console when they were stopped by officers.

The Southport pair’s motivation for travel was an evident breach of coronavirus regulations and as a result they were both issued with fixed penalty notices, typically costing £60.

The driver however also had no insurance so was reported for this – and had their vehicle seized.

North Wales Police said: “Travelling from Southport to Wrexham to pick up a used games console is not an essential journey.

“As such the occupants both received fixed penalty notices.

“The driver also had no insurance so the vehicle was seized and the driver reported for this also.”

It however wasn’t the only breach of lockdown rules reported by police in Wales at the weekend, – with a separate incident occurring in the Betys-Y-Coed area.

Officers stopped a vehicle near the rural Conwy village in the early afternoon as part of ongoing checks.

They found the car to be occupied by three people from the London area, in an apparent defiance of current guidelines.

As a result, the Roads Policing Unit have reported all those onboard for breaching Covid-19 regulations.

Both incidents come as officials urge the public that legislation and guidelines in Wales have not changed.

In a statement, Chief Constable Carl Foulkes said: “It is vital that we all continue to play our part and adhere to the restrictions set out by Welsh Government.

“Our policing approach has not changed. Enforcement remains a last resort, but in the event of blatant or persistent breaches, action will be seen as necessary and proportionate.”

He added that the public should “take comfort” that we are entering a preparatory phase and that “a return to a sense of normality is in sight.”