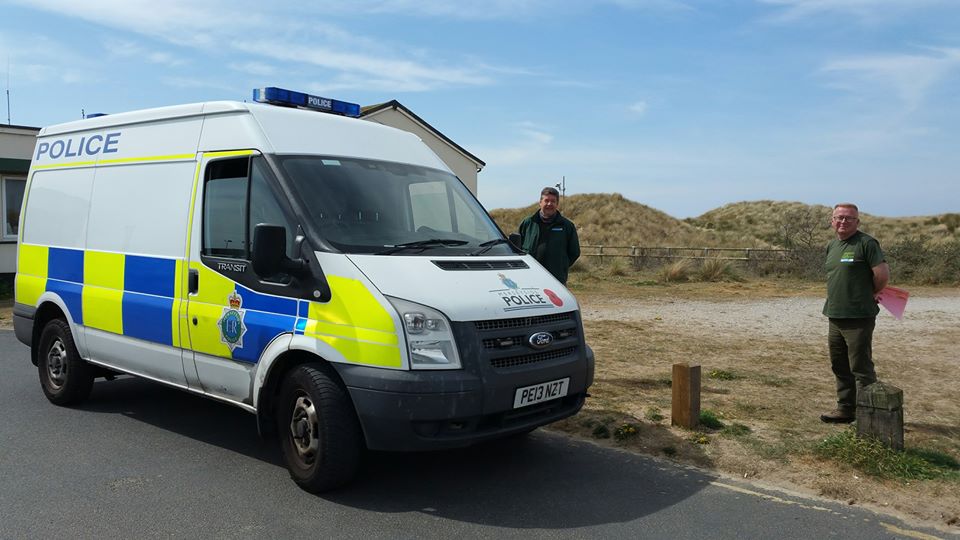 People have raised concerns over the prospect of more people driving to Southport and other seaside towns after Boris Johnson tonight relaxed some of the Government’s coronavirus lockdown measures.

Since the Covid-19 pandemic and the ensuing shutdown in March, people have been told to only exercise outside their homes once a day and to stay near where they live.

But the Prime Minister this evening told viewers that they will now be able to take more exercise, and can drive elsewhere to do so.

It was among a number of measures of part of Mr Johnson’s ‘road map’ away from the lockdown, which also says that people who can’t work from home may return to work tomorrow, and outlined when some schools and businesses may reopen.

People in Southport tonight gave their reaction to the news, with some of them raising their concerns about more visitors to Southport.

Speaking on the Stand Up For Southport Facebook page, Cas Smith said: “How will they rely on monitoring areas if people are told they can drive to exercise? Southport is going to be packed. We need to follow Scotland’s guidelines, they make sense.”

Joanne Larkman said: “So what’s going to happen is people are going to jump in their cars for a trip to the seaside to do their exercise. Or if you decide to go to Snowdonia national park expect to be turned back as Wales is still shut.”

Liz Savage, who stood as the Southport Labour candidate at the last General Election, said: “Our seaside towns tend to have an older population. Encouraging people to exercise away from their local towns could lead to an increase in outbreaks in these areas.  I do hope I’m wrong. The latest government message appears woolly and foolhardy.”

She also raised concerns over proposals for Year 1 and Year 6 children to return to primary school in June.

She said: “How on earth do you get 30 children to socially distance? It’s hard enough to get them to wash their hands properly!”

Sue Smith said: “As a teaching assistant I am very worried about heading back too early. “Children are a minefield of germs so they can’t guarantee anyone’s safety. I would love to be back with my class but I have asthma and other health issues so am very worried about this. I have read so many replies on here as parents are saying they are not sending their children back till September.” Police have thanked people in Southport and Formby for staying home over Easter and respecting government advice over the spread of coronavirus. Police on patrol in King’s Gardens in Southport.

Others backed plans to raise fines for any caught breaking social distancing rules.

Linda Johnstone said: “I think we need to come down harder on people who flout the rules.

“Personally I’m not changing anything, I’ll work from home and only go out for shopping and exercise, as I’m worried about a second wave.”

Caitlin Halfpenny said: “Political opinions aside I have no idea why this pre-recorded message couldn’t have come earlier to at least reduce the number of people out and about Friday and and Saturday!

“It’s as ambiguous as I expected but any statement would have been better than just letting the 7th pass by and allowing the media to post up that ‘lockdown was over’ based on Johnson’s comment about easing restrictions in the House last week.”

Aliosn Barton said: “Many people on these threads keep on saying it is too soon to release the lockdown. The PM can only go on the progress of the virus so there is no chance of detail… the Govt are damned if they do and damned if they don’t.”

Jed Baker said: “Bit concerned that opposition leaders and mainstream media news outlets seem to think it was confusing, was crystal clear to me.”

Ian Bryden said: “I was disappointed to find that the road map is reasonably intelligent. “Essentially, we can do what we want as long as we maintain social distancing. The difficulty is that many people seem to not have a clue of what two metres looks like.”

Tony Gibbons said: “Keyboard warriors already had their criticism prepared before Boris opened his mouth. The problem with anyone preparing a foolproof plan is to never underestimate the ingenuity of complete fools.”

Steve Mitchell said: “I think it’s a 50/50 split, no right, no wrong. Some folk want to go out and some don’t. Some will support Tory and some won’t. Everyone has their own agenda so they’ve got the choice, go to the park but keep their distance or stay in, nobody is making them go out.

“The only real issue is if your workplace is reopening and you’re worried about going in.”