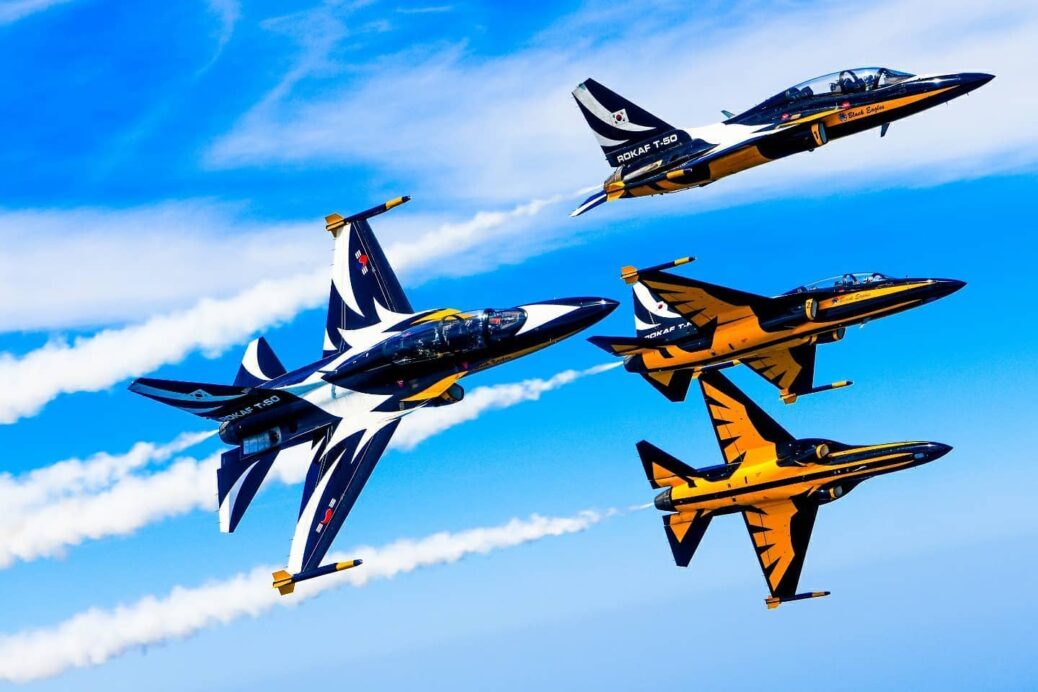 The Asian nation’s Black Eagles aerobatic flight team, will be jetting into the resort for the iconic Southport Air Show on Saturday 9th and Sunday 10th July 2022

News of the Black Eagles visit to Southport has already garnered headlines across the aviation world for this one of a kind display, which will see eight KAI T-50B planes, specially-painted in their trademark black, white, and yellow, take part in a series of jaw dropping and awe-inspiring aerial manoeuvres.

The eight Black Eagle pilots will be thrust to the back of seats, experiencing G-force nine times greater than Earth’s gravity in their supersonic jets.

Famed for their pinpoint accuracy and sophisticated flying displays, the Black Eagles will stun visitors to the Southport Air Show with their jaw dropping aerobatic display.

The team’s supersonic trainer aircraft are being brought to the UK for just three shows this year.

Cllr Marion Atkinson, Sefton Council’s Cabinet Member for Regeneration and Skills, welcomed the news, saying: “To have Southport Air Show as the first stop on a 2022 UK tour of the South Korean Air Force is an incredible feat and goes to show how huge our event is in the calendar.

“The Black Eagles display is one that cannot be missed and will compliment a fantastic roster of displays already announced including the return of our very own Red Arrows, the RAF Typhoon and the emotive Battle of Britain Memorial Flight display.”

Tickets for general admission to the Southport Air Show are £10 and for the first time under 16s are free.

Visitors can also purchase exclusive tickets to watch the show from the Pier. These tickets are subject to limited availability.

For more information visit www.Southportairshow.com or call the ticket hotline 03445611816.