Nostalgia: Horror as The Kingsway nightclub in Southport burned down 10 years ago today

Home Nostalgia: Horror as The Kingsway nightclub in Southport burned down 10 years ago today 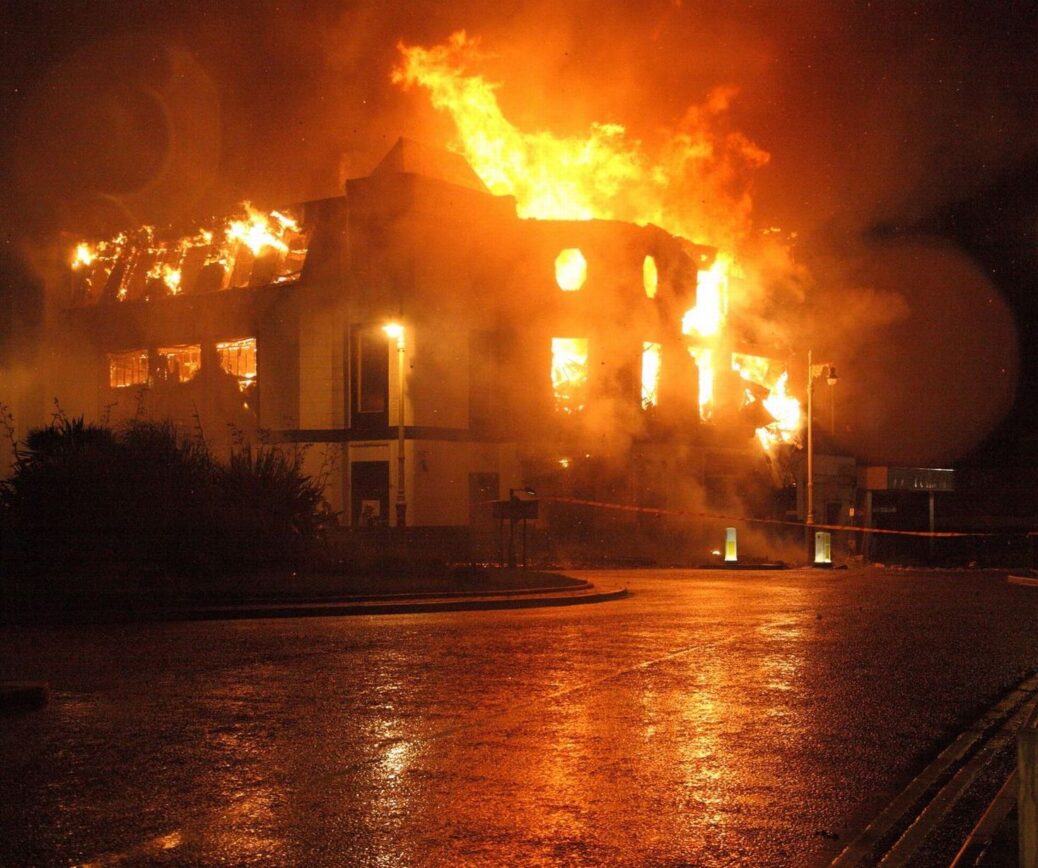 Today marks 10 years since the grim night Southport’s legendary The Kingsway burned to the ground in a huge fire.

Hundreds of people stood in shock and watched in horror as we lost the iconic building, which as a casino and nightclub hosted big stars such as The Beatles, Tom Jones and Cilla Black.

The true cause of the fire on Monday, September 6, 2010, has never been established, although arson was suspected.

The venue, which was built in 1931, was a landmark venue in the town for generations of Sandgrounders and the venue’s loss is still felt keenly today.

On the night it caught fire, over 50 firefighters battled 80ft flames which engulfed the three-storey building.

Seven fire engines and two aerial units were called to the site on The Promenade just before 8pm.

They used high pressure hoses to beat back flames sweeping all three floors of the historic nightclub, also known as Bliss and Astoria before it closed its doors for the last time in 2006. 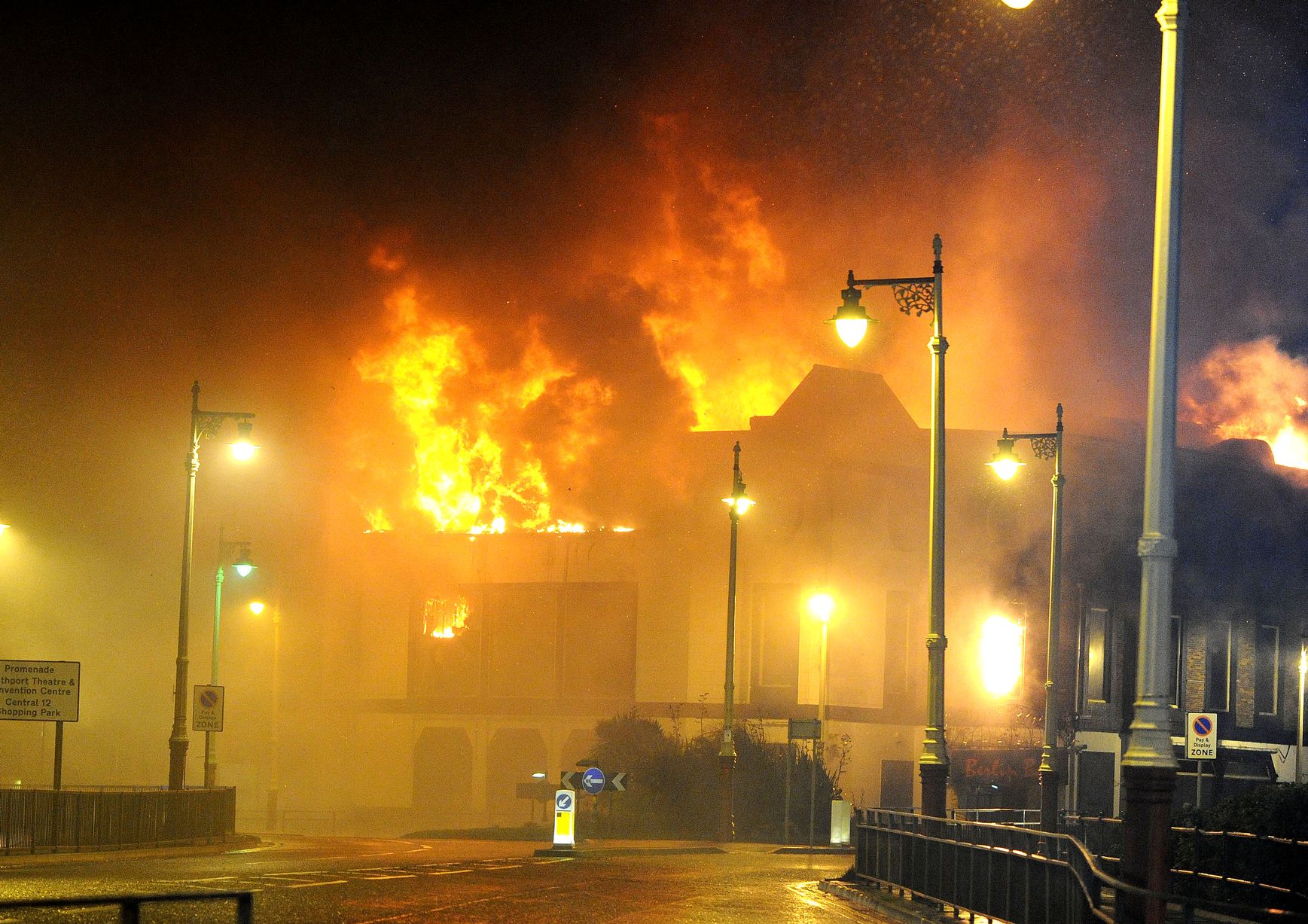 The Kingsway nightclub in Southport on fire on September 6, 2010

Battling the blaze in a fight that lasted more than 15 hours, fire crews travelled from 17 fire stations around Merseyside in a bid to save the iconic structure.

Station manager Ian Crichton said at the time: “I got to the Kingsway within 20 minutes and was there for five hours.

“It was a very well developed fire, involving three floors. It was very well established by the time we arrived.

“Obviously from the extent of damage that we were looking at, surrounding and protecting the nearby public and properties was a priority.”

He added: “We knew that the building was going to collapse due to the extent of the damage.

“It was far too dangerous to actually go in. We used two specialist aerial appliances to keep a safe distance away.

“The attending crews worked very hard and well throughout the fire.”

Torrential rain did little to dispel the flames, with onlookers hundreds of feet away able to feel the heat.

Despite the dangers many local people even drove into the resort to witness the end of a prominent landmark.

Stand Up For Southport co-owner Andrew Brown said: “I remember being there that night. It was heartbreaking to see.

“There must have been hundreds of people there watching as firefighters tried in vain to put out the huge flames. The mood was very solemn, people were very shocked.

“It holds a special place for so many local people.”

Mark Wright, bar manager of the nearby Clifton Hotel, said at the time: “We saw flames coming out of one window at about 7.45pm and called the fire brigade.

“A lot of people are watching from our bar and we’re having a pretty busy night.

A spokesman for Merseyside Fire and Rescue said that the blaze was started by “suspected deliberate ignition” but a police investigation was unsuccessful in finding out what happened.

Built in 1931 the Kingsway hosted performances by Cilla Black, Tom Jones, and according to local legend the first performance of The Beatles’s classic line-up.

Ringo Starr is said to have taken over the drums from a sick Pete Best there in the early ‘60s. 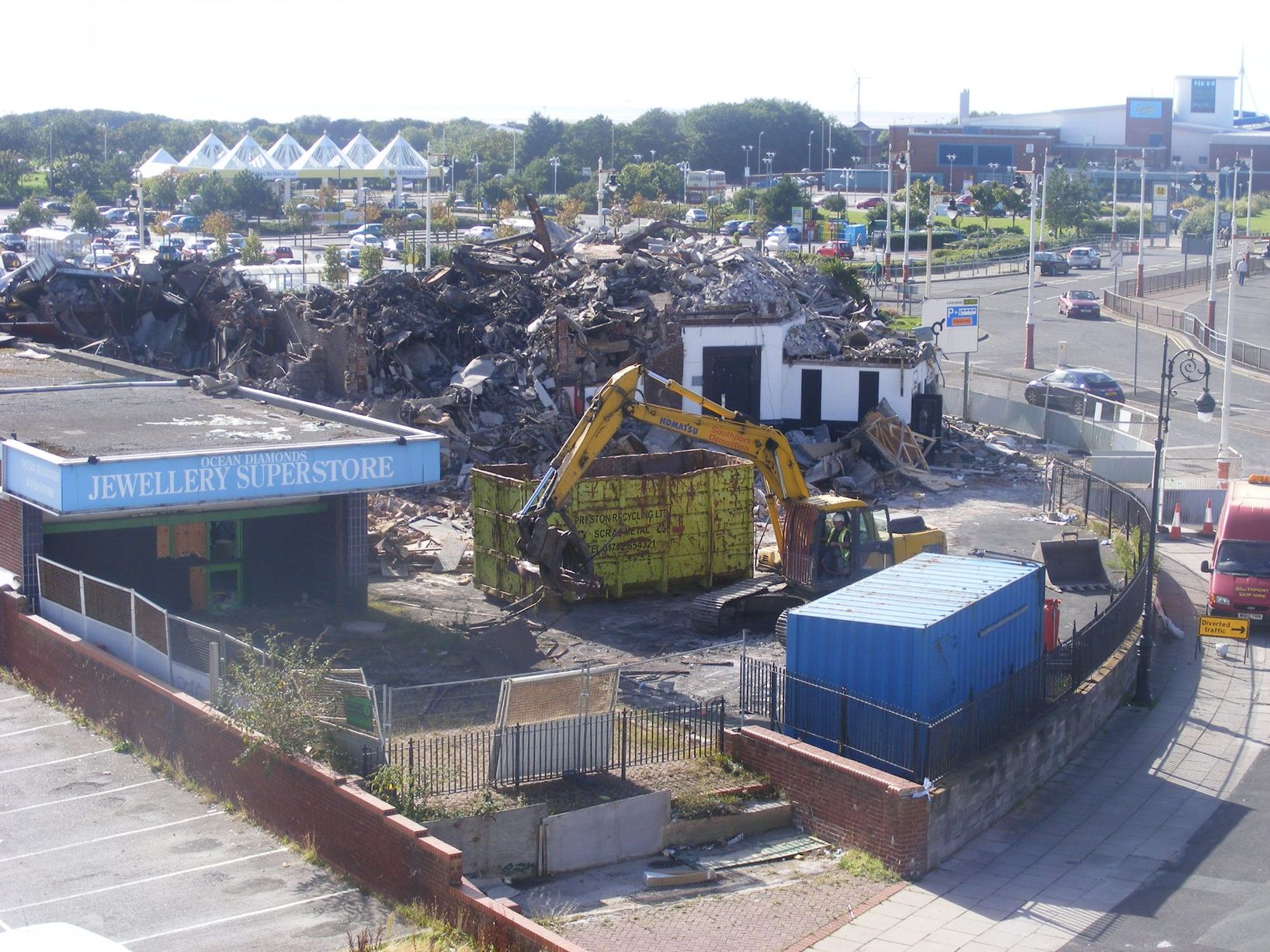 Eyewitness Erhan Yazgan, of Turkish Delight takeaway, said: “Apparently I was the first to see it.

“I phoned up 999 at 8.03pm. I came back from delivery and saw a little light coming out of the window, it was really, really small at first.

“From that it spread to the next window.

“I watched it for about one hour, the smoke was going all around the building, it spread very quickly.”

Erhan added: “The original Kingsway was very good, I had a lot of good nights out there.

“Kids played in the building although it was derelict. Last Thursday I parked my car in their car park and at about four o’clock I caught four kids going in. I told them not to because it is dangerous but I saw kids going in there all the time.”

Student Hayley Gore said: “I don’t think the building was in that bad a condition.

“Obviously a new building might bring new tourism. But it is a crying shame.”

Hannah Boydell said: “It is awful, but thank God no-one was hurt. 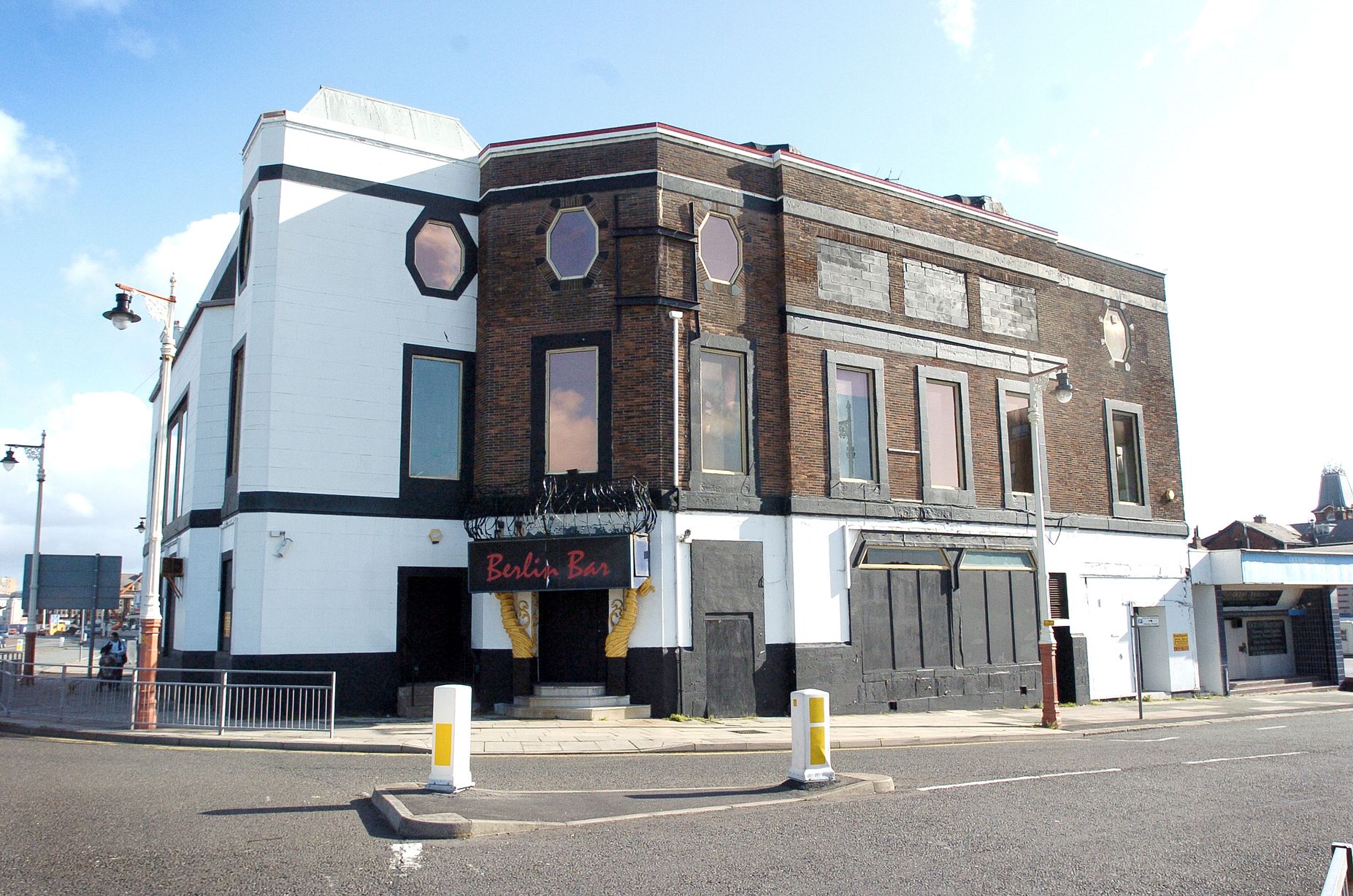 The Kingsway nightclub in Southport in 2009

“It made me sad hearing and reading about it.

“So many Southport people had a lot of memories there and they just had to stand back and watch as they all burnt away.

“Everyone knew the Kingsway building, young and old, and now it is not there. I am sure so many local people will feel a bit of sadness each time they drive or walk past where it used to stand.”

Michelle Porter said: “I had the best times of my life in there in the ‘80s.

“I had fab times, from midering the doormen to letting us in for free to the whole layout of the place.

“It was a good old fashioned nightclub.

“I remember the dance floor in the middle with tables and chairs around it, waiting for some guy to ask you for the last dance.

“I remember ‘I Will Survive’ by Gloria Gaynor being played a lot, and Lionel Richie.

“A lot of football players used to go there as well, like Steve McManaman and Robbie Fowler.

“It was the sort of place you could go in alone and see someone you knew.

“The Kingsway was the place to be seen and everyone went.

“I am sad about the fire as I think the place holds so many memories for the people of Southport.”

Do you remember The Kingsway nightclub in Southport? Do you have a story for Stand Up For Southport? Please message Andrew Brown via Facebook here or email me at: mediaandrewbrown@gmail.com