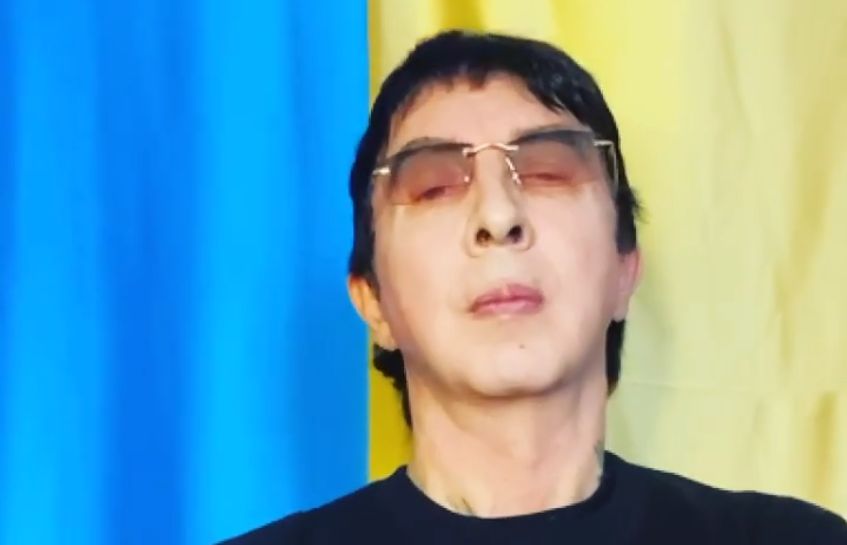 Renowned Southport musician Marc Almond has recorded a moving Ukrainian folk song to raise funds for people whose lives have been devastated by the war in their country.

The star, who has sold over 20million singles worldwide with hits including ‘Tainted Love’ and ‘Something’s Gotten Hold Of My Heart’, is asking people to download copies of ‘What A Moonlit Night’ for a small donation of £5. People are able to make a further donation if they wish.

All the money will go to the Ukraine Humanitarian Appeal.

Marc, who was born in Southport and studied at King George V Sixth Form College and at Southport College, said: “Looking for a Ukrainian song, with a view to recording one for one of the Ukrainian funds, I came across this beautiful folk song from the 19th Century called What A Moonlit Night or Moonlit Night.

“It’s a song that Ukrainians know from childhood and already it is posted on line as a song dedicated to brave Ukrainians.

“There are many lovely versions but the version that struck me as really wonderful and moving was by the Gimnazija Kranj Symphony Orchestra arranged by Diana Novak and composed by Mykola Lysenko with lyrics by Mykhailo Starytsky. Martin Watkins used this version as the inspiration for his arrangement of the song.

“The wonderful and generous members of my band added their parts, recording at home so as to not incur costs. We all wanted to be a part of the track. Thank you to: Martin Watkins for his arrangement, piano and MD; Neal X for guitars, mixing the track and helping me with the vocal recording; Martin McCarick for accordion; Kimberlee McCarrick for violin; Hugh Wilkinson for drums and percussion; Phil Bloomberg for double bass; Natasha Whitmore for Clarinet. Thanks to all of them for giving their time.

“I sadly cannot sing in Ukrainian and couldn’t find someone to help me at short notice so I hope Ukrainians will forgive me singing a beloved song in English. I based my lyrics on a traditional translation but added my own touches to make it work for my English version.

“The song is not political as such but it references the beautiful nature of the country as a setting for the comfort and support of a friend or lover and a feeling of bravery, not being afraid of the night gives it relevant meaning. The reference to the night being so bright that you can collect needles is typically Ukrainian in the original song.

“You can download the song for a small donation of £5. Once you have completed purchase you will be forwarded to a unique page where you can download the track as either a MP3 file or as a ZIP file – you will not be emailed a separate link. There is a separate button to make an additional donation for those that wish to, it would be appreciated and very generous. It is not really about the song as the song is just a vehicle for the donation.

“All the money will go to the Ukraine Humanitarian Appeal.

“There are a few funds but I think this is a good one as every penny is matched. It doesn’t go towards military things but to the aid of the displaced and suffering.”

Marc is hoping that the war ends soon – and that he will be able to visit the beautiful country for the first time.

He said: “I’ve never been to Ukraine, every time it looked like I was going to go it sadly fell through.

“A couple of years ago I was finally given some Ukrainian dates that looked like they were finally going to happen but then the pandemic happened. I hope one day I get to go there. Thank you so much.”