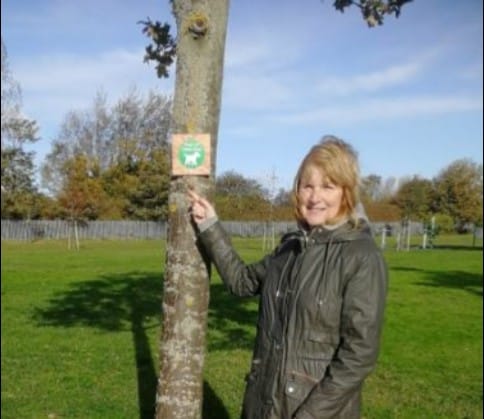 Plans to introduce new rules for dog owners in Sefton have been postponed.

The new Public Space Protection Order (PSPO) for dogs was due to have been voted on at the full Sefton Council meeting last night (Thursday).

It would have backed a number of rules for owners, over where they could and couldn’t walk their pets, while also having the ability to impose on those who break the rules.

But the scheme has now been put temporarily on hold so more time can be taken to examine the issues involved.

“Many residents contacted me expressing concern calling for greater clarity particularly around zones for dogs off lead.

“Under the previous PSPO lack of appropriate signage and confusion over zones meant many  law abiding Citizens found themselves being hit with penalty notices and fines.

“I am pleased to report after representations were made, the Cabinet Member has now agreed to defer the PSPO for further consideration.

“This will include proper assessment of our parks and green spaces.

“It is only right that this is properly thought through – before agreeing rather than afterwards. Hopefully we can then  avoid the confusion and errors made under the previous PSPO and ensure any signage is clear and well defined.”

A report before councillors last night revealed that complaints over dog fouling in Sefton during the initial PSPO had nearly halved while alerts over dangerous dogs fell to a third of what they were.

Proposals call for the inclusion of eight rules which have been in place under the previous Public Space Protection Order, which ran for the past three years.

An organisation called Freedom For Dogs – Sefton however will be urging councillors to revoke the order, saying laws already exist to promote responsible dog ownership and the proposed rules would be “a sledgehammer to crack a nut”.

In the last three years, the council has employed a private firm, NSL Ltd, to enforce rules for owners.

Those caught breaking the rules face fines of up to £75.

The original rules were made in 2017 but need to be renewed now, with a couple of changes set to be made with a number of original rules carried on, following public consultation.

They follow thousands of complaints in recent years in Sefton over dog fouling, aggressive dogs and stray dogs.

The 8 existing rules due to be carried over are:

2 – Restrict the number of dogs that can be walked by one person to a maximum of 6.

Councillors also want one new rule introduced, which will mean that dogs must now be kept on leads of not more than 2.0 metres in length within unfenced (open) playgrounds.

However, two requirements / restrictions would not be included within the proposed PSPO

1 –  Dogs to be kept on leads within a golf course

A £75 fixed penalty notice (£50 if paid within 10 days) can be issued if dog owners fail to comply with the requirements / restrictions within the Order.

Public space protection orders can be made by councils where activities take place that have had a detrimental effect on the quality of life of those in the locality, such as dog fouling.

Freedom For Dogs – Sefton has written to the council, saying: “We argue that the PSPO actually targets and criminalises dog owners who are already responsible, while it does not even begin to tackle those who do not observe basic consideration for their wider community.” The new proposals have been backed by Merseyside Police however, with Superintendent Graeme Robson of Sefton Community Policing saying: “From a police perspective we recognise the impact that dogs can cause if they are not looked after responsibly and they to cause concern to people so having some restrictions that can be publicised and enforced not only gives us the opportunity to take action against people who breach the order but also give the public some reassurance about what we are doing to protect them. We continue to support the proposed PSPO.”

During the consultation a significant number of people identified that signage used during the initial PSPO was not good enough.

Sefton Council said a review of signage would be necessary, with new signs due to cost £10,000.