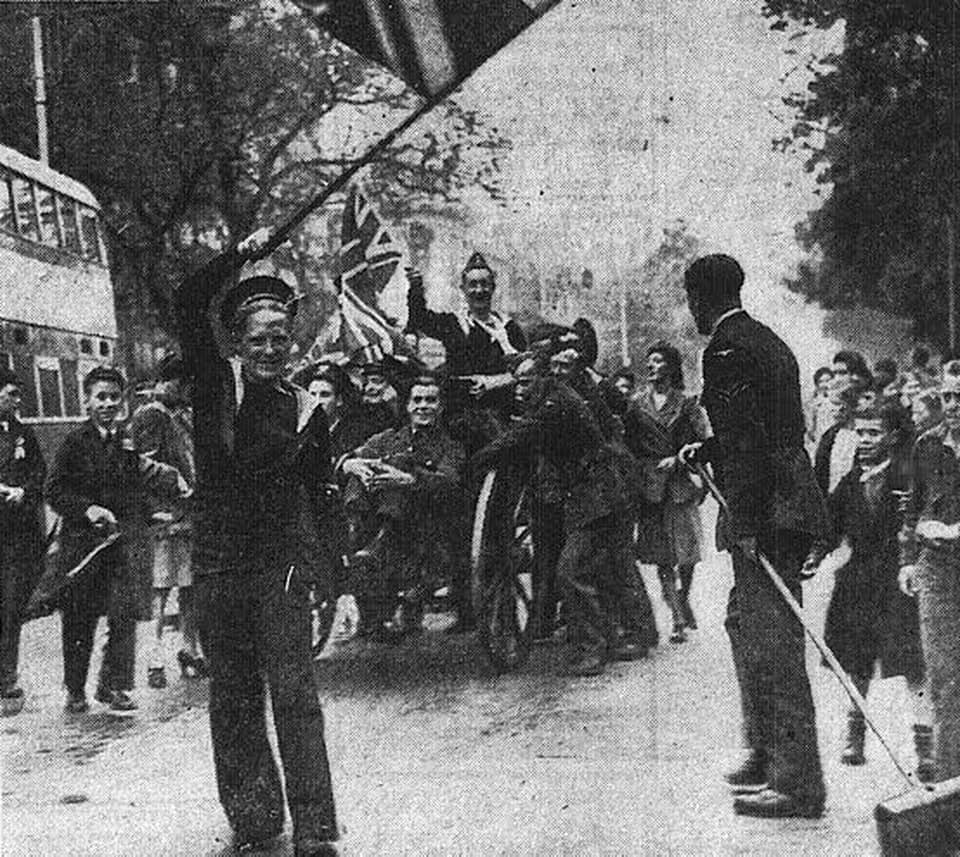 This is how people in Southport celebrated VE Day.

The end of the war in Europe, signalled on May 8, 1945, marked the defeat of Hitler’s Germany and their European allies after six years of brutal conflict. World War Two still continued in the Far East against Japan, with the war finally ending in August 1945.

But VE Day was a cause for huge celebration. In Southport, thousands of civilians and servicemen gathered around the Monument on Lord Street to hear the King’s Speech on VE night.

Street parties took place on  roads across our town.

VE Day 75: ‘We put away our gas masks as we held our street party in Southport’

Flags and banners appeared as if by magic, many of them relics from the Coronation celebrations in the 1930s.

Tuesday, May 8, 1945 was a warm day, and crowds were out everywhere. At 9pm a speech by King George VI was broadcast and it seemed people everywhere wanted to listen to it at outside venues rather than inside their own homes.

The Southport Visiter published that day led with the headline ‘End Of The War In Europe’ with the subhead ‘To-day is VE-Day: The King Broadcasts Tonight’. People in Southport celebrate VE Day on May 8, 1945. Crowds gather on Lord Street in Southport to await the King’s Speech on VE Day 1945.

The newspaper said: “This is VE-Day – the day that has been awaited with such great expectancy. The news has been received with profound thankfulness.”

The Southport Visiter suspended publication of the Thursday edition to give its staff the preceding days off.

People had been busy preparing for the festivities.

People in Southport celebrate VE Day on May 8, 1945. A VE celebration on Warren Road in Southport

The Visiter said: “Up to a late hour the finishing touches, including those at the Town Hall and the Municipal Buildings, were being applied.

“The traders rose to the occasion admirably. The flags of the principal United Nations were fluttering everywhere.

“The streets in the centre of the town and in the outskirts too presented a gay picture with their profusion of flags and bunting.” People in Southport celebrate VE Day on May 8, 1945. LAC Sidney Allen from the RAF is just in time to serve tea at the children’s VE Day party at Russell Avenue in Southport.

Midnight music and dance licence extensions were granted. The Southport Special Constabulary Band played in the Floral Hall Gardens and in the Municipal Gardens on Lord Street.

There was non-stop dancing in Cambridge Hall on VE Night and the following night led by Billy Bevan’s and the Southport and Birkdale Postal Military bands.

DO you have a story for Stand Up For Southport? Do you remember the VE Day celebrations? Please message us via Facebook or email Andrew Brown at: mediaandrewbrown:@gmail.com