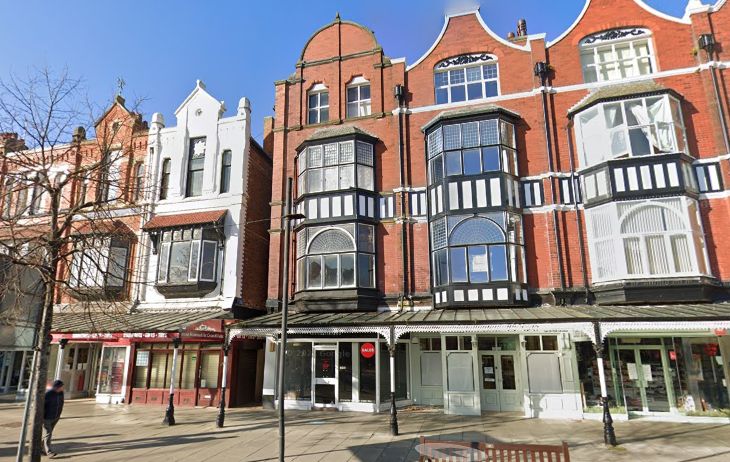 Vacant office space in a Grade II Listed 19th century building on Lord Street in Southport could soon be converted into new aparthotels.

Southport Real Estate Ltd has submitted a planning application to Sefton Council to change the use of the first, second and third floors at 179-181 Lord Street into three self-contained aparthotel units.

The Victorian era building, within the Lord Street Conservation Area, is believed to have been built in 1895.

The commercial unit on the ground floor will be unaffected by the plans.

Architects Hunter Haus, based in Banks, are designing the scheme on behalf of Southport Real Estate Ltd.

In their application, they said: “The existing building use is split in two with a contained commercial unit within the main front portion of the site.

“The rear portion of the building is not currently in use and contains what was office space associated with the building’s previous uses.

“It is proposed to refurbish this rear portion of the building by the addition of a communal lift, converting the upper floors (former offices) into three high-quality aparthotel units (serviced apartments). There is no change to the front portion of the site.

“The proposals only look to utilise an under-used and vacant area at the rear of the application site enabling the whole building to be brought back into use.

“The proposals would provide much needed regeneration for this area and encourage further investment.”

There would be one two-bedroom aparthotel unit per floor. The units are efficiently laid out, having open plan kitchen / living areas.

The application site lies within the Lord Street Conservation Area and is a Grade II designated Heritage Asset.

Hunter Haus said: “The proposal is acceptable in principle and will preserve the special architectural and historic interest of the Listed building.

“The proposal will preserve the character and appearance of the Lord Street Conservation Area and will not cause any harm to the amenity of neighbouring properties. It therefore complies with local policies and should be recommended for approval subject to conditions.”