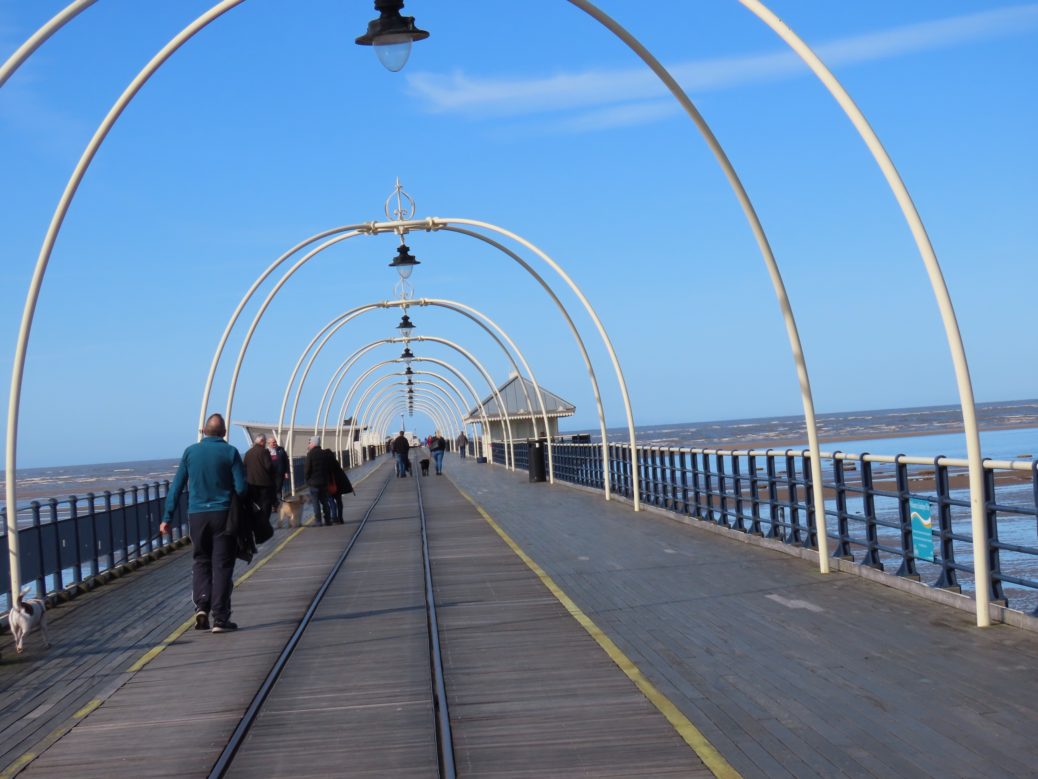 The 2021 Which? Guide to the best British seaside resorts has been revealed – showing where Southport does well and where we need to improve.

The survey of more than 4,000 people ranked nearly 100 towns and villages and put Bamburgh, in Northumberland, at the top with a customer score of 85 per cent, with five stars for its beaches, tourist attractions and scenery.

Southport was placed 85th, with a Customer Score of 60%, falling from 73rd last year.

Several respondents mentioned Southport Pier, the promenade, parks such as Victoria Park, Botanic Gardens and Hesketh Park, and the British Lawnmower and lawnmower museum as highlights of the resort.
One respondent said: “Southport is lonely and beautiful, and never overcrowded. Peaceful and miles of walking.”
On the negative side, one respondent said they felt the shopping area had deteriorated recently.

Lytham St Annes, in 26th, was the highest rated of nearby resorts on the Lancashire coast. New Brighton was placed 83rd, just above Southport.

However Southport was rated higher than resorts including Blackpool, Fleetwood and Morecambe. Skegness finished last in the survey for the second year running.

The Which? Guide to the best British seaside resorts demonstrates just why Southport needs investment through the Town Deal, which is pledging to spend £38.5million from the Government on a range of projects to improve Southport’s standings as a seaside resort.

They include the creation of a new theatre, conference and events centre; a spectacular light show in the Marine Lake; and funding to support the transformation of Southport Pleasureland into an all-year attraction.

Town Deal funding has also supported the creation of “a boulevard of lights” along Lord Street by Southport BID, and the £1.4million conversion of Southport Market into a new food, drink and events hub.

With categories rated out of five stars, Southport scored the highest with three stars in: Seafront & Pier; Shopping; Entertainments; and Peace and Quiet.

Bamburgh, in Northumberland, with its vast sandy beach and castle view, was named the country’s best-loved coastal destination.

It is one of a number of smaller, less crowded holiday resorts that have been listed as the nation’s favourites for a staycation visit.

With more people expected to book a holiday at home than ever before as a result of the Covid-19 pandemic, Which? sought out views on Britain’s coastal towns and villages.

Visitors rated nearly 60 British seaside destinations at 70 per cent or above, while 30 were awarded four or five stars for peace and quiet.

Tynemouth, in Tyne and Wear, took joint second place alongside Dartmouth in Devon. Both received a visitor score of 84 per cent, and five stars for their seafronts, while Tynemouth was given five stars for its beach and seafront, and four stars for scenery.

St Andrews was named as Scotland’s best beach town. Busier than some of the other destinations at the top of the table, the ‘home of golf’ earned its high ranking thanks to its five-star-rated tourist attractions.

Aberaeron was named the best seaside town in Wales, with a customer score of 82 per cent. The quiet harbour town was given five stars for its scenery, with visitors commenting fondly on the painted houses in pastel colours.

Languishing at the bottom of the table for the second year in a row was Skegness, seen as being stuck in the past. It scored a lowly one star for its tourist attractions and scenery, and its beach was given three.

Other destinations at the bottom end of the table included Weston-super-Mare (55 per cent), Ilfracombe (56 per cent) and Margate (57 per cent).

The editor of Which? Travel, Rory Boland, said: “Many of us discovered the joy of a British summer holiday last year and the trend looks set to continue well into this summer. The results of our survey show that bigger is rarely better, with smaller and less crowded resorts taking the top spots over better-known destinations.

“Given the crowds and prices at some of Britain’s most popular seaside destinations, the best news from the survey is just how many highly-rated destinations we have to choose from.

“Whether you want a village with a beach or a big town with all the fish and chips you can eat, there is a fantastic spot by the sea for you.”