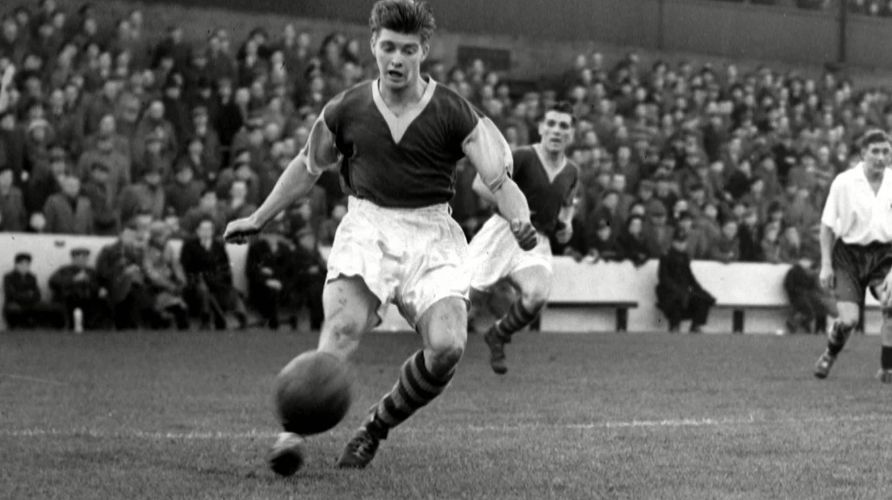 Southport is sad to hear of the death of former butcher and Division One footballer Albert Cheesebrough.

Albert was very well known and respected as he ran a popular butcher’s shop on the corner of Court Road and Union Street, where Punch Tarmeys is now situated.

He died in Southport aged 85.

Albert was a talented footballer and prolific goalscorer who was a member of Burnley’s 1950 squad which he helped take to the brink of the league title.

He played 158 games for the Clarets, scoring 40 goals.

Burnley FC said: “A winger or inside forward, Albert made his Burnley debut in April, 1952 and played his last game for the club in April, 1959 – scoring on his final appearance to earn a point from a 2-2 draw against Newcastle United at Turf Moor as Harry Potts’ side finished seventh in the First Division.

“Two months later and following the emergence of Jimmy Robson in the number 10 shirt at Burnley, he was transferred to Leicester City for £20,000 at the age of 24 and went on to spend four seasons with the Foxes.

“Albert was Leicester’s leading scorer in his first season at Filbert Street as Burnley went on to become First Division champions.

“Burnley-born, Albert was an outstanding young player who starred for his school team at Rosegrove and Lancashire Schoolboys – as well as being capped by England at youth level – before joining Burnley’s office staff as a 15-year-old.

“Originally playing as an amateur, he signed professional forms in January, 1952, making his First Division debut as a winger against Manchester United just three months later.

“Playing initially under Frank Hill and then Alan Brown, Albert became a regular starter in the 1956/57 season and was then part of the great side being moulded by Potts.

“He missed only two league games in the 1957/58 campaign as the Clarets finished sixth in the First Division under Potts following his mid-season appointment. Of his 14 goals that season, three came in a hat-trick against Leicester.

“His appearances were more sporadic the following season as Potts fine-tuned his plans for a successful assault on the title in the 1959/60 season.

“But Albert, who played once for England’s Under-23 side, bowed out on a high and left the Clarets as one of the club’s most successful hometown players who went on to enjoy an FA Cup final appearance with Leicester in 1961.

“He then played for Port Vale and Mansfield Town before injury ended his career in 1967.”

Albert then went into business as a butcher in Southport, where he lived for the remainder of his life.

He leaves a wife, Shirley ,and daughters Susan (an Olympic gymnast for the 1980 GB team), Anne and Catherine.

The thoughts of everyone in Southport are with his family.