The impressive £37.5million sum which Chancellor of the Exchequer Rishi Sunak announced was being awarded to Southport was the highest amount awarded to any of the 40 Town Deal recipients as part of his 2021 Spring Budget.

Much of that was due to the substantial public consultation which took place, with over 7,000 responses from local people underpinning the Southport Town Deal bid. Also responsible was the top quality of the submission put forward by our local Town Deal board.

Much of that consultation was run through Stand Up For Southport – we would like to say a huge thank you to everyone who took part and shared your thoughts on Southport!

It is a substantial local audience with a shared passion and pride in our home town and a desire to see it become even better. If you want to know what people in Southport think, it’s a great place to ask!

Last year we published a series of Town Deal ‘Big Ideas’ on how to make much-needed improvements in Southport. You can find all our articles and features on Southport Town Deal here.

You responded in your thousands – and the response was fascinating.

Some really interesting themes emerged. The Southport Theatre & Convention Centre had closed in March last year as the Covid-19 pandemic struck the UK and there was huge support for either the repair and reopening of the existing building or for the provision of a modern new facility, or some combination of the two.

Creating a new waterside centre for events, shows and conferencing was subsequently put forward as the central focus of the Town Deal bid. The board was able to demonstrate huge public support behind the proposals, as well as important economic reasons. The new facility is estimated to attract over 450,000 visitors a year and bring in more than £18million a year into the local economy. 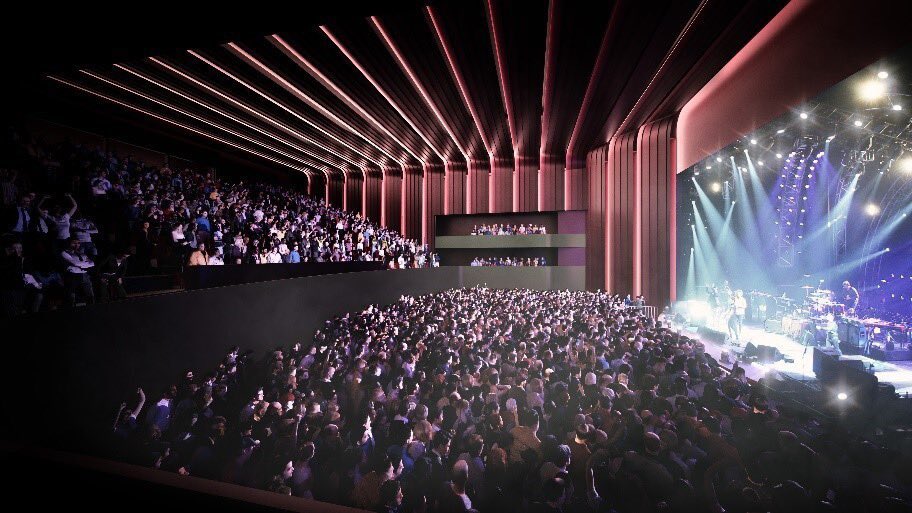 Creating a new waterside centre for events, shows and conferences was one of the proposals in Southport Town Deal

Stand Up For Southport readers also wanted to see investment and attention for Lord Street and Southport town centre. Your pride in this remarkable area shone through.

This has backed the current £1million currently being spent on the Southport BID scheme to create new lighting along Lord Street and the Sefton Council transformation of Southport Market into a new food, drink and events hub. More work to improve the town centre area is planned.

The Towns Fund Prospectus, which was launched in November 2019, made clear that a stakeholder and community engagement was essential to unlocking the local vision for the future of towns. In March last year this process was due to begin when the pandemic struck. The lockdown and rising Covid-19 cases suddenly meant that planned face to face consultation was no longer possible.

To their immense credit, the Southport Town Deal board believed that the pandemic meant that Town Deal investment was now even more important to help the town bounce back that it had been before. Congratulations to all they have achieved. It was a very talented board, made up of determined local people from both the public and private sector.

The consultation pressed on, but in different ways. This was partly done through the fast growing local audience through Stand Up For Southport.

This included a series of interviews and surveys with targeted age groups in Southport to understand specifically what those groups like and do not like about our town and what they would like to see change here.

Further discussions were carried out with representatives from a range of thematic issues such as: Tourism and visitor economy; Environment; Town Centre and retailer community; Economic development and regeneration; Industry; Transport and mobility; Civic matters; Diversity and Inclusion; Crime and Community Safety; Health and wellbeing; Ward councillors.

The resulting submission was reflective of many of the changes which local people are very keen to see in their hometown.

The news of the resulting £37.5million Town Deal funding from the Government is a huge cause for celebration. But it is only the first of many phases to come.

Further details of the projects included in the Southport Town Deal submission will, over the course of this year, be revealed. Further views will be sought.

Our Stand Up For Southport community will look forward to helping these vital discussions take place.

The Southport Town Deal board working with Sefton Council and others now have to ensure that this multi-million pound government investment is well spent.

Not only that, they have to work hard to use this Town Deal funding as a catalyst to attract further investment from the private sector.

With major new schemes on the way and a greater ability to attract visitors, Southport has suddenly become a much greater proposition for those with serious money to spend.

This unique Town Deal opportunity has to help our resort build back from the Covid-19 pandemic and drive the economic regeneration of Southport. We all want to see more and better quality jobs, new opportunities for local people and a more modern, diverse economy.

We want to see Southport as a thriving, exciting, buoyant town which is a superb place to live and work and an unforgettable place for people to visit.

Would you like to write a Guest Blog for Stand Up For Southport? Please message Andrew Brown via Facebook here or email me at: mediaandrewbrown@gmail.com