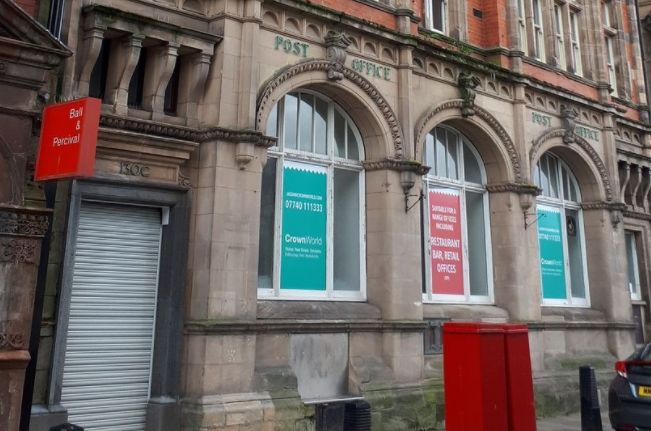 Plans to create a new use for the beautiful former Crown Office site on Lord Street in Southport have been approved by Sefton Council.

The historic Grade II building was built before the First World War and thrived as Southport’s main Post Office, but it was controversially closed in 2014 with services moved instead to the first floor of WH Smith on Chapel Street. The building has remained vacant ever since.

The former Post Office forms part of a larger group of buildings within this area of Lord Street including the current Nat West building, all of which date to approximately 1912. It also sits within the Lord Street Conservation area.

A new future now awaits however after Sefton Council approved work on the building by owners Crownworld to create a new use for it.

The local authority has supported the refurbishment of the ground, lower ground and basement levels and provision of a new mezzanine area over the ground floor and repair of existing heritage assets in connection with the change of use of the ground and mezzanine to Business and Financial Services.

In the application to the council, made by Southport firm  Paul Ennis &Co Ltd on behalf of Crownworld, it said: “The Ground floor, lower ground and basement levels are currently vacant, prior to this, these areas formed the Post Office. These areas have been unoccupied for approximately four years.

“Over this period, the existing fabric both internally and externally has become degraded due to lack of maintenance. In addition, there has at some point been a leak from the upper floor residential areas which has caused some damage to the existing plasterwork.

“The proposal has the following beneficial contributions:

“The proposed scheme is intended to refurbish both the internal and external building fabric and re-plan the ground floor areas, bringing these areas back into viable commercial use after a prolonged period of vacancy and decline.

“With a new use and refurbished fabric, this property should be an integral part of the Lord Street streetscape for many years to come.”