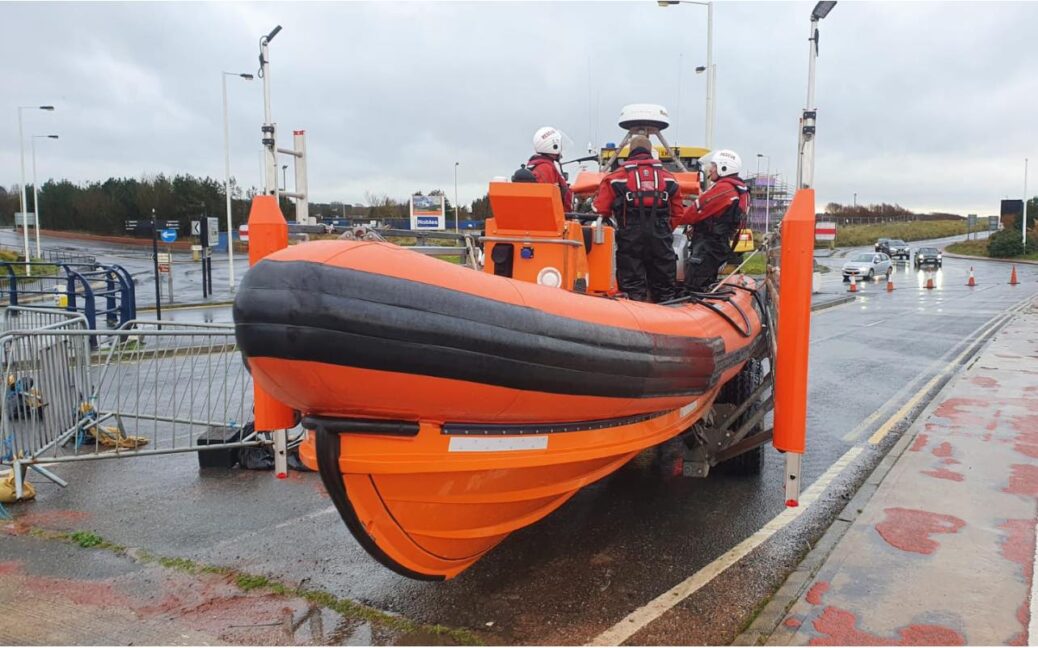 Southport Lifeboat raced to rescue a paddle boarder who had drifted a kilometre out to sea today.

A second person had managed to get themselves to shore, and was also assisted by lifeboat volunteers. They were found to be suffering with the onset of hypothermia.

Both people were taken to hospital.

Southport Lifeboat, the Heather White, was requested to launch at 10.07am today (Sunday) following reports of a paddle boarder in difficulty at Ainsdale Beach.

A Southport Lifeboat spokesperson said: “Upon arriving at Ainsdale, it was apparent that there were two casualties – of which one had managed to recover themselves onto the beach and one still in the water.

“The quads assisted the casualty on shore who was suffering with the onset of hypothermia.

“The combination of an ebbing tide and strong offshore wind meant the second casualty had drifted some 1km offshore.

“After launching and arriving on scene, the casualty was recovered from the water to the lifeboat before being transported to shore with the aid of Southport Quads 1&2.

“The quad team handed over both casualties to an ambulance for further assessment.

“Our thanks to all those involved who brought the incident to a safe conclusion.”