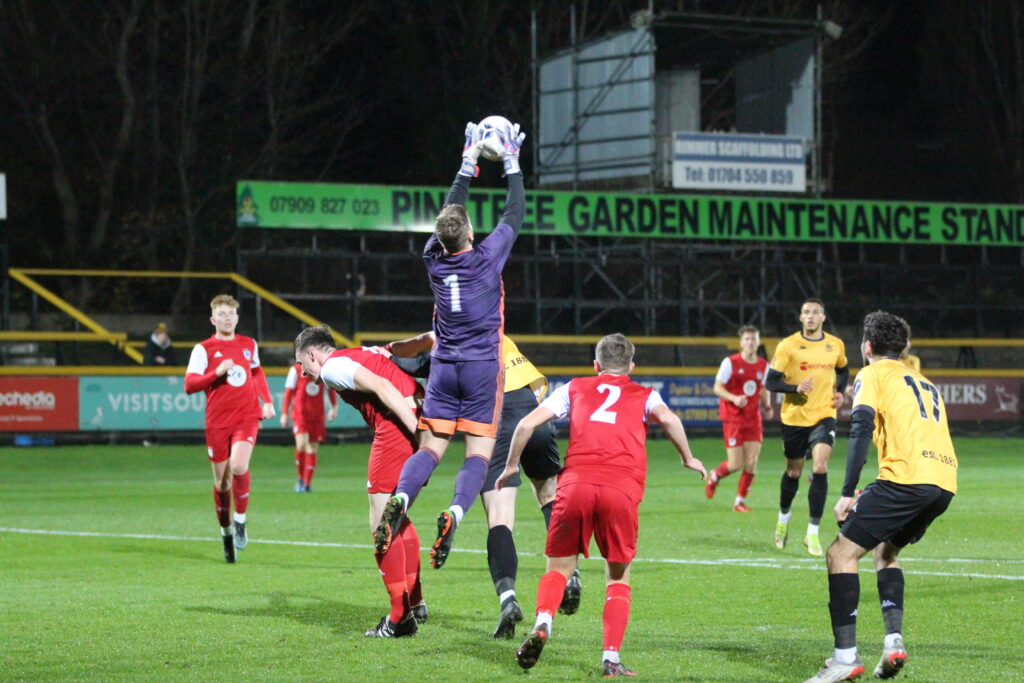 It ended in stalemate for Southport FC at Kettering with the points shared in a 0-0 draw.

On a difficult pitch and with a swirling wind it didn’t make for good football and whilst Southport FC dominated for long periods of the game and created more goal attempts and corners, 0-0 looked on the cards from early on.

A point on the road is always nice to come home with but a feeling of we should have had more was the general consensus post match.

Having said that, clear cut chances were hard to come by for both sides, Josh Hmami and Tyler Walton both came close for Southport and the home side’s best effort drew a fantastic save from Tony McMillan.

With illness and injury in the Southport camp this week the options were limited. It wasn’t the pitch to bring Niall Watson on and Liam is still nursing Charlie Oliver back to full fitness but it was good to see him get 20 minutes under his belt.

Adam Anson was on the bench but feeling under the weather and not risked today.

Southport FC’s next game is on Wednesday when they take on Runcorn Town in the Liverpool Senior Cup with a 7.30pm Kick Off.

They return to league action on Saturday and a reminder that this game will be kicking off at 12.30pm with Scarborough Athletic the visitors.