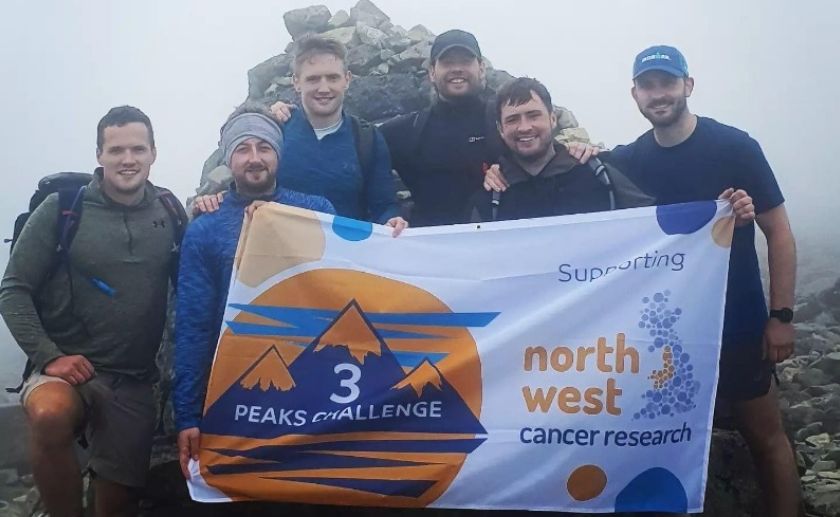 A group of eight teammates from Southport Rugby Football Club have clubbed together to tackle the Three Peaks challenge, raising £4,000 for cancer research in the region.

Former team captain Dan Whalen, 28, and friends recently took on the challenge, which involves climbing the highest mountains in England, Scotland and Wales in just 24 hours.

The group encountered varied terrain and unpredictable weather when hiking up Ben Nevis, Scafell Pike and Snowdon consecutively, with some climbing required throughout the night.

Dan was inspired to raise money for the cause after his mum, Jeanette, celebrated five years of being given the all-clear from breast cancer. After taking on a slew of fundraising activities alongside his dad, Mike, since 2019, the recent challenge brings the total amount raised by the father and son to over £14,000.

“Me and a couple of the guys had been talking about doing the Three Peaks Challenge for quite a while, and finally got round to doing it this summer.

“Initially we hadn’t thought of it as a fundraiser, but then I started to think that it would be a good way to try to raise some cash for North West Cancer Research. I’ve done the skydive and Cycle of Hope before in support of them, so wanted to continue doing my bit.

“The challenge itself was testing both physically and mentally, and extreme weather conditions and injuries made it even more challenging. Getting lost on Scafell Pike at midnight didn’t help matters!”

“We cannot thank the guys enough for their hard work and congratulate them on a great achievement.

“Dan, along with his dad, Mike, have really pushed the boat out with their fundraising efforts and we are extremely grateful. All of the funds raised will help in advancing our work across the region and are vital in helping to prevent and treat cancer effectively.”