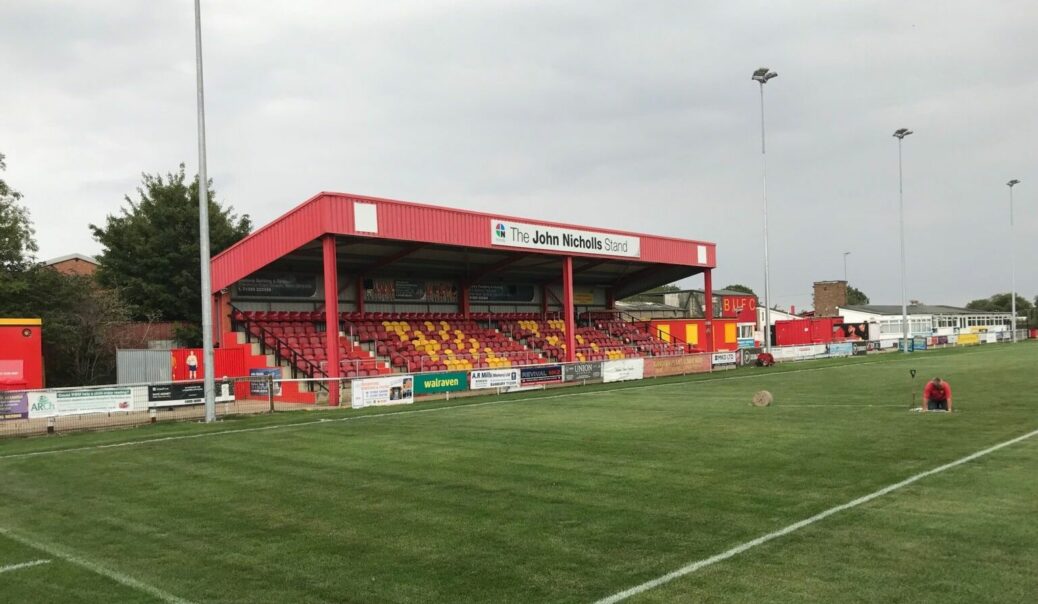 Southport FC came away empty handed after suffering a 3-1 defeat on the road at Banbury United.

It started well for The Sandgrounders who were coping well and catching the Banbury front line off side on many occasions and looked relatively comfortable.

The opening goal came the way of the visitors in the 25th minute when a Dylan Vassallo corner wasn’t cleared and Declan Evans grabbed his first goal for the club firing home from six yards out.

At this stage there was little sign of what was to come and Southport could have grabbed a second but were denied by a good save from the ‘keeper.

Late on in the first half Banbury started to offer a more serious threat and it took a brilliant goal line block from Evans to deny the home side an equaliser.

Evans had a superb first half for Southport at both ends of the pitch.

The second half was sadly a totally different story with the home side overrunning Southport and carving us open at will.

It came as no surprise when Banbury equalised in the 52nd minute with Jack Stevens firing home.

Banbury went close again firing into the stanchion but it was only a minute later that they took the lead through Harry Parsons.

Things were about to get worse when Cam Mason brought down a Banbury player outside the area but was concussed in the process, an injury that was to see him detained in Oxford Hospital until 9pm before being discharged. 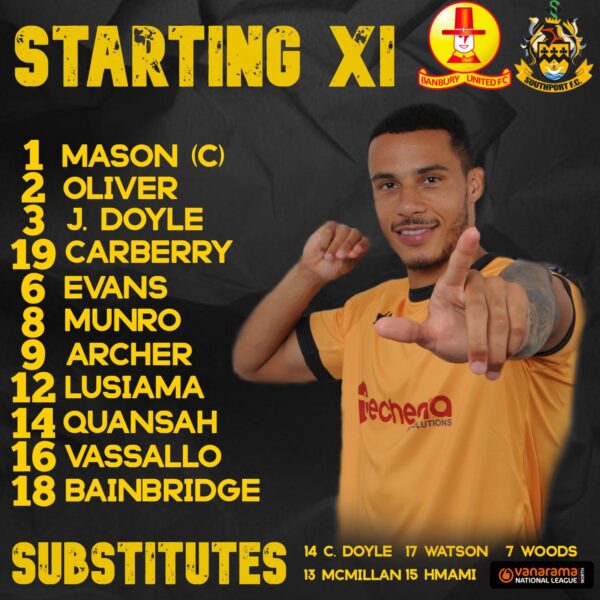 Tony McMillan was called into action at the age of 40 and made a couple of good saves but was beaten by a 77th minute penalty awarded after Keenan Quansah was shown a red card for denying a clear goalscoring opportunity.

Given the amount of stoppages we were surprised that only three minutes of added time were shown but the game had gone for Southport who returned to Lancashire empty handed.