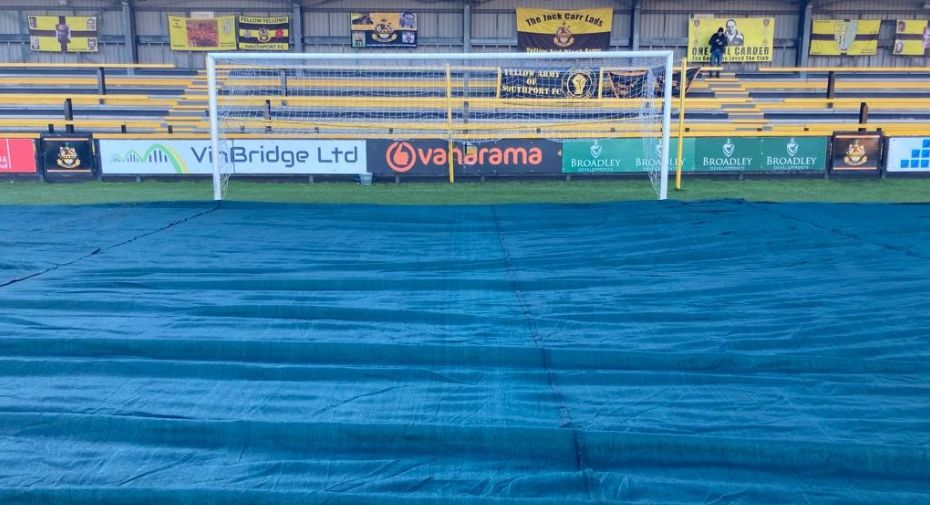 Southport FC Manager Liam Watson has paid tribute to the staff and volunteers at the club for their immense support in trying to get the pitch ready for the recently postponed fixtures.

The last two games at Haig Avenue, against Boston last Tuesday (17th January) and then against Alfreton on Saturday (21st January), were sadly postponed due to freezing temperatures.

Liam also praised fans for tuning out in numbers recently to support the team and to Everton FC which lent its support with covers for the pitch.

Liam Watson, speaking to Rob Urwin for the club podcast, said: “I have never known anything like it in terms of the games being called off that frequently, it is unbelievable.

“It was an unbelievable turnout from the fans.

“We don’t half appreciate it. That is not just from me as the manager, but also the players.

“I appreciate how hard they tried to get the game on.

“I would also like to thank Everton Football Club for bringing down sheets to cover the pitch which was an incredible gesture.

“We couldn’t have done any more.

“We knew the importance of trying to get the game on.

“I just want to express how grateful we are as a club to the volunteers who came in at ridiculous times in the morning, and also to Steve Dewsnip, Rob Urwin, everyone who has been down on the pitch working hard to get it on.

“This is the good side of Southport as a Football Club.

“The volunteers come down, they help, they go out of their way, we all pull in the same direction. “It was a great effort to try and get the game on.”