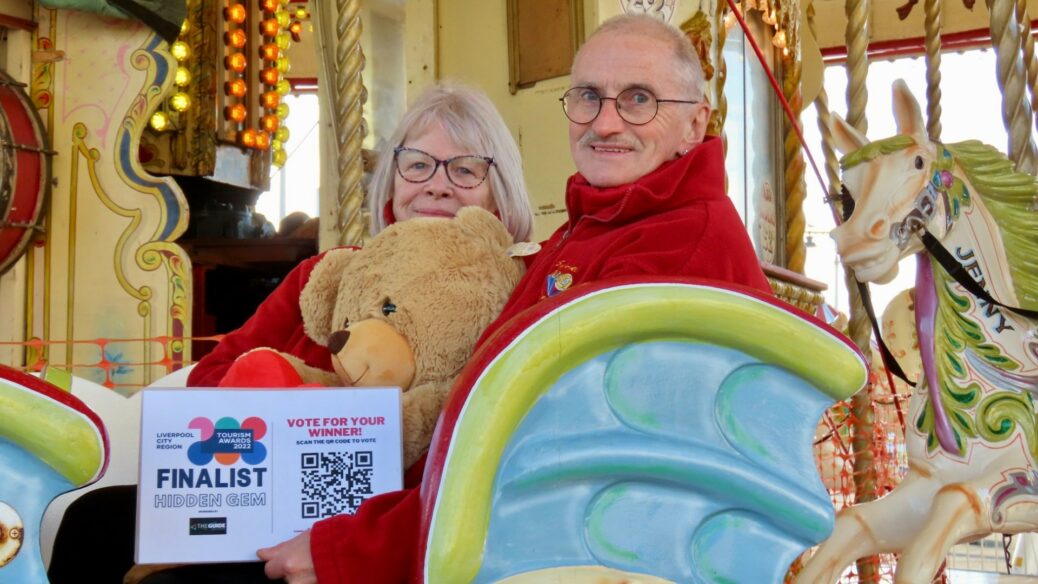 Silcock’s Carousel owners say they have been “overwhelmed” by support from people since the popular attraction was revealed as a ‘Hidden Gem’ finalist in this year’s Liverpool City Region Tourism Awards.

‘Herbert Silcock’s Golden Gallopers is one of four Southport venues named in the top 10, which is decided solely by public vote.

The Carousel is one of the oldest surviving fairground rides in the UK.

The incredible 122-year-old Carousel was built in 1901 during the reign of Queen Victoria.

The Carousel stands proudly at the entrance to Southport Pier, next to Silcock’s Funland, offering fun for people of all ages as they spin round and round to the sound of the historic Gavioli fairground organ.

This 18 ton ride is 42 ft in diameter, 18 ft tall and has three Cockerels and 33 Horses – each of them named after a member of the Silcock family and family friends.

It has been named in the top 10 of the Hidden Gems category, sponsored by The Guide, alongside other Southport nominees: Tik Taco, Cranberry’s and Southport Bijou Cinema.

Silcock’s Operations Manager Serena Silcock-Prince said: “We have been overwhelmed by the support we have had from people since the finalists were announced!

“One lady came up to me this morning next to the Carousel to say congratulations, and that she had voted for us. 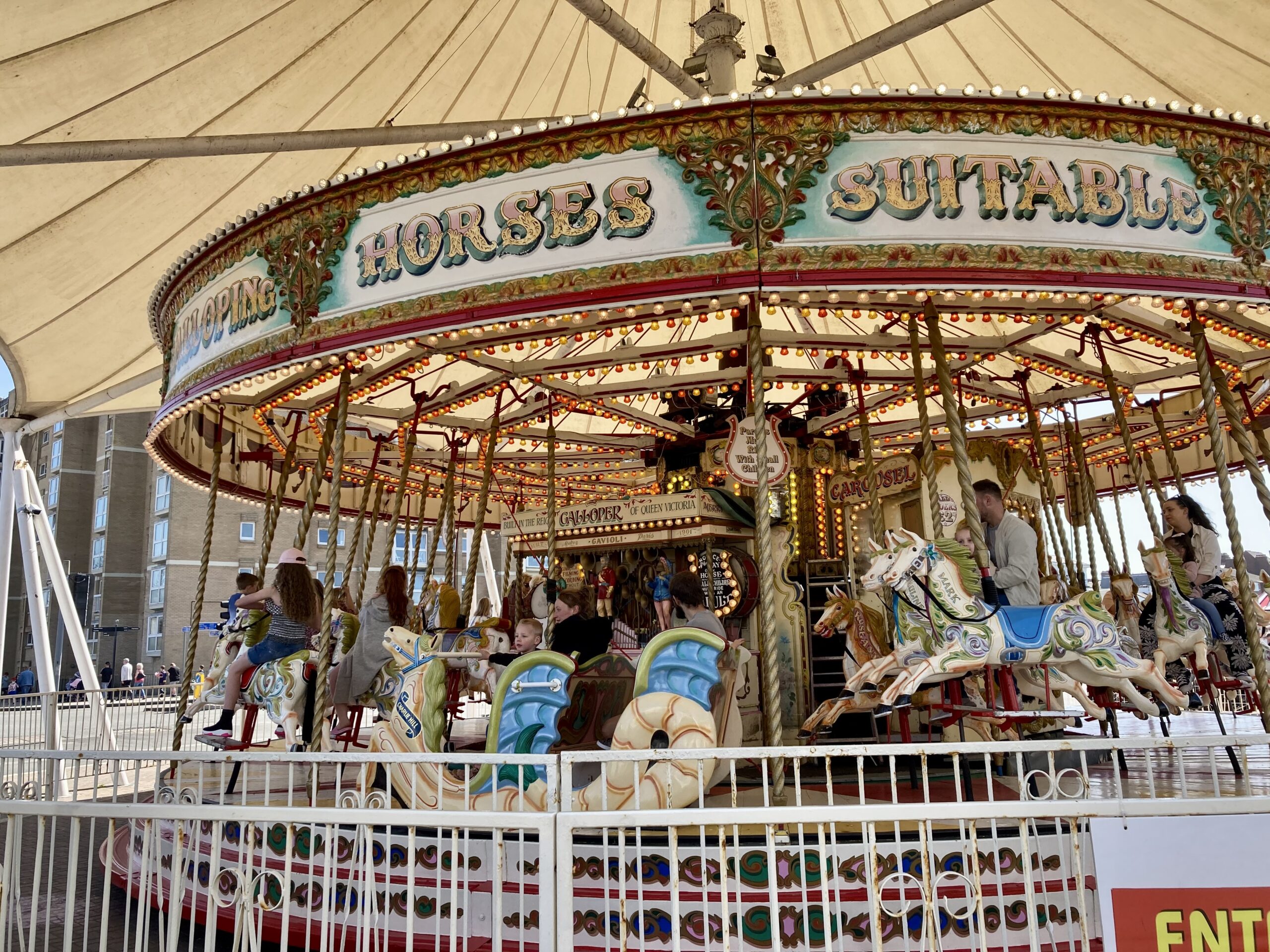 “We have had some really lovely responses, with some well-wishers messaging us through social media, and others coming up to us at the Carousel and in Funland.

“Lots of them have been saying how great it is that we have been recognised, with many people telling us about the times they enjoyed very happy times taking their children, or their grandchildren, on the Carousel. So many generations have fond memories of it.

“BBC Radio Merseyside came down last week to interview us, which was fantastic. Lots of people called us to say they had heard the programme!

“Being recognised like this is something really positive for our town.

“We would love to win! But even if we don’t, the positive feeling we have had from being recognised like this makes us feel like we have won anyway.

“It has been great to see some other superb Southport businesses shortlisted too. We would like to send out best wishes to Tik Taco, Cranberry’s and Southport Bijou Cinema.

“Southport is on the up! The Grand, which opened last year is fantastic, more new attractions are coming to Southport Pleasurerland, work is taking place at the former Garrick Theatre. These are exciting times for our town.

“We would like to thank everyone who has voted for us so far, we really appreciate your support.”

This award, sponsored by The Guide, is decided solely by public vote. 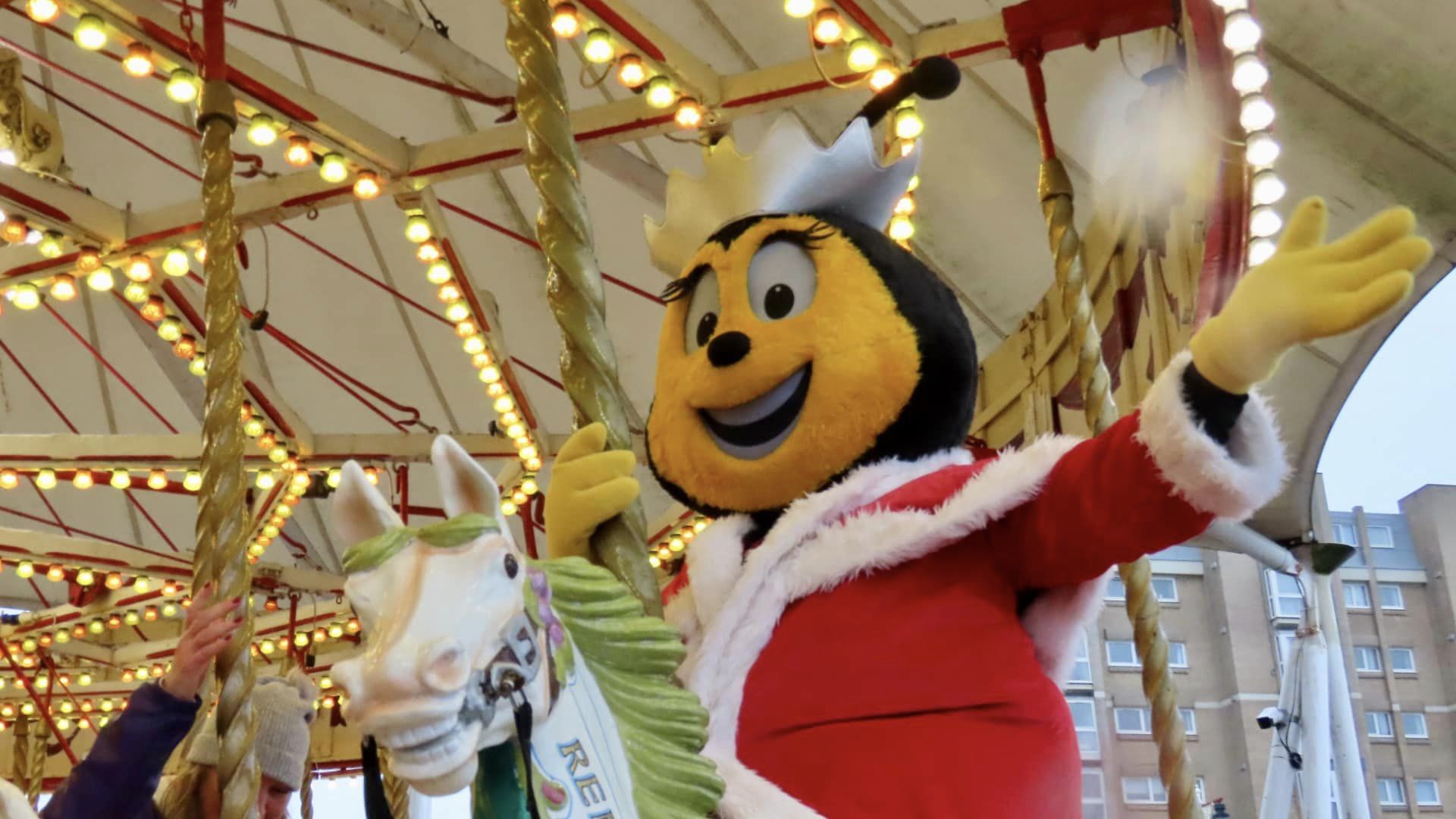 The winner will be announced at the Liverpool City Region Tourism Awards at Liverpool Cathedral on Thursday, 2nd March 2023.

The ‘Golden Gallopers’ Carousel on the Southport Pier forecourt is the local family-run firm’s flagship ride.

This astonishing piece of mechanical engineering was built at the turn of the century by Savages of Kings Lynne.

It was purchased by the Silcock family in 1989, and it took three years of painstaking restoration to return it to its former glory.

The remarkable ride has entertained hundreds of thousands of delighted families over the years.

The Carousel plays a very supportive role in the local community too.

On Sunday 8th January, the Pier Forecourt area was a sea of red when the annual Southport Santa Sprint took place, raising money for Queenscourt Hospice.

Silcock’s once again sponsored the Santa Sprint, with a £1,000 donation to the charity and free rides for every Santa taking part.

Other than the Santa Sprint, tickets for all riders on Silcock’s Carousel are just £2 each. Small children must be accompanied by an adult.

The ride is open every weekend and will be open throughout February half term.