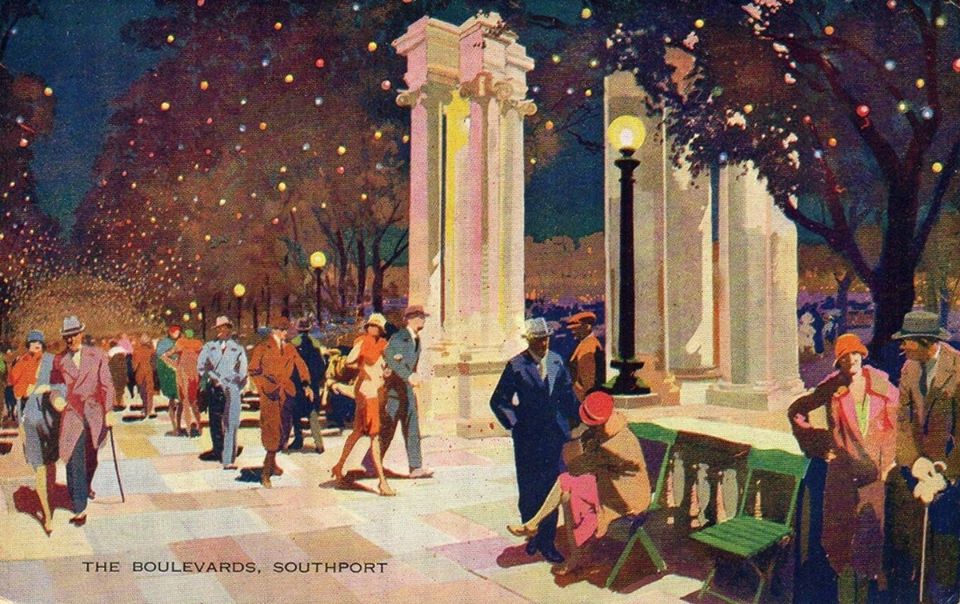 Just what is it that makes Lord Street in Southport so special?

Historically, it is one of the grandest shopping streets in Britain. It has so much heritage; so many stunningly beautiful buildings; so much splendour.

There are so many clone towns with similar-looking centres and similar problems, not least the decline of some retail and the impact of coronavirus. But Lord Street is one of the things that makes Southport unique, sets us apart and offers us opportunities for the future that others would love to have.

Lord Street inspired the tree-lined boulevards of Paris – what a claim to fame. No wonder our town was once known as ‘the Paris of the North’.

Napoleon III, the last French monarch, was said to have been inspired after staying in Southport during his period of exile in the 1840s. He instructed Baron George Eugene Haussmann, who had visited him in the seaside resort, to begin demolishing 12,000 city centre Parisian buildings and replace them with the iconic famous tree-lined boulevards, covered walkways, shopping arcades and parks that gives Paris its reputation to this day. The medieval became the modern.

This dramatic transformation, which occurred between 1854 and 1870, occurred after a devastating outbreak of cholera.

Sometimes, out of crisis and during desperate times, big new ideas are born.

Will the unexpected coronavirus pandemic give us all time to think hard about the future we really want for our town, leading to big new thinking about Southport, and Lord Street’s future? Now be the right time. The start of 2020 already brought two significant changes when Lord Street’s last two department stores, Debenhams and then Beales, both went into administration before closing their doors on decades of history.

Local people had already begun talking about the reduction in retail along the famous boulevard which was once bustling with everything from big names to independent outlets.

We still have lots of great shops here, such as clothes stores, furniture emporiums and more. Lord Street is still renowned for its fine jewellers. And in the Northern Quarter, new restaurants, bars and hotels have led something of a non-retail resurgence.

But what would we like to see Lord Street become?

How should £25m Town Deal cash be spent to improve Southport

The ongoing transformation of Southport Market from a variety of stalls into a trendy food and drink hub similar to Altrincham Market is one example of an historic local landmark being given new life by new ideas. Maybe grand empty Lord Street buildings such as Beales, Debenhams and Mecca Bingo can lead to imaginative new solutions too.

We are lucky to have that opportunity. The Southport Town Deal bid board is currently pressing on with its plans to secure up to £25million regeneration funding for our town, with hundreds of people already having given their opinions on how our town can, and should, change. Please engage with this process where you can – your views will count. Meanwhile, the Southport Townscape Heritage Project is currently working on plans for £2.5million regeneration work in the town on the roads linking Lord Street with the seafront.

These two schemes will not cure all of Southport’s ills, but they have the potential to have huge impact and attract major private investors.

Some people complain that Lord Street doesn’t have as many shops as it once did. But maybe, with the steady rise of online shopping, chasing that dream will not present the most sustainable future. Lord Street in Southport in 1983

That is not to say that shopping isn’t important. The quality stores that we have at the moment need to be cherished. We all need to Shop Local. And shopping on Lord Street needs to maximise its ‘experience’ – who wouldn’t love visiting a destination like this?

If we look back to Napoleon’s view of Lord Street in the 1840s, the elegant days of the 1920s, a generation ago in the 1980s, what was it that made this boulevard so unique?

It was the feeling it gave visitors; the sense of space; the impressive architecture; the feeling that you had come to somewhere truly outstanding.

Those are feelings we need to build on and to develop.

How we do that might require some big ideas and some big thinking.

But now might be just the right time to do that.