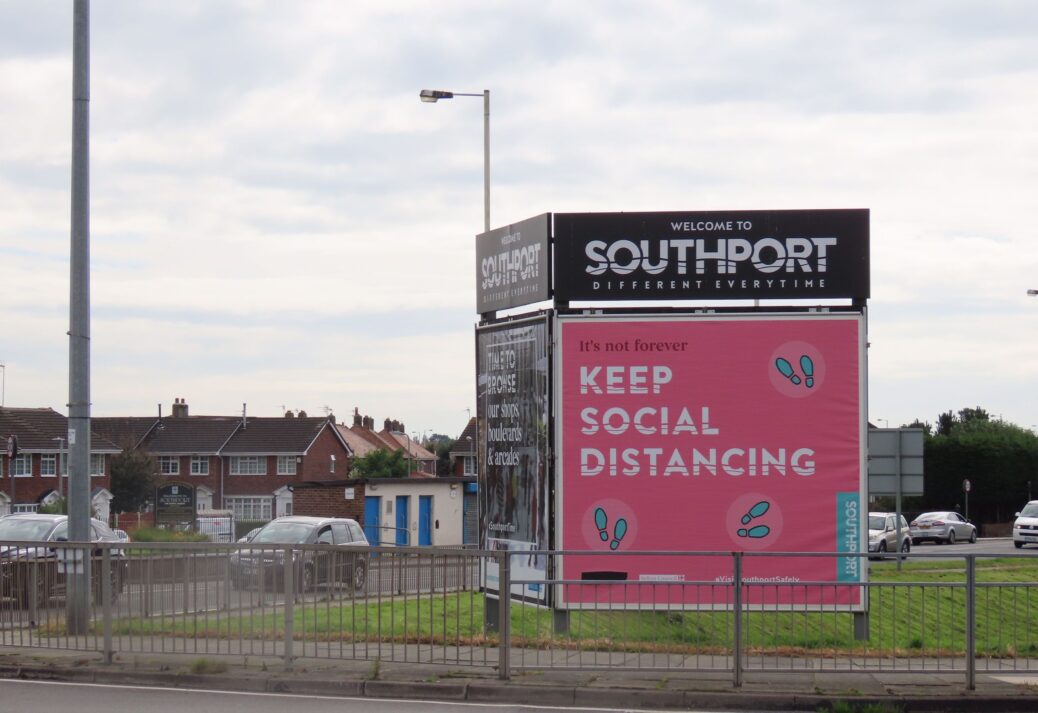 Southport residents have rejected proposals to extend walking and cycling lanes across new areas of Southport.

Over 4,000 people responded to a consultation run by Sefton Council, which suggested a number of ways of improving ways of travelling without cars between Birkdale and Ainsdale, and from Hesketh Park through Churchtown and up to The Plough roundabout in Crossens.

It follows work that was carried out last year in Southport town centre, after the Covid-19 pandemic struck. This included replacing parking spaces along Hoghton Street with new cycle lanes; banning through traffic from Queens Road; and overturning a cycling ban on Chapel Street, Tulketh Street and Wesley Street.

Phase Two of the proposals, ‘Tranche 2’, called for this route to be extended both north and south to serve a wider area of the town, to the south along Alma Road to Birkdale and York Road and Trafalgar Road to Smedley Hydro and to the north along the A565 to connect Churchtown and Crossens to the town centre.

The findings of the consultation will be presented to Sefton’s Overview and Scrutiny Committee (Regeneration and Skills) meeting next Tuesday (9th November).

A report provides the findings of the consultation completed to date. Councillors will be invited to give their comments, as they begin to wrestle with the issue of what to do next.

The responses so far have been resounding.

Most people agree with the need for improvements to be made to make roads safer and more environmentally friendly.

A series of proposals for individual schemes from Ainsdale to Crossens all met with a negative response. They included:

71.33% were ‘Not Happy’ or ‘Not Very Happy At All’ with proposals to create safe cycling lanes for family cycling through the Park Crescent / Queens Road junction

77.52% were ‘Not Happy’ or ‘Not Very Happy At All’ with proposals to create separate family friendly cycle lanes on both sides of Cambridge Road

79.96% were ‘Not Happy’ or ‘Not Very Happy At All’ with proposals to create more space for people cycling through the Churchtown Lights Junction

75.96% were ‘Not Happy’ or ‘Not Very Happy At All’ with proposals to create ‘quiet streets’ for walking and cycling along York Road in Birkdale

68.60% were ‘Not Happy’ or ‘Not Very Happy At All’ with proposals to create family friendly cycle lanes on each side of the road along Waterloo Road from Greenbank Drive

70.27% were ‘Not Happy’ or ‘Not Very Happy At All’ with proposals to create family friendly cycle lanes on each side of the road along Liverpool Road to Ainsdale Roundabout

While thousands of people gave their views in the consultation, there have been issues.

A total of 1,517 gave their views on ‘Hesketh Park to the Plough’, 1,510 people gave views on ‘Birkdale to Ainsdale’ and 798 responded to ‘Your Roads Your Streets’.

94.44% of responses came from local residents, with 1.85% from local business owners, 1.72% from visitors and 0.2% (three) from community or voluntary organisations.

The age spread of those who responded was also limited.

In his report, Sefton Council Head of Highways and Public Protection Peter Moore said: “The ‘Hesketh Park to the Plough’ consultation asked people to confirm how they felt about the proposals for the various sections of the scheme including plans for family friendly cycle lanes, new crossing points for pedestrians and junction improvements.

“The most popular response to all the questions asked was in the category ‘Not happy at all’.

“The ‘Birkdale to Ainsdale’ consultation asked people to confirm how they felt about the proposals for the various sections of the scheme including plans for quiet streets, family friendly cycle lanes, easier crossing points for pedestrians and junction improvements.

“The most popular response to all the questions asked was in the category ‘Not happy at all’.

“The analysis work also examined the age range and background of the responders. It was noted that the majority of responders (70%) who gave their age were over 50 years of age.

“This highlights the challenge of ensuring that responses to any engagement and consultation capture the views of the full range of age groups within our communities, including younger people.

“The emails and correspondence received were largely negative in response to the proposals. Common concerns included the following;

“It should be noted that whilst the schools identified have set up focus groups to discuss the proposals, the pressures of Covid, lockdown and exams have limited the ability of the schools to respond collectively to the consultation exercise.

“Further engagement is planned as part of the School Streets project, which is currently being developed.

“Amongst the responders, a number of people have voiced their desire to improve walking and cycling routes in Southport but have voiced concern about the proposals as presented. One group of residents have identified potential alternative north-south proposals using Fleetwood Road.”