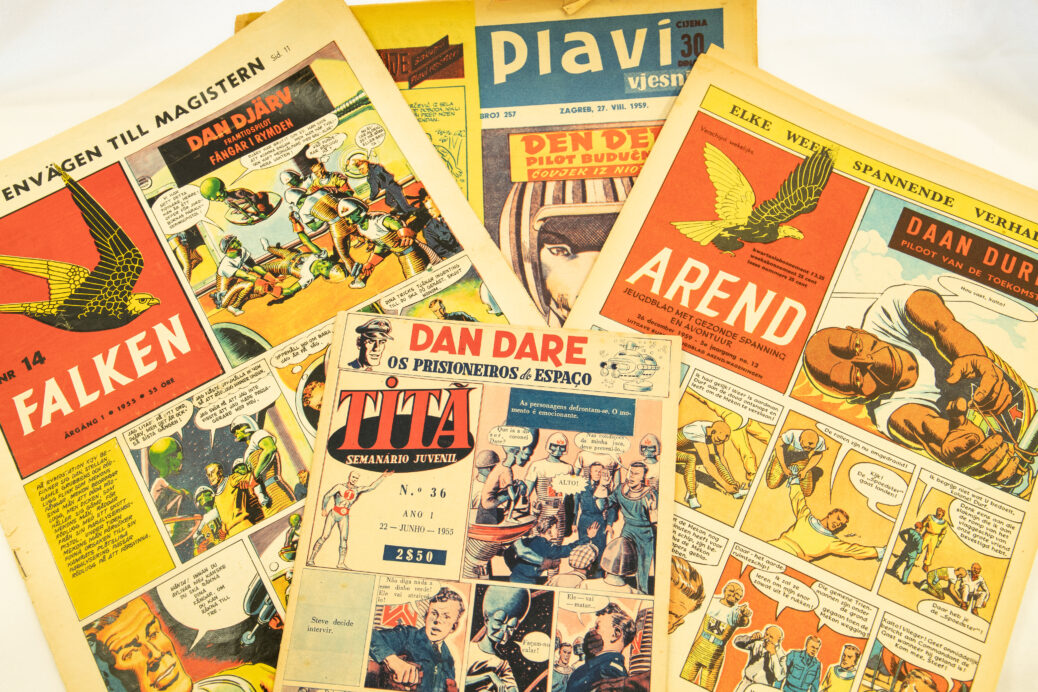 Southport is hosting a special exhibition dedicated to a legendary comic which was created in our town 70 years ago.

With the help of David Britton of the Eagle Society, The Atkinson has created an exhibition to celebrate this very special anniversary of this widely-read children’s comic.

Featuring original artwork by numerous contributing artists as well as original memorabilia, the display tells the story of the Eagle comic from 1950 to the present day.

David Britton of the Eagle Society said: “This is a unique opportunity to explore 70 years in the evolution of the most successful and influential magazine for children ever produced in the United Kingdom. 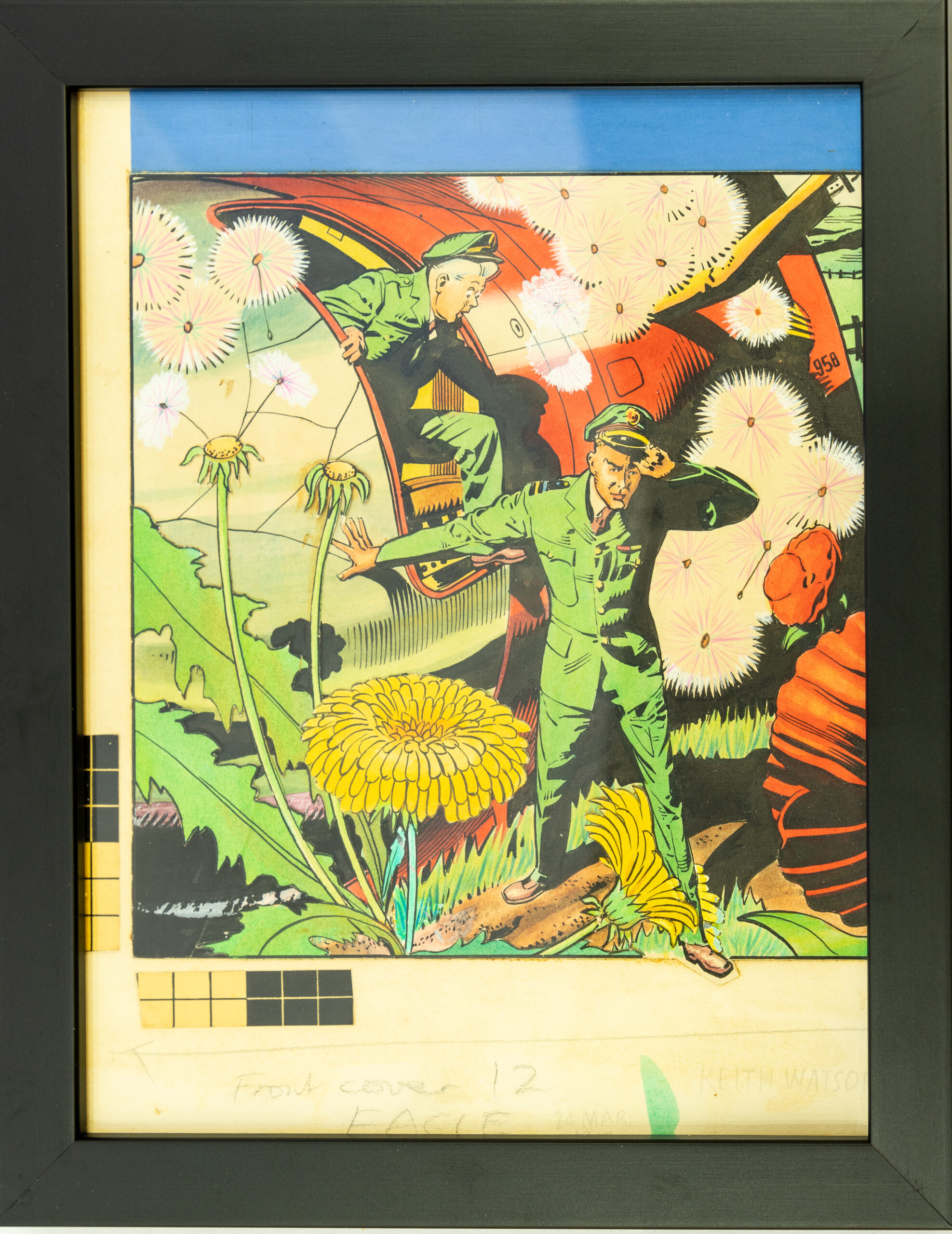 Dan Dare and Digby in an adventure in Eagle comic

“Selling almost 1 million copies when it first appeared in 1950, it survived in several formats.

“Dan Dare, while appearing in many guises over succeeding years, is still one of the most popular science fiction characters.

“The exhibition brings together original artwork, documents, photographs and memorabilia that highlight the strips and content of a magazine that captured the imagination of a generation. Pure nostalgia!”

In any discussion of Eagle it is generally Dan Dare who makes the headlines but there were many more features that gripped the imaginations of the nation’s 10-year old boys. 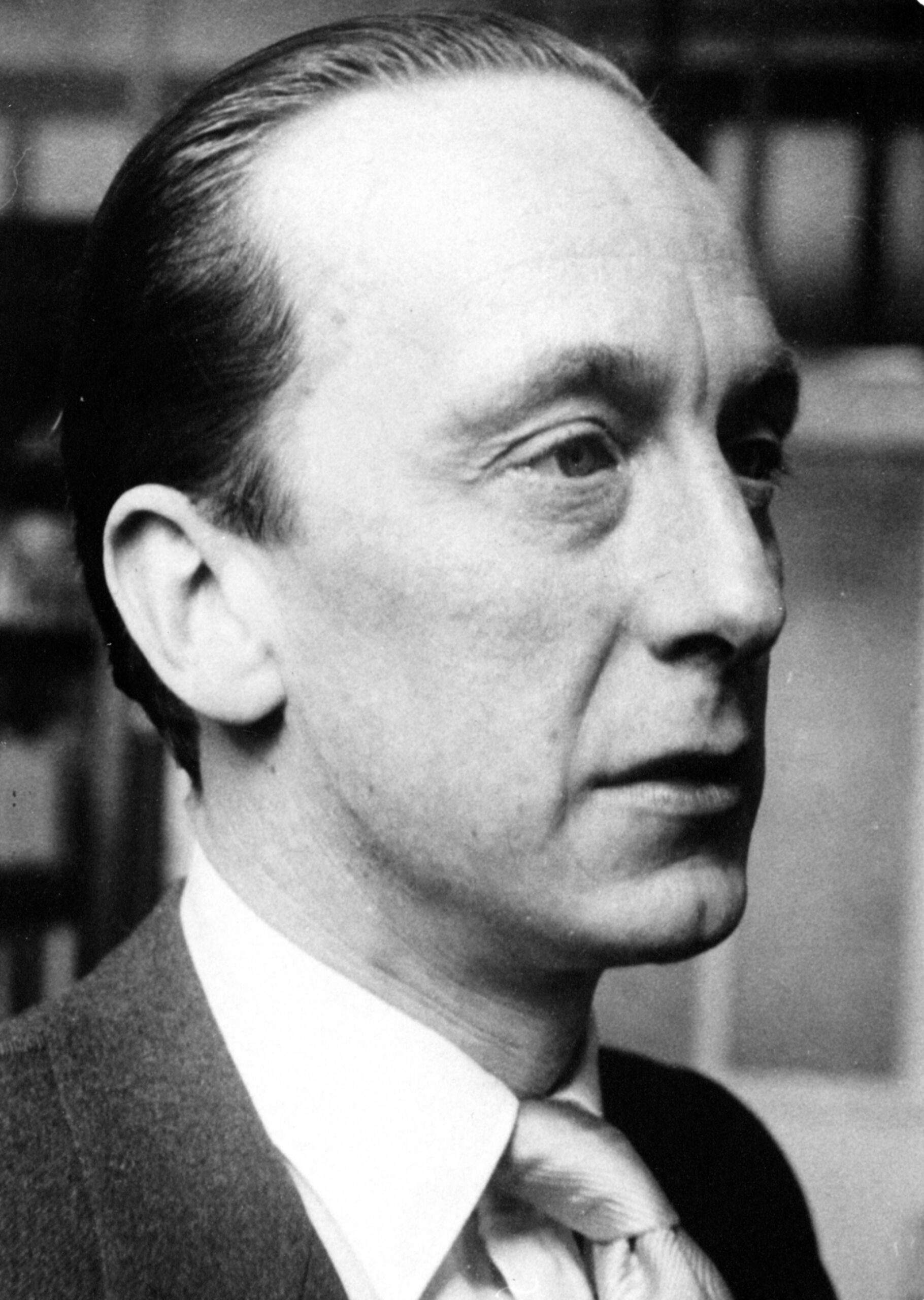 Reverend Marcus Morris, the editor of the Eagle comic

“The comic’s editor, the Reverend Marcus Morris, who also financed the publication of Eagle, had a good ear for a popular adventure story

It’s a little-known fact that Captain Pugwash first set sail in Southport aboard the Black Pig, taking on his arch enemy Cut-Throat Jake, the pirate captain of the Flying Dustman.

Several Eagle strips began life in other formats before becoming weekly features in the comic. PC 49 was a popular radio series as well as featuring in a film in 1948, before being adapted as a comic strip in the first ever copy of the Eagle

The 1950s were certainly the heyday for the Eagle. When Hultons were bought out by rival publishers in 1959, Frank Hampson’s studio-based production system was shut down. 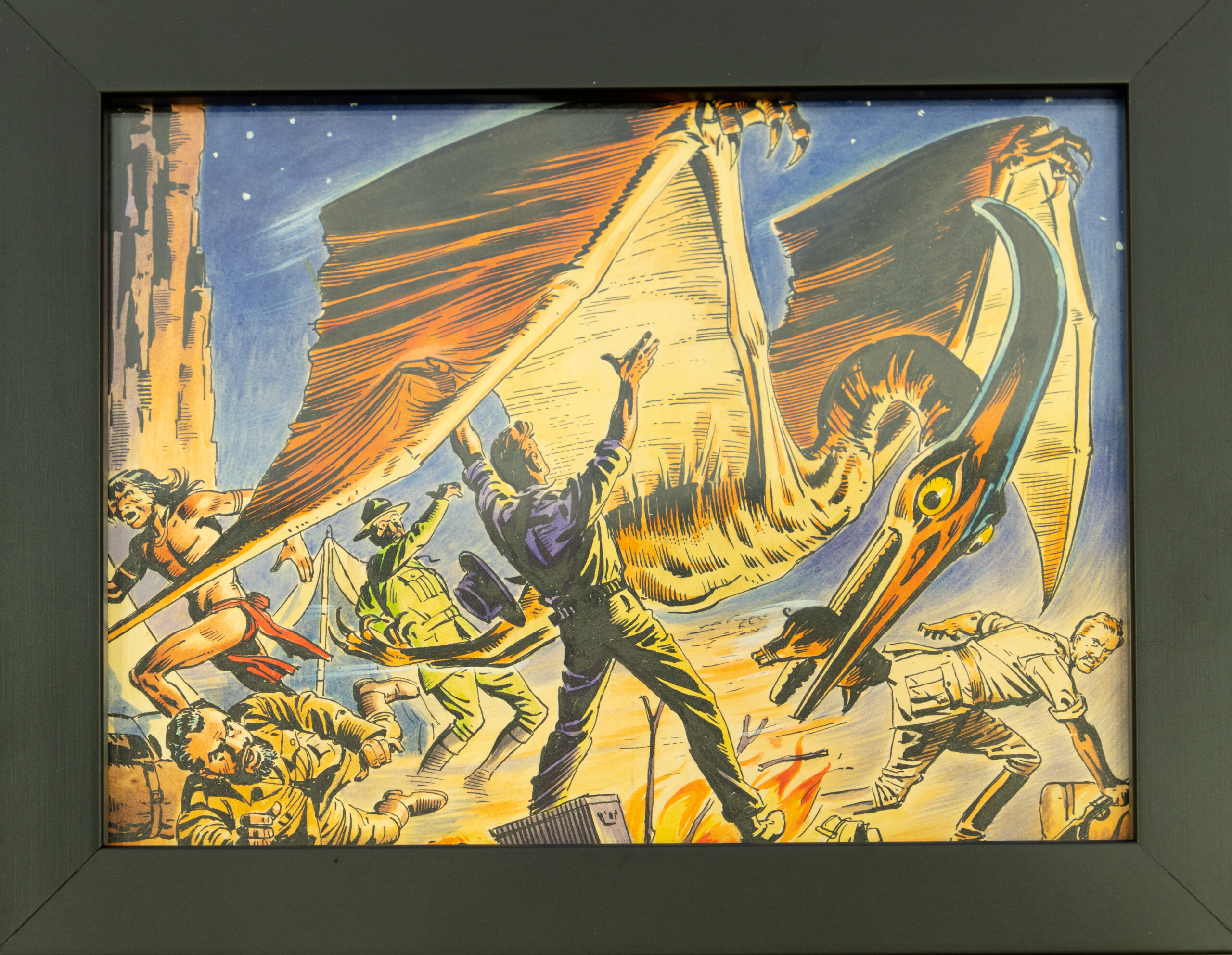 Dan Dare in an adventure in Eagle comic

The highly detailed and beautifully crafted Dan Dare stories were produced much more quickly and cheaply. Some very fine artists were employed but the high-quality production values that Hampson had insisted on were gone.

Eagle struggled on into the late 1960s but was merged with its main rival in 1969 and published as Lion and Eagle.

The exhibition also features a selection of later Eagle comics and artwork as well as some of the many tribute publications like the Eagle Times and Spaceship Away.

Stephen Whittle, Principal Manager, Museum, Gallery & Operations at The Atkinson, said: “I am really pleased that The Atkinson is able to celebrate the 70th anniversary of the Eagle. “Southport was the birthplace of the Eagle. The editor worked in Birkdale, many of the artists were trained in Southport and it was designed in Churchtown.

“Whether you read Eagle in the 1950s or the 1980s I’m sure the exhibition will bring back some great memories.”