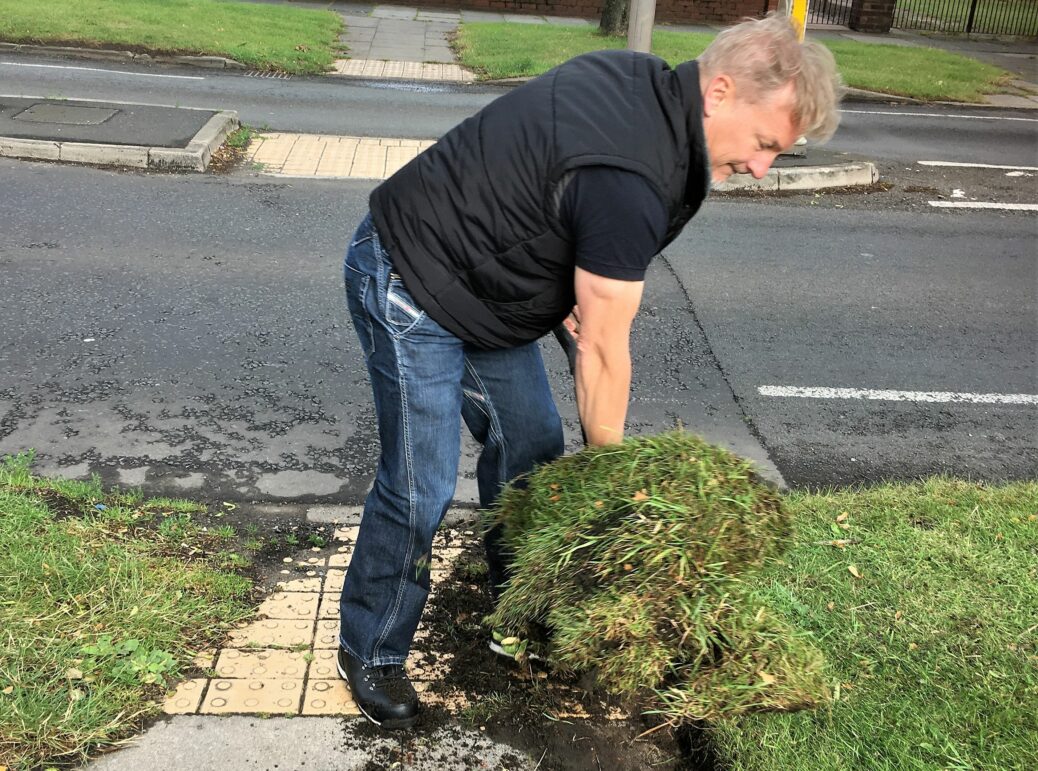 Concerns about the state of the crossings along a busy Southport road have led to some impromptu direct action by a local councillor to tackle the issue.

Canvassing in Meols ward at the weekend, Councillor Greg Myers found residents complaining that the tactile paving crossing outside their house had become overgrown with encroaching grass for some time and was causing difficulties for those using it, especially the elderly and disabled.

Although actually representing Norwood ward and rather than just reporting the issue, he decided to borrow a spade and brush and tackle the work on Preston New Road himself. Cllr Myers said:

“The crossing looked about half its normal width at points and was clearly a problem so I figured why not just get on with sorting it there and then? I think the resident was a bit surprised when I asked to borrow a spade though. So I left my Labour colleagues to their canvassing and got stuck into clearing the crossing instead.”

“It took a while but passers-by seemed very pleased with several commenting favourably as I was doing the work. The original household seemed very pleasantly surprised when I finished but also informed me that other crossings further along the road were bad as well.”

“So I then contacted council officers to ask they check those and if necessary clear them, and also reported a number of uneven paving flagstones in the area.

“As it happens, I’d already arranged a group of volunteers to help me with a community skip yesterday (Tuesday) in my ward, which is part of a programme the Norwood councillors carry out to help our residents clear their clutter.

“Unfortunately, the skip failed to turn up but instead of wasting the good intentions of the volunteer team, I asked if they’d help me clear the remaining crossings on Preston New Road instead?

“They readily agreed and as it turned out the original residents were spot on about the other crossings. My colleague Cllr Sonya Kelly was one of the volunteers and we both got stuck into clearing the one by Rathmore Crescent as the other Labour activists tackled the middle one. So now I am pleased to say that the three tactile crossings along there are free of obstruction. 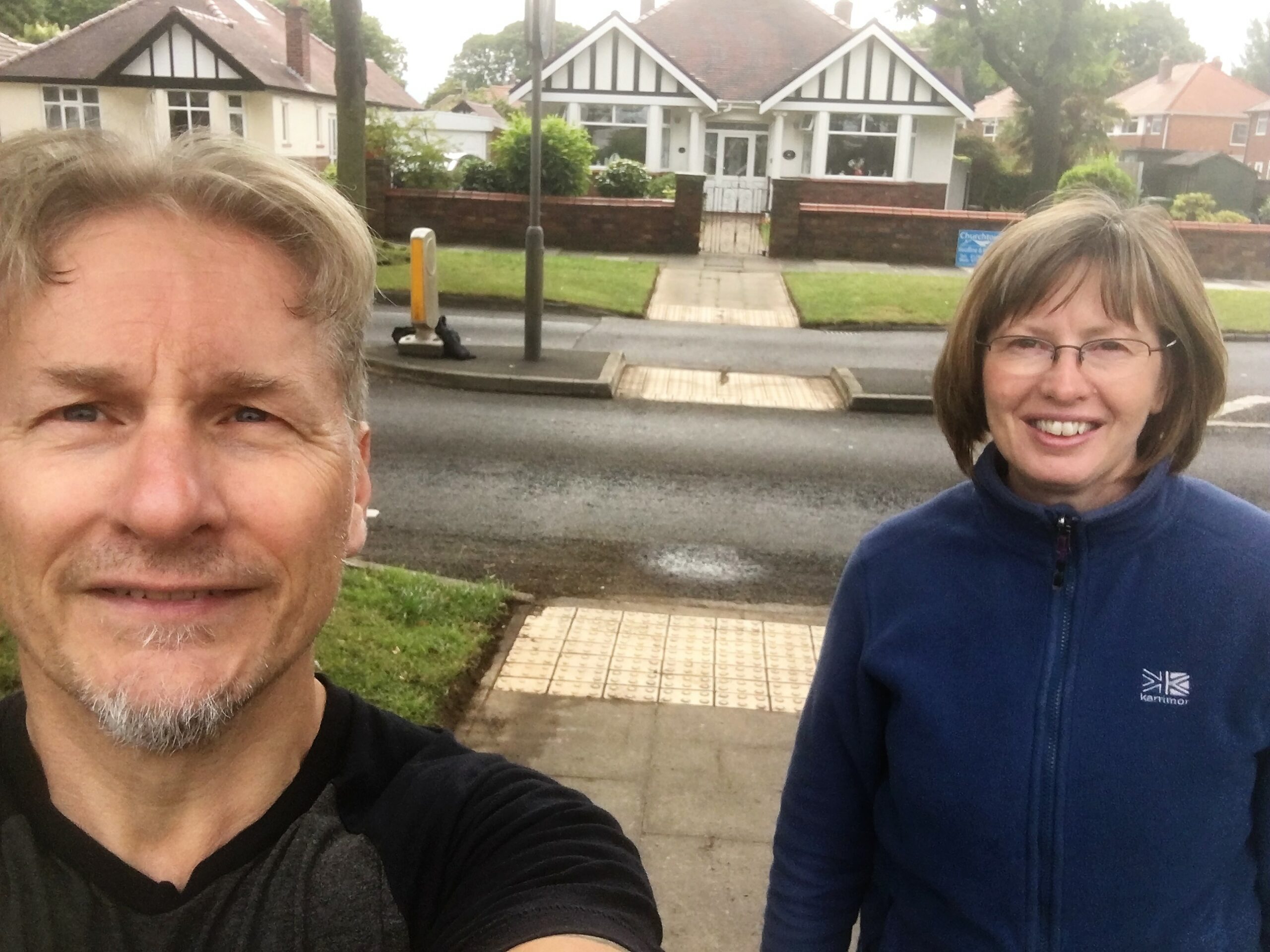 Concerns about the state of the crossings along a busy Southport road have led to some impromptu direct action by a local councillor to tackle the issue. Cllr Greg Myers and Cllr Sonya Kelly

“Once again it seemed to be really appreciated by residents with several thanking us as we worked. I’ve also now reported the weeds issue on Rathmore to officers as it needs sorting.”

“We like to be active in our communities and after a bit of quick thinking when the skip didn’t show, it was a great way of turning a negative into a positive.”

“It gave us another chance to get stuck in and roll our sleeves up to help out and it was really pleasing to be able to assist local residents in another part of town like that.”