New cycle lanes could be installed between Hesketh Park and Crossens in Southport as Sefton Council seeks to encourage more people to cycle and walk short journeys and avoid driving.

The number of lanes at Churchtown lights could be reduced, creating a safe space for people cycling.

Sefton Council has launched a consultation over the proposals, with people’s views sought.

The existing cycle lanes along Preston New Road could be improved, providing wider family friendly cycle lanes which are separated from traffic.

Traffic lights may be installed at the North Road / Fairhaven Road junction while Little Bibby Road could be closed to traffic.

Sefton Council is looking to create a North-South cycling route stretching from Ainsdale to Crossens saying “we want to make the roads and streets easier for everyone to move around.” The council recently declared a Climate Emergency in the borough.

Last year Sefton made a number of changes in Southport town centre, which included: blocking Queens Road to vehicles; installing cycle lanes and removing parking bays along Hoghton Street; and reversing the cycling ban on Chapel Street, Tulketh Street and Wesley Street, in a bid to make the town centre area easier for pedestrians and cyclists.

Now Sefton Council wants to extend the scheme north towards Crossens and south towards Ainsdale.

Sefton Council has secured £700,000 from the Department for Transport to make the changes. The money must be spent by 31st March 2022.

Here are the changes Sefton says it wants to make from Hesketh Park, through Churchtown to Crossens:

Along Cambridge Road we would like to make the distance you have to walk to cross the side streets shorter. We would like to put in more places to stop and rest and create more shade and shelter.

We would like to close Little Bibby Road to vehicles and make this only for people walking and cycling.

At Churchtown lights we would like to make this junction easier for people to cross and for people to cycle through. We will do this by reducing vehicle lanes and creating safe space for people cycling within the junction. 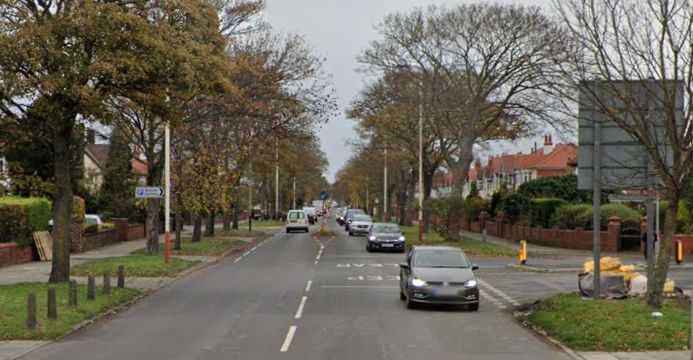 For people walking our ideas include changing the crossing points so people can walk across in one go. Making Preston New Road better to cross. For people cycling our ideas include upgrading the cycle route which is already there to meet national standards. This will include providing wider family friendly cycle lanes which are separated from traffic.

As the route gets closer to the Plough Roundabout the route for people cycling will follow the hedge and then go to the roundabout.

For people walking and cycling our plans and ideas include changing the mini roundabout at North Road, Fairhaven Road to a traffic light-controlled junction with push buttons for people crossing. This will make the junction easier for everyone to use.