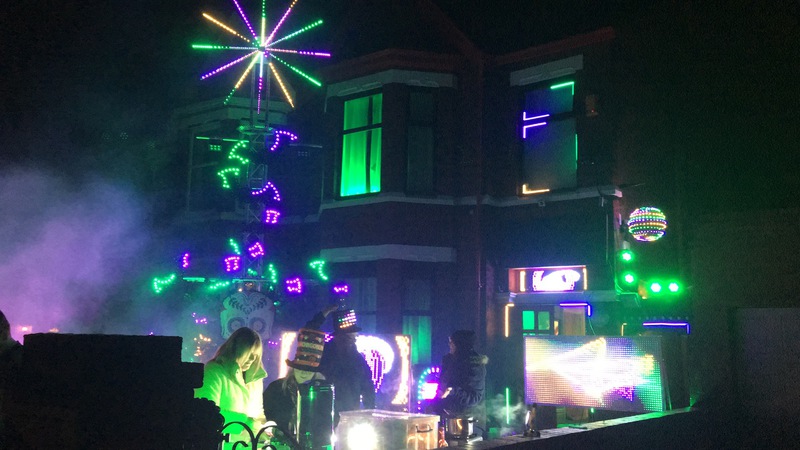 A local firm is helping to make Southport sparkle this Halloween, enabling vital funds to be raised for a dedicated animal charity.

Southport Funeral Care has stepped in to provide financial support for the incredible Sidney Road Lights.

When the lights are running, Mr Henshall provides free hot drinks, sweets and children’s gifts during half hourly shows for local families in return for donations for Freshfields Animal Rescue. Over the years his lights have raised thousands of pounds for the charity.

Ed Mawdsley from Southport Funeral Care,  which is based at 25/27 Shakespeare Street in  Southport, said: “We’ve known Steve for some time and admire his family in their fundraising for Freshfields Animal Rescue through the lights.

“We are proud to sponsor the Sidney Road Lights Halloween Show.

“In our business, commitment to families is second to none, along with the personal attention from two experienced Funeral Directors.

“We look forward to adding ‘that something extra’ to the Halloween light shows!” 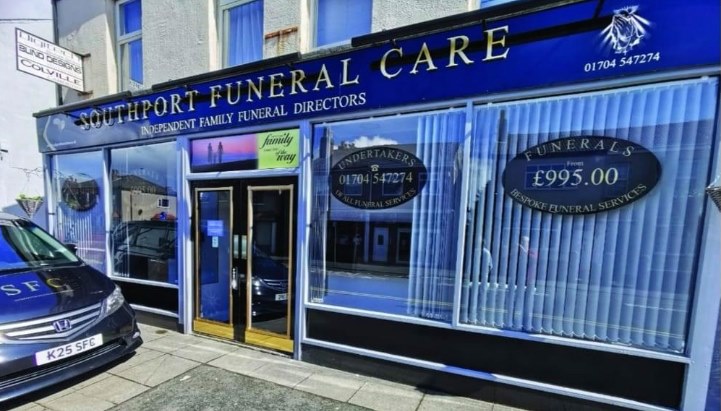 Len Coleman, of Southport Funeral Care, is excited about the new sponsorship.

He said: “The lights bring out a great community spirit which we embrace in our business model.

“We both aim to see that family traditions are upheld and celebrated.

“Whilst it might seem unusual for us to sponsor Sidney Road Lights we are uniquely placed to bring some spooky additions to the show!”

Steve Henshall, creator of Sidney Road Lights, said: “Making, maintaining and running the lights is a year-round hobby taking all my spare time and money – I couldn’t do it without the support of my family.

“It’s very noticeable with the Halloween show, such a great deal of work and investment for one or two nights so it’s a tremendous boost for Ed and Len to come on board and sponsor us.

“We’ll have hundreds of hot dogs and gallons of hot chocolate to hand out in exchange for a donation to Freshfields Animal Rescue thanks to their generosity.

“We last ran the Halloween show in 2019. Due to COVID-19 last year’s show was cancelled. As a result we have umpteen new props including spiders, a most peculiar cat and hopefully an illuminated coffin lid too – not a real one I hasten to add!

“Those are just in addition to new props which you’ll see in the Christmas show as well.

“The 2019 show ran for just two hours but in that time we gave out 280 hot dogs plus lashing of hot chocolate in return for Donations to Freshfields which we added to our Christmas total.

“We are so pleased that Southport Funeral Care has joined us this year. Ed Mawdesley has been a keen supporter of our shows and has helped many a cold and wet night manhandling heavy and unwieldy props so it really is fantastic news about their sponsorship.

“Speaking to Len Coleman, many ideas have come to light on how we can use Southport

“We will have two night’s of shows this year, Saturday 30th October and Sunday 31st October from 5pm-7pm or thereabouts depending on attendance. The lights will run even if wet but some effects might not be running.”