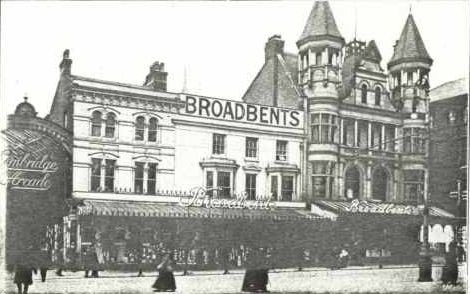 Do you remember Broadbents in Southport?

The elegant department store on Chapel Street in Southport town centre welcomed millions of shoppers over the years, with fond memories of elegant window displays and “another world” inside.

Southport has been famous for its department stores over the years with the likes of Broadbents, Boothroyds, Beales, Debenhams, BHS and others.

It evokes memories of the TV series Are You Being Served.

Stand Up For Southport revealed this week how the former Broadbents store has now been sold at auction for £500,000, promising a bright new future for the building, which was operated by BHS until the firm entered administration in April 2016.

The news has prompted Stand Up For Southport Facebook group members to look back at the grand shop’s past.

David Drummond said: “This fine building was originally built by the high end grocery and tea and coffee merchants Barrett & Birtwistle in 1871.

“The building was originally much larger and grander with twin turrets. Barrett & Birtwistle sadly did not survive World War One and sold the building to Broadbent & Co.

“Under this firm’s management, it re-opened in 1919 and remained Broadbents until the firm merged with Boothroyds in the 1980s, whereupon it sold the Chapel Street Store to BHS and moved in with Boothroyds at its flagship store on Lord Street.

“I do not know when the building was reduced in size but suspect it may have suffered bomb damage in World War Two.

“Let us hope it survives this latest sale.

“The adjoining building to the left of the turreted main building was originally Bon Marche, another grand department store, which was absorbed by Broadbents as it expanded.”

Many people enjoyed shopping at Broadbents.

Lynn Paweleck said: “I used to come to stay in Southport as a young child in the 1960s. My Mum and I used to treat ourselves to a ‘businessman’s lunch’ at Broadbents.

“We thought it was very posh and we loved to explore and gaze at items for sale that we couldn’t afford!

“I used to sit in awe of the old ladies dressed in twinsets and pearls, always wearing elegant hats!

“The men were in the majority in the restaurant and would be wearing smart suits and bowler hats!

“It was another world and I loved a glimpse inside it!”

Joanne Griffiths said: “I loved shopping there. They always had lovely things in the homeware department.”

Anne Moran said: “I remember the fabulous Christmas window displays when I was a child.”

Tara Cobin said: “My introduction to beautiful cosmetics – I was just a teenager when my Mum and I went shopping there before my brother’s wedding.”

Karen Roberts said: “My mum worked there doing silver service waitressing and I can remember as a small child thinking it was the poshest place ever!”

Andrea Siarkiewicz said: “My mum worked there in the 1960s on the gloves counter, in the days when women wore leather gloves with every outfit.”

Ian Holt said: “I’m sure I remember as a kid in the late ‘70s going to the top floor in the lift and there being a huge train set? Or have I dreamt that?”

Alison Cooper said: “Always loved being in that shop. In my teenage years I had my make-up done and went to the restaurant. Fab place.”

Helen Pallis said: “I worked in the perfumery in the early ‘90s, I loved it! So many fond memories.” 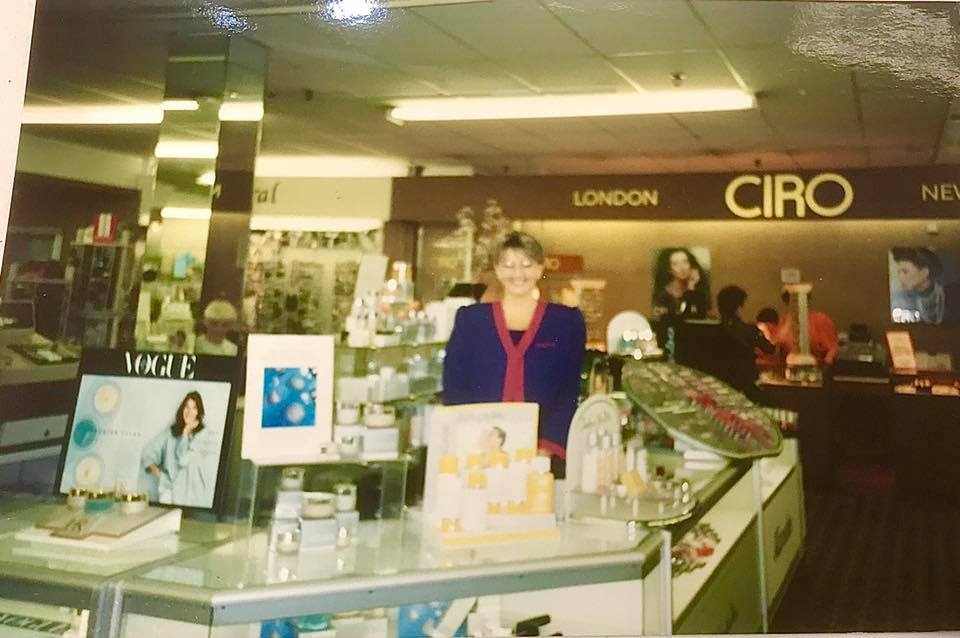 Ian Butler said: “I attended Christ Church School just around the corner in the late ‘60s. When it was a wet dinner time we used to go in there playing in one of the lifts. Eventually the lift operator that worked the other lift would chase us off.”

Pat Fleetwood said: “Loved that shop! I worked round the corner in the Cambridge Arcade as it was then known in the Publicity and Attractions Department. Happy days!”

Lesley Rimmer said: “I worked as a Saturday girl there in the ‘60s. Does anybody remember the model walking around the store from the fashion department showing the clothes range?”

For many, the store was the first place to go for wedding outfits.

Christine Blundell said: “My wedding dress and bridesmaid dresses were purchased from Broadbents on Chapel Street, Southport, in 1984.”

Maureen Taylor said: “Yes I got my wedding dress from there in 1984.”

Joan Graham said: “I bought my wedding dress from there in 1988.”

Working in the department store also brought back happy memories for people.

Susan Stacey said: “I worked in Broadbents from about 1981 to 1991 before going over to Boothroyds. I worked on Easter and Dereta, Ciro Pearls, Corocraft and Saral jewellery.

“I saw some changes over those years as it transferred to different companies such as Owen Owens.

“We had great Christmas parties at the Royal Clifton each year. Loved working there.” 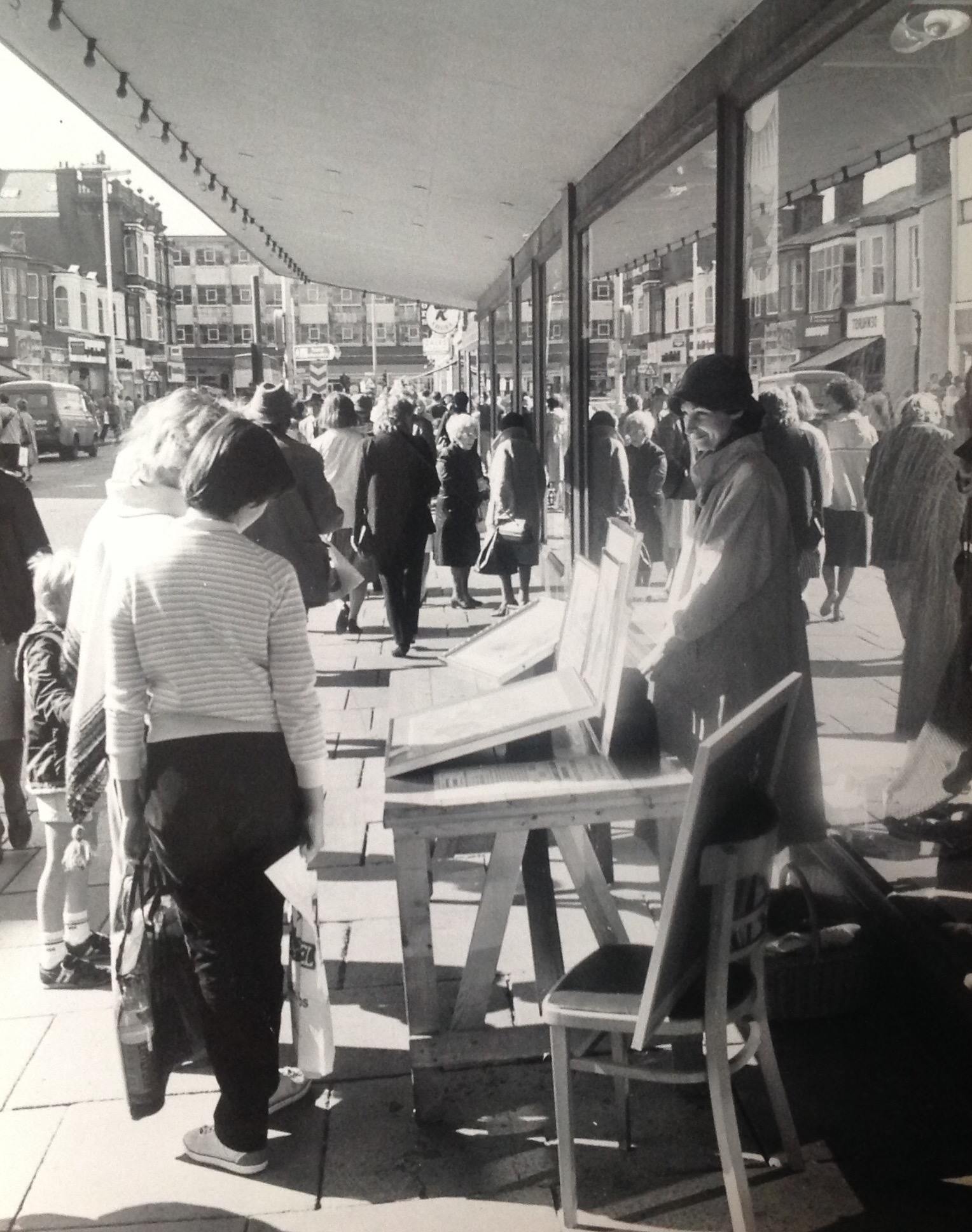 Jan Bernie Charnock said: “I worked in the restaurant as a waitress on Saturdays from 1976 and extra days in the Summer holidays.

“My first job was to clean the silver cutlery and fill the salt and pepper pots. I searched my brains for the name, I think the supervisor was called Ada Milne.

“A group of managers used to have their coffee, lunch and tea breaks around a circular table in the bay window at the front.”

Lesley Scholes said: “I had a holiday job in Broadbents, I think it was 1966, the year England won the World Cup.

“I was in the haberdashery department in the annex across from the main store, and my friend was working on the artificial flowers counter.

“I remember one of her neighbours went up to her and asked her about her dog, an Airedale. “She said ‘How’s your lovely dog? He’s a Dahlia isn’t he?’ We laughed about that for a long long time afterwards, and that’s what I recollect the most about working in Broadbents!”

Debbie Emmett said: “My sister Wilma and I worked there in the ‘70s and ‘80s. I met my husband there as well. Fond memories.”

Fiona Suzanne said: “I did my work experience there and then got a Saturday job until Owen Owen sold it and I was made redundant! Went to work in Broadbents and Boothroyds after that again on a Saturday and during the holidays! I loved it!”

Amanda Berry said: “I worked in the cafe in Boothroyds as a Saturday job and then moved to the restaurant in Broadbents full-time until I went to do my nurse training early ‘80s.”

Barrie Gabbott said: “I was a Saturday boy working there and my first department was on bed linens. I used to get covered in fluffy residue from the displays of bedspreads on my dark suit.

“I also remember Miss Mutlow on Furs who used to keep a cigar burning in her department to make it smell expensive. Plus the display team who did fantastic window displays.” 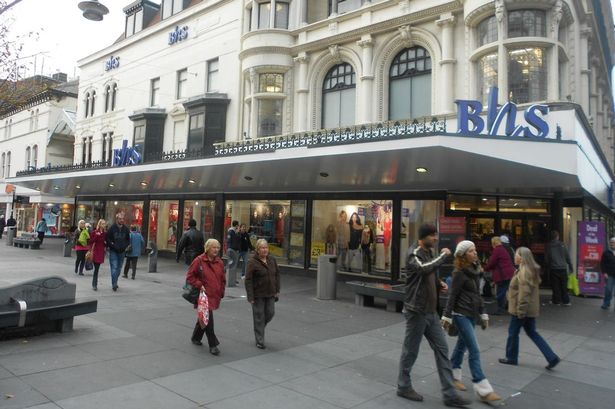 The former BHS store on Chapel Street in Southport

Pam Leckie said: “My mum worked there in the early 1960s on the handbags. Mrs Sandbach was the buyer in those days. I was the Assistant Sales Manager on lingerie in both Boothroyds and Broadbents from 1984 to 1986.”

Kevin Watkins said: “My first Saturday job was in the kitchen in 1977. I started on washing up, and I ended up making the prawn open sandwiches!

Andy Swettenham said: “Like Kevin, I worked in the cafe first on a Saturday and then moved to menswear and lots of the other departments both in Broadbents and Boothroyds.

“I worked during the Christmas holidays and Summer holidays.

“I worked with Mike Nottingham and Bill Briggs on menswear.

“So many lovely people worked there.”