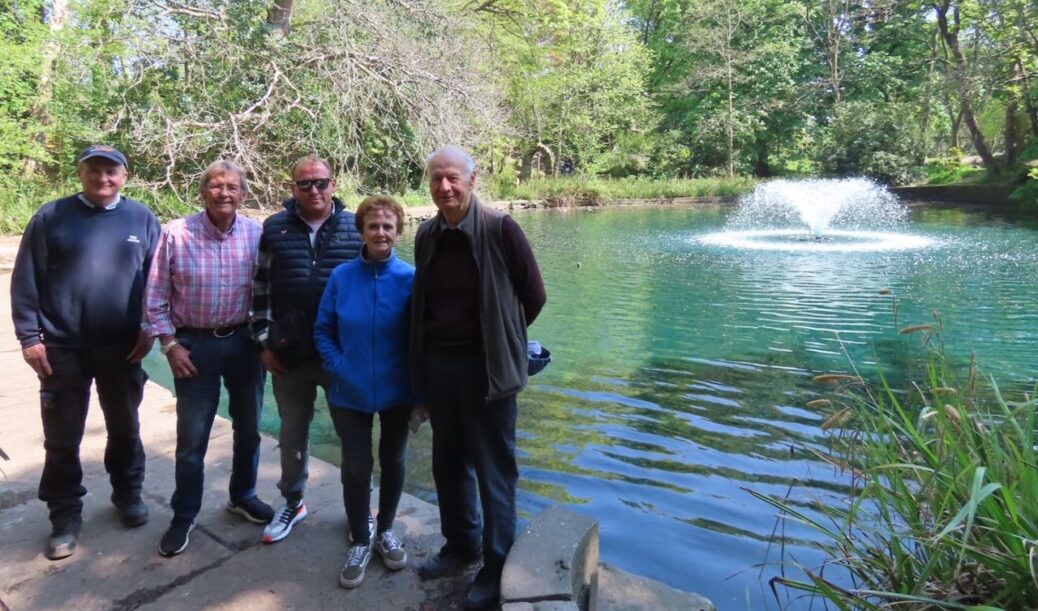 The brand new fountains at the Botanic Gardens in Churchtown in Southport have now been switched on, after the success of a huge fundraising campaign.

Two water aeration fountains, one at each end of the lake, are designed to help towards cleaning the water and improving oxygen levels, while also creating some attractive new features.

They have been made possible thanks to the fundraising being done by the Make A Change For Botanic group which has raised over £28,000, supported by the work of the Botanic gardens Community Association volunteers who have led the way in maintaining and improving the park over the past 11 years.

The creation of the fountains were inspired by much-loved local man Ben Smith-Crallan, who was just 37 years old when he died, days after falling into the lake at the Botanic Gardens in June 2018. His family and friends have been determined to do all they can to improve water quality ever since.

The fountains were installed by local firm PHC Services.

Campaigners are now urging people to support them in their ambitions to clear the lake of debris and further improve water quality and safety.

Water aeration is the process of increasing or maintaining the oxygen saturation of water.

David Rawsthorne, who founded the Make A Change For Botanic campaign, said: “It was a rather emotional experience turning the new fountains on in Botanic Gardens with Ben’s Dad, Peter Smith-Crallan. I switched the one on at the far end while Peter officially switched on the one at the aviary end of the lake.

“I’d like to thank every single person who has backed our campaign and who donated, the whole Southport community can be proud of themselves.

“On a personal level it has been extremely cathartic for me to have achieved this in the memory of a truly irreplaceable best friend Ben Smith-Crallan.

“Whilst I will carry him in my heart every day for the rest of my life I feel these fountains can represent something positive coming from his tragic and untimely death and myself and Ben’s family can take some comfort from them.

“I would like the local community to refer to the fountains as ‘Ben’s fountains’.

“Moving forwards my campaign partner Jess Thwaites is pressing on with trying to see the lake dredged sooner rather than later.

“As one community we need to all work at fundraising ideas and the like to keep things progressing.”

Peter Smith-Crallan said: “I am very pleased to see the fountains installed and working.

“It is money very well spent. They are worth every penny.

From left: Paul Sherman; Peter Smith-Crallan; David Rawsthorne; Ann Cobham; and David Cobham next to the new fountain in the lake at the Botanic Gardens in Churchtown in Southport. Photo by Andrew Brown Media

“Anyone who has donated to the Make A Change To Botanic campaign will think that these new water aeration fountains are brilliant.

“Now they will be asking – now what? What is next on the list to be improved at the Botanic Gardens?”

He said: “We have been pleased to be working alongside the Make A Change For Botanic group to get these fountains installed and to make other improvements at the Botanic Gardens.

“We have carried out a huge amount of work at the park over the past 11 years, to improve and maintain it, for the enjoyment of all. We have transformed the flower beds; the aviary; the fernery; the public toilets. Maintaining this wonderful park is a full time job!

“The aviary has never looked better, while the fernery is filled with ferns. There are certain improvements that we really need, but certain aspects are looking really good. 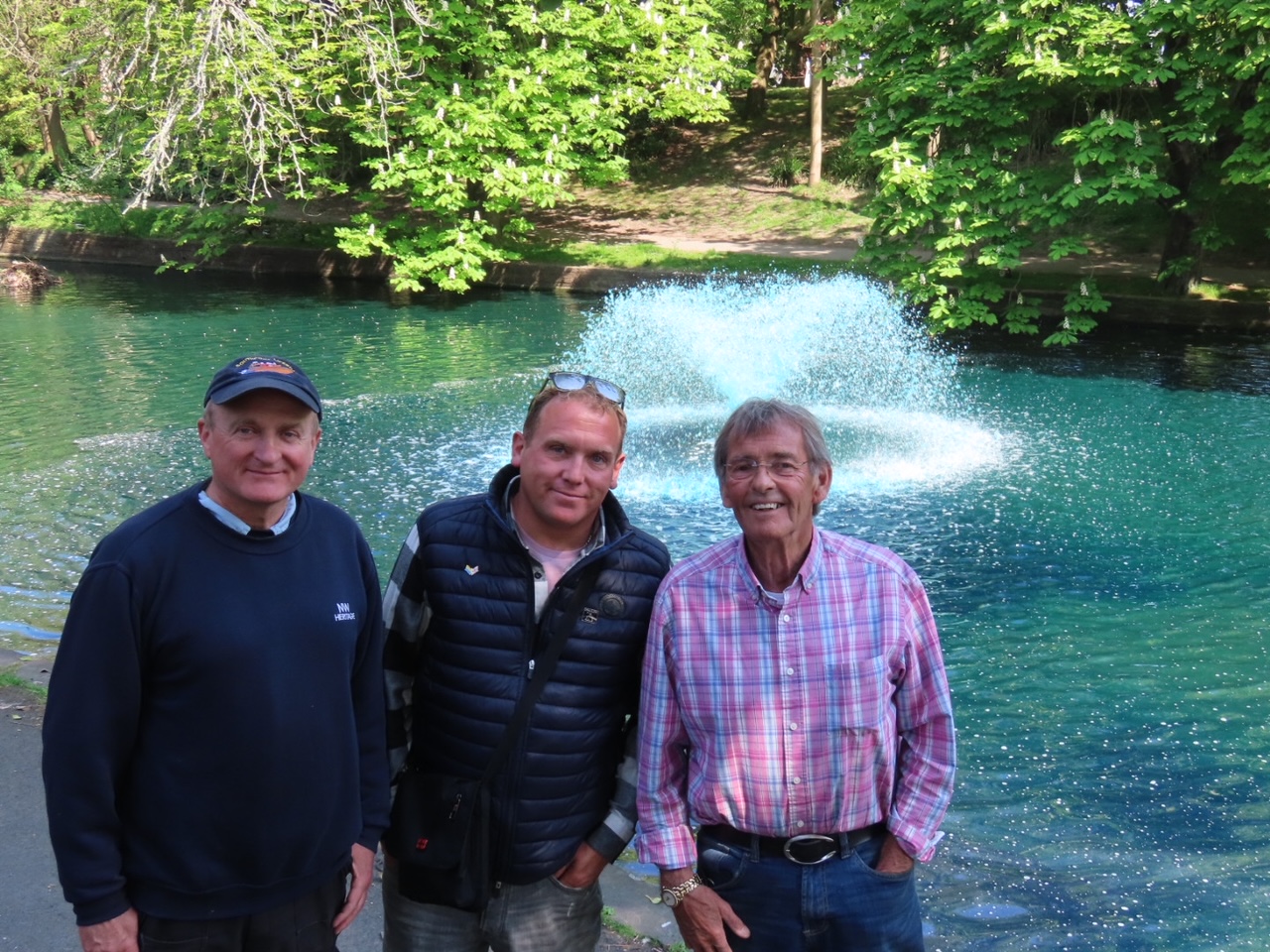 From left: Paul Sherman; David Rawsthorne and Peter Smith-Crallan next to the new fountain in the lake at the Botanic Gardens in Churchtown in Southport. Photo by Andrew Brown Media

“Installing these new water aerating fountains is just the start in the next lot of improvement works at the park which need to take place.

“Next up will be the unveiling of Robert Newbiggin’s new mural, which will take place at the Botanic Gardens Family Fun Day on Sunday, 19th June, between 10am and 4pm. The Botanic Gardens Community Association has paid for all the materials needed for the mural, while Robert is kindly painting it. Meols Ward councillors have also donated £1,000.

“Things with the park are moving forwards.

“We have been fighting for a long time for investment into the Botanic Gardens.”

The next ambition of the campaigners now is for the lake to be cleared out.

David Cobham said: “When the lake is cleared out, the fountains will really help to keep the water clean.”

The fountains were installed by Paul Sherman, owner of PHC Services.

He said: “It is really emotional to see the fountains going. It is a great moment.

“I think the new water aeration fountains are a great start. By aerating the lake it will help to clean the water.

“There is a lot of investment in the lake and around the park which needs doing. Ideally they need to silt the lake.

“Today is a small step in the right direction. 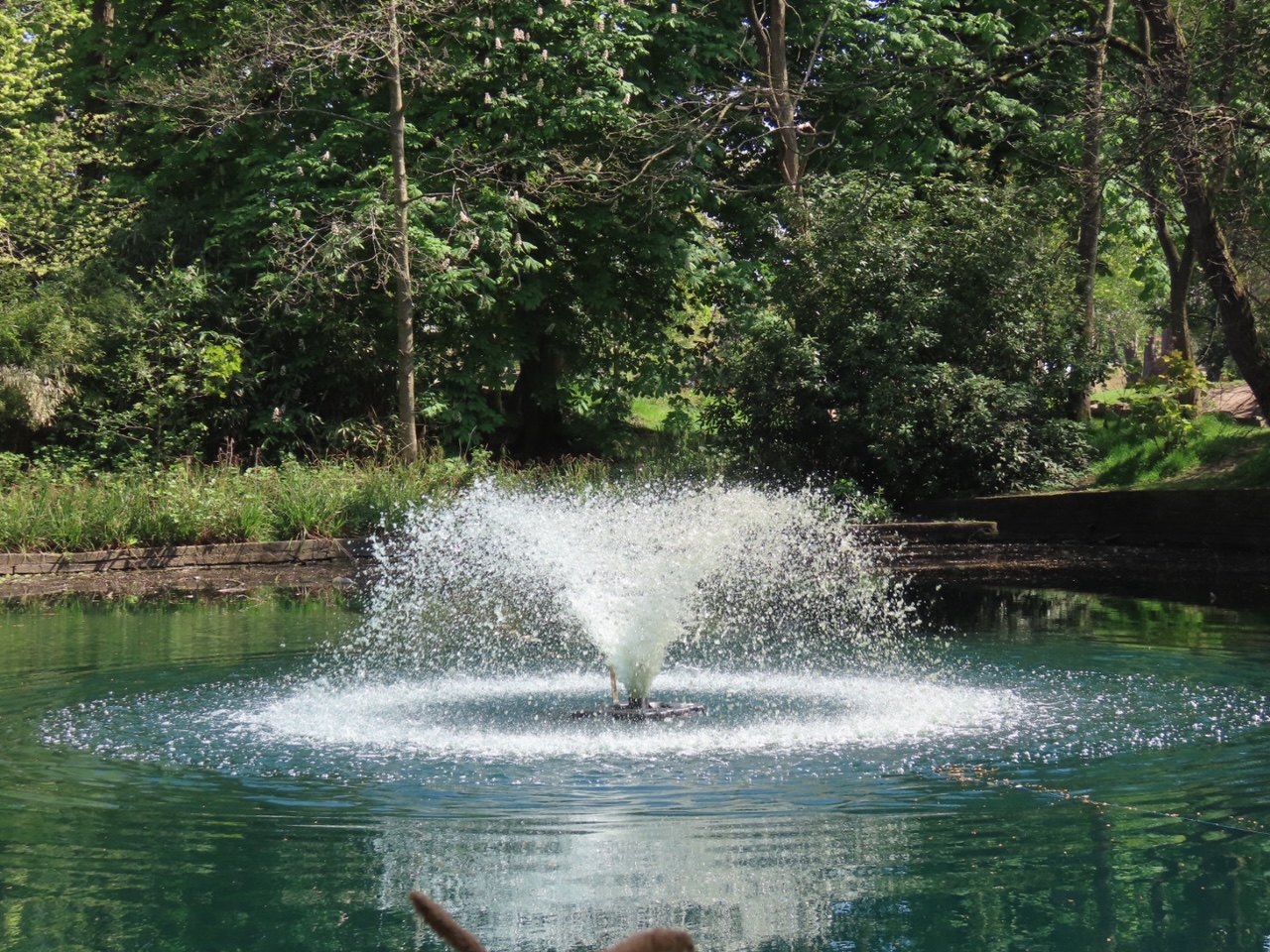 “The work being done to improve the park by David and Ann Cobham and the Botanic Gardens Community Association, and by Jess and David and the other campaigners in the Make A Change For Botanic campaigners, has been fantastic.

“People say the Botanic Gardens is the jewel in the crown of Southport.

“I remember coming here when it was in its heyday, with rowing boats on the lake. It would be great to be able to bring those days back.”

Make A Change For Botanic was launched by David Rawsthorne on 23rd March 2021, and has already raised around £28,000 to enable safety work to take place, which will include the new water aeration fountains in the lake.

The team works very closely with the volunteers from the Botanic Gardens Community Association, which has been playing a leading role in maintaining the historic park over the past ten years.

The Grade II Listed Botanic Gardens first opened to visitors in 1874 and has been enjoyed by millions of people since.

Next up in their calendar for the campaigners is a Botanic Gardens Family Fun Day, which takes place at the park on Sunday, 19th June, between 10am and 4pm. The event is sponsored by Monkey Puzzle Day Nursery.

A number of stalls will also be present, which have all been taken, thanks to a great response.

Churchtown Primary is holding an art competition in the school with the winning artwork being displayed throughout the park at the fun day.