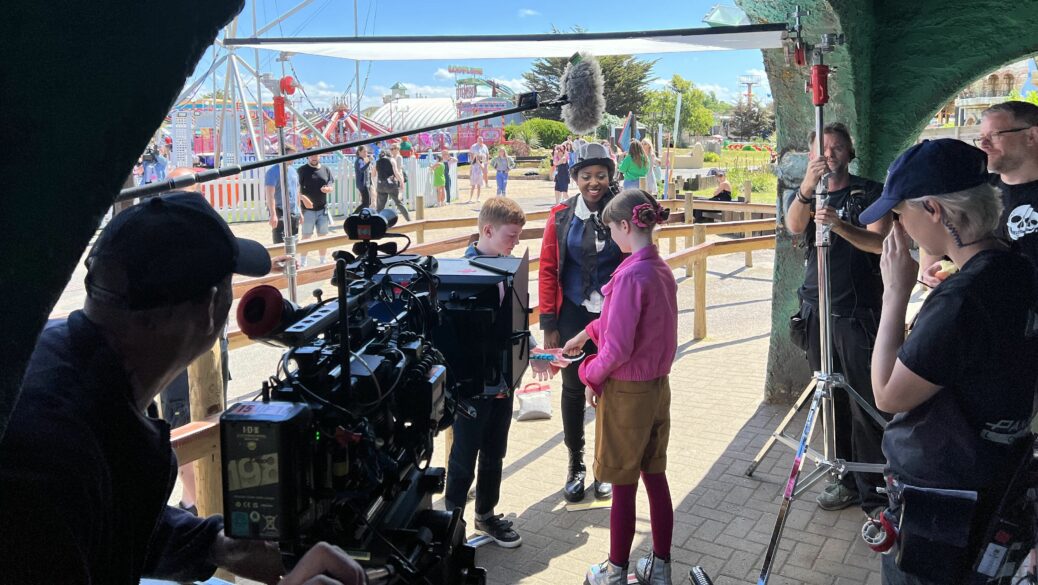 Sharp-eyed fans of the popular CBBC children’s show Princess Mirror-Belle may have spotted a familiar backdrop when the new series aired on TV this week.

The first episode – which was shown last night (Monday, November 21) – was filmed in and around Southport Pleasureland, and included some of the park’s most popular attractions like the Ghost Train.

Filming took place this summer and featured the show’s young stars Tallulah Conabeare as Ellen and her alter ego Princess Mirror-Belle and Jordan Cramond as Luke.

This week’s episode ‘Wobblesday’ was about Mirror-Belle wobbling out of a Hall of Mirrors, where her wobbliness helped her win lots of prizes and teach Luke a lesson on the Ghost Train.

Norman Wallis, Southport Pleasureland’s CEO, said: “Filming took place in June when the park grounds were filled with cameras, microphones, cast, crew and an all-round fantastic atmosphere. We absolutely loved having the CBeebies gang at the park.”

The episode is still available to watch on BBC iPlayer.