The Cove Resort in Southport on course to deliver exciting lagoon, leisure facilities and 4 star hotel

Plans for The Cove Resort are fully on course for delivery in Southport.

This world class leisure and hospitality attraction will create an exciting lagoon, multiple leisure facilities, a thermal spa, a 4-star hotel, together with casual dining options.

It will be created at Princes Park in Southport, adding to other major regeneration projects in the resort including the new Marine Lake Events Centre with its additional water and light show.

New images have today been released which give some further indications of what people can expect.

An update has also been provided by Tony Howard of GSL and The Cove Resort.

He said: “The project is part of a collective effort to transform Southport’s waterfront including Sefton Council’s exciting plans for Marine Lake Events Centre (MLEC), and other key projects planned.

“It is vital that we coordinate the impact and organisation of each of these projects as a whole, as doing so will ensure that the end result is much more than the sum of its parts. 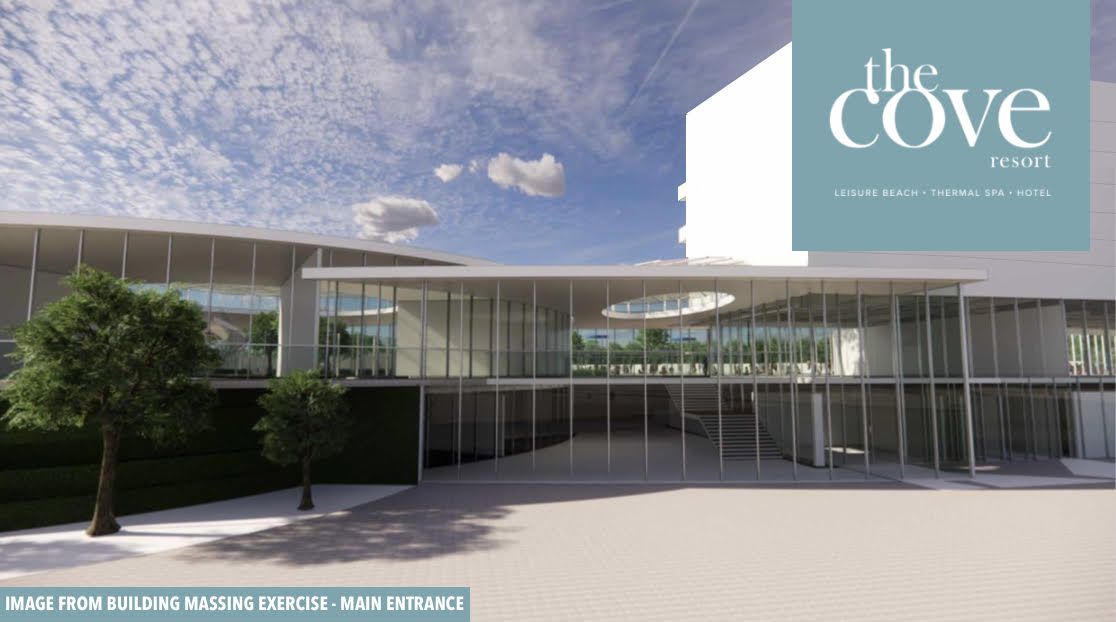 “For the last two years we have worked fastidiously on The Cove Resort, and so with all the many moving parts of a coordinated waterfront plan, progress can be described as steady and sure-footed.

“In September this year we visited our technical partners Whitewater West and Myrtha Pools. We are very excited by the product collaboration of these two titans within the industry. Their lagoon product sits perfectly with our resort concept which is quite a different animal from a vast, one-dimensional ’surf park’.

“It is the operational versatility and appearance of our lagoon which enables our broader and inclusive resort offering. 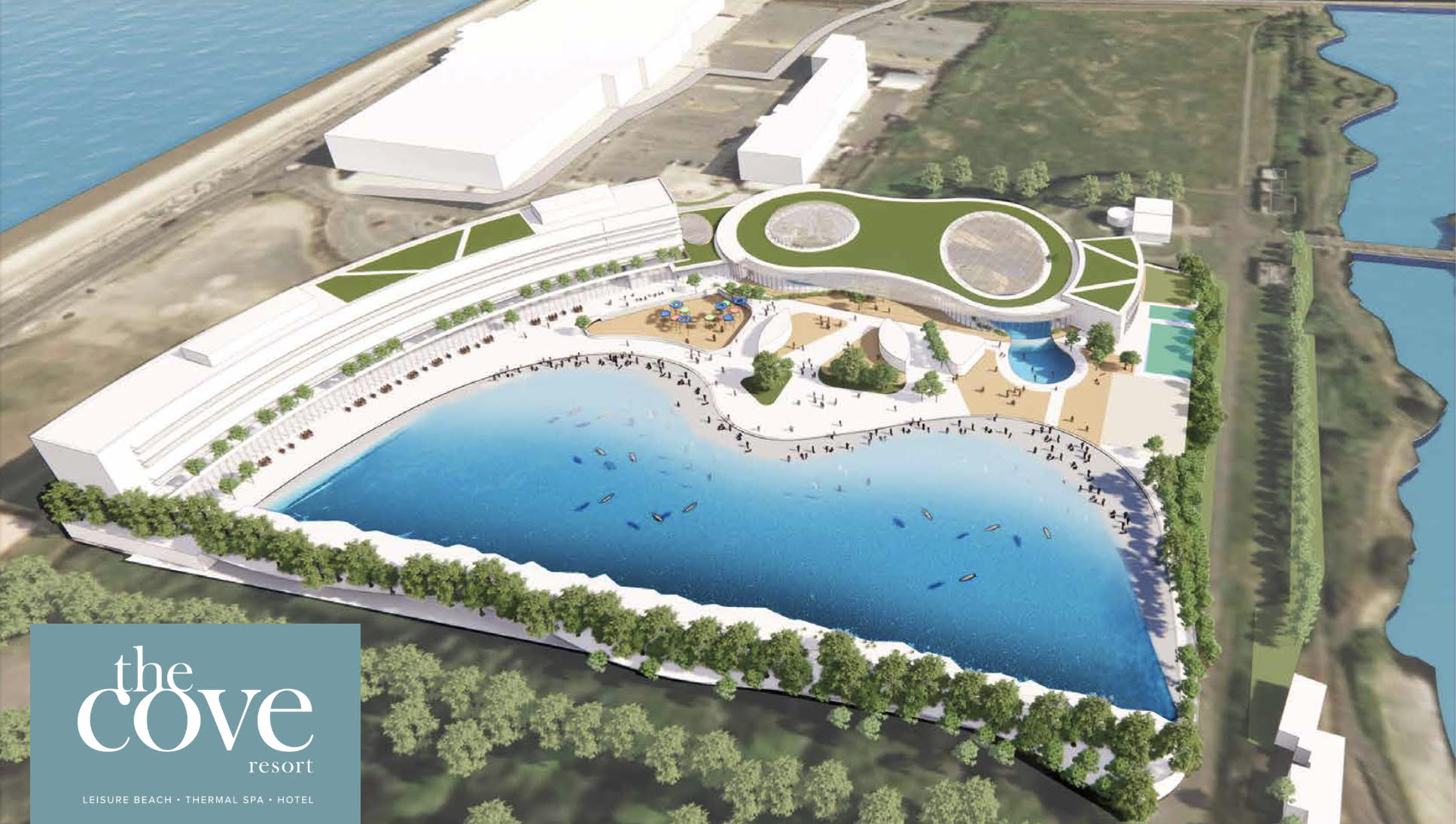 “Whitewater West also came to visit Southport to express their full support to Sefton Council for the project. On this visit, the untapped potential within the town and the waterfront was abundantly clear for all to see.

“The project aim is to deliver something very special for our hometown of Southport. 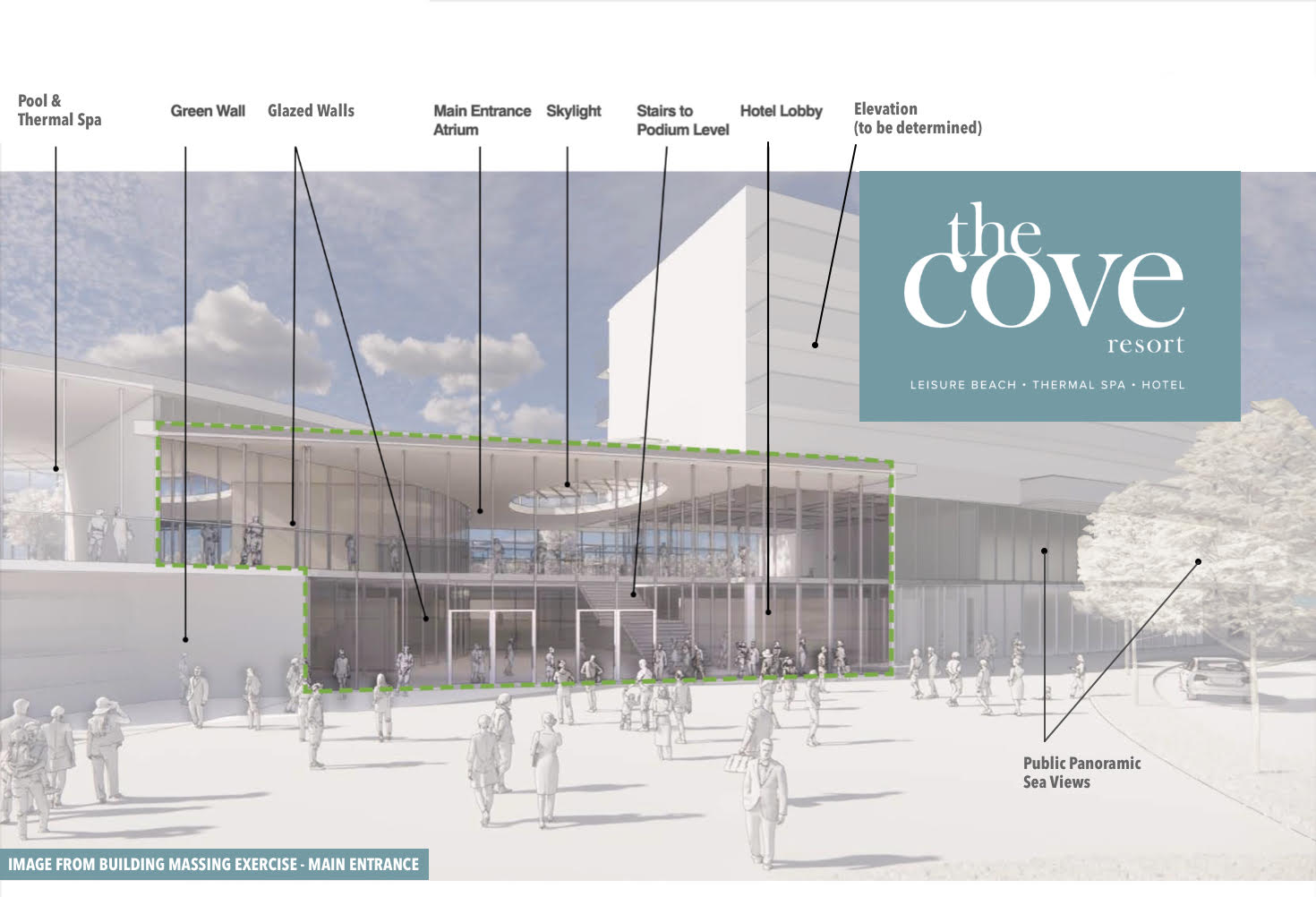 “The plans for The Cove Resort are ambitious but they also respond appropriately to its setting within a destination resort based on current and projected future visitor numbers.

“We are very pleased with the progress that both Sefton Council and ourselves continue to make on this project, and we hope to have a further announcement soon. In the meantime, we thought we might release some previously unseen project images.”