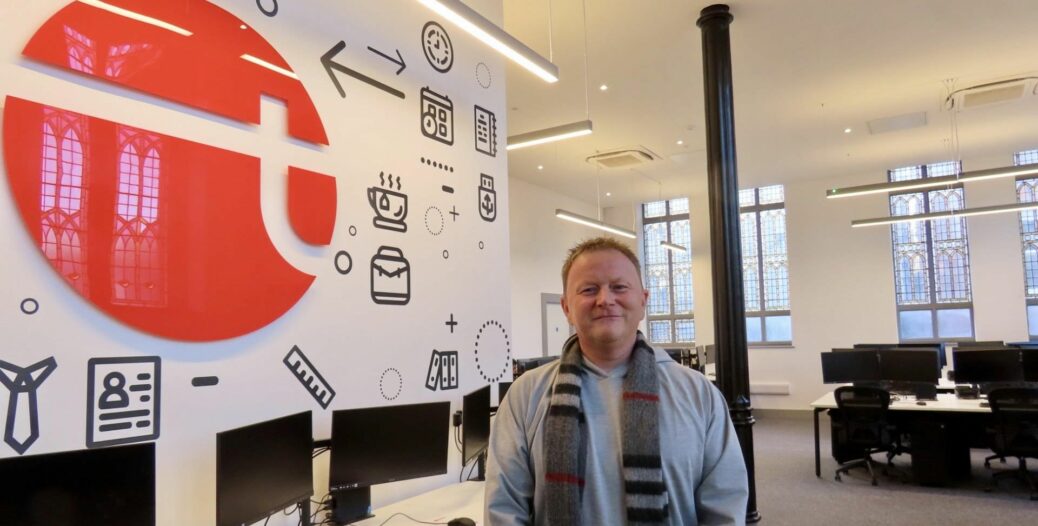 The impressive new Techedia offices in Southport town centre are now open, after an investment of well over £1 million.

It is a huge boost for Southport’s hopes of diversifying its economy and growing the creative, digital and tech sectors – and a blueprint for what the town can become.

Techedia, which specialises in IT in the professional services sector, moved from its base in Crosby as it continues to expand. The firm has experienced year on year growth since its formation in 2013.

There are 40 people currently employed in the  6,000sq ft Cloisters building with the ambition of growing that to 50 by the end of this year and 60 next year.

Formerly a Victorian era school building – occupied by Christ Church School – the site was previously occupied by Taskers Sports.  It has been divided into two units.

The unoccupied section of the building next to Techedia will soon host another professional services firm, with Techedia in discussions with law firms, architects and accountants.

Later this year the new Southport Enterprise Arcade is due to open nearby on Eastbank Street while work is due to begin soon on covering the former BHS department store on Chapel Street into 30 new apartments, with retail and leisure units underneath.

New life is arriving in Southport town centre which is sure to attract more private investment as well as supporting the existing local businesses in the area.

For Techedia owner Matthew Townson it has been a real labour of love.

A born and bred Sandgrounder, he studied at Larkfield Primary, Birkdale High School and KGV Sixth Form College before heading to university.

He already invests heavily in the town by sponsoring Southport Football Club, with Techedia’s name appearing across the front of shirts at all levels. 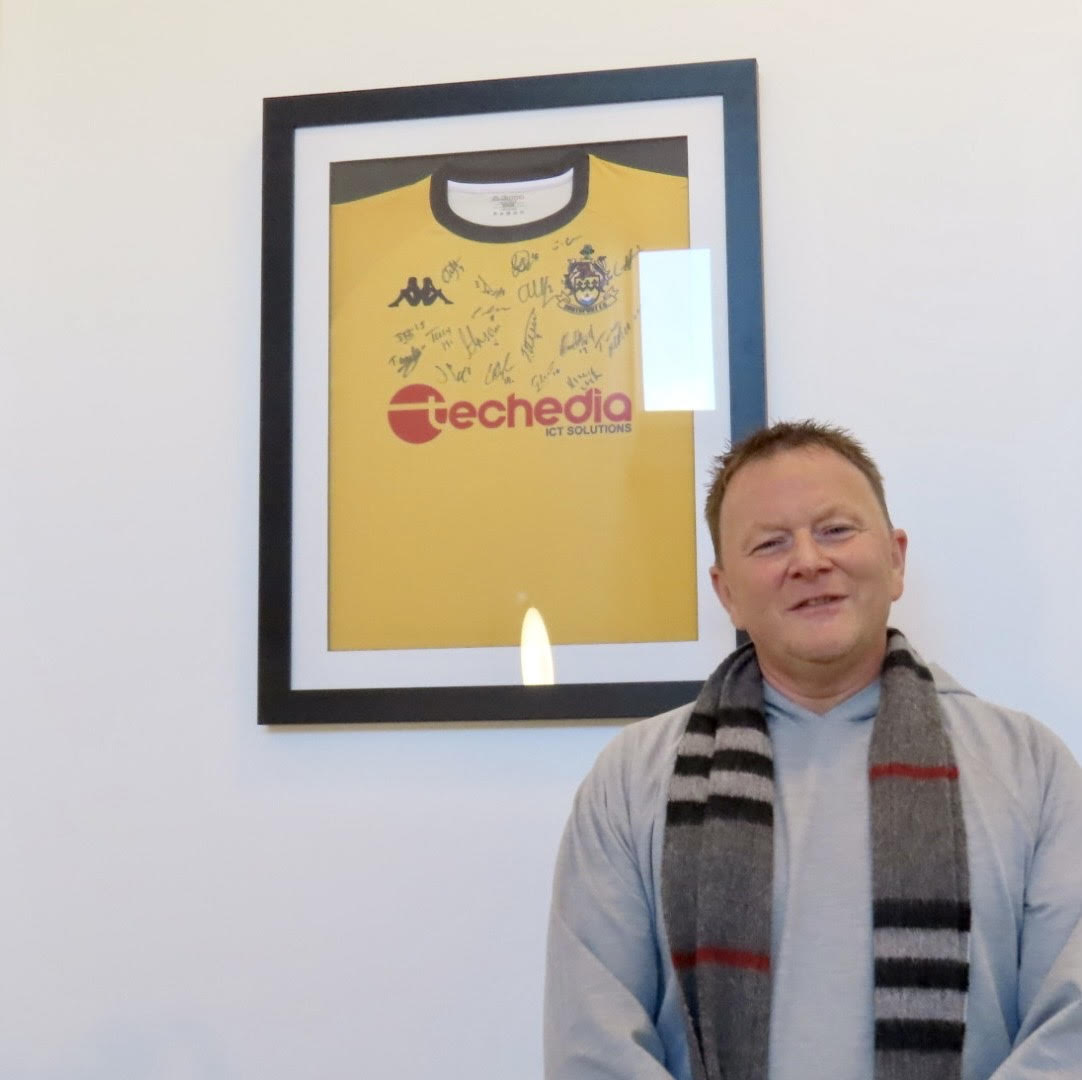 Techedia Managing Director Matthew Townson with a Southport FC shirt inside the Techedia offices at the Cloisters Building on Corporation Street in Southport town centre. Techedia is the main sponsor for Southport FC. Photo by Andrew Brown Media

Mr Townson has fond memories of visiting his granddad, Douglas Tinsley, who was a Director at the famous Broadbents & Boothroyds department store on Lord Street in the 1970s and 1980s.

He is delighted to be able to look out of his windows in his office at Techedia and see his grandfather’s old store, now operating at Beales department store.

He said: “The Covid pandemic got in the way of our plans! Design work started on this project two years ago.

“It has cost well over £1 million to redevelop the Cloisters building.

“There has been nothing easy about this process. But we are very proud of what we have achieved. We have got something that is really amazing here. 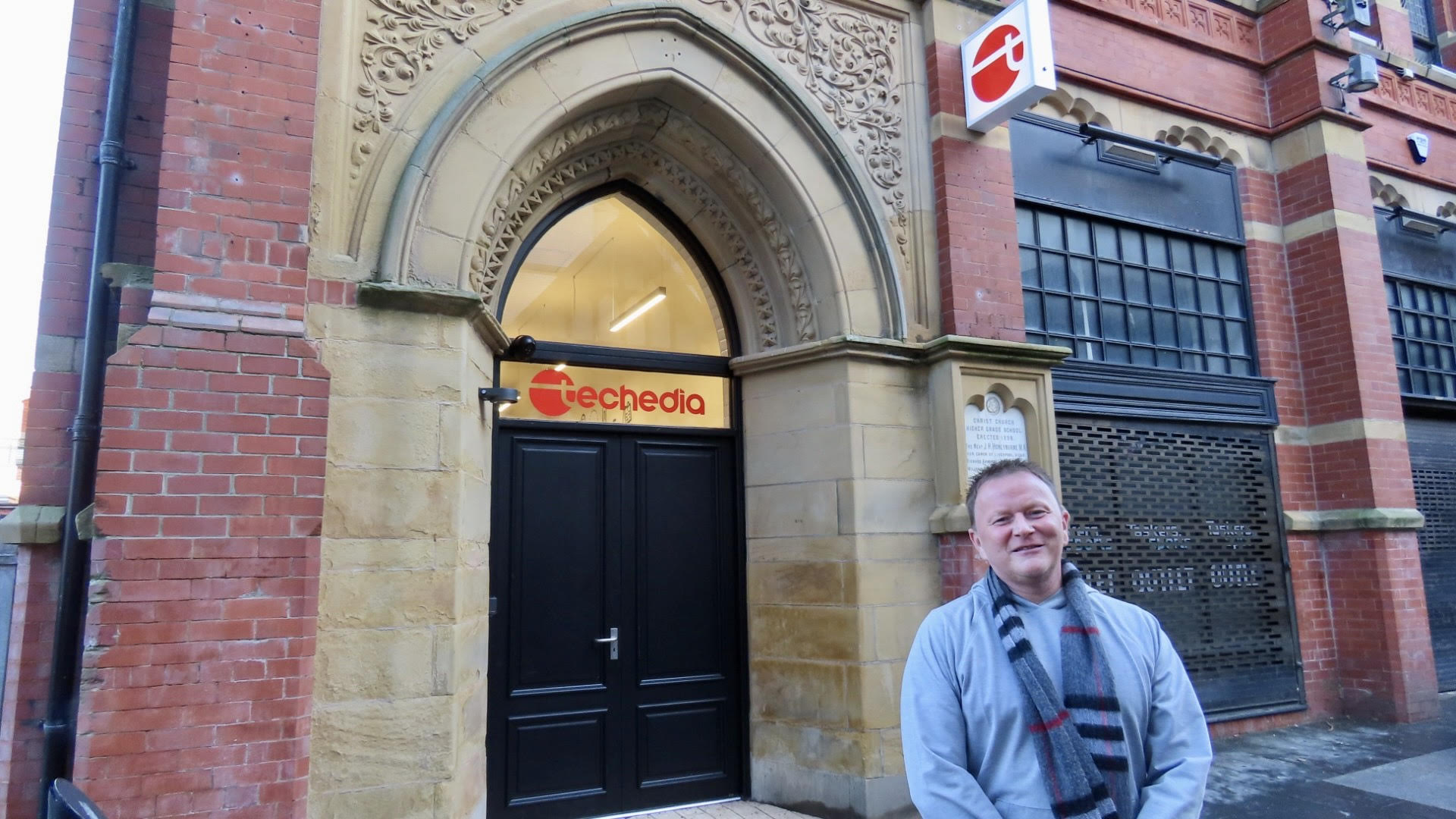 “As a proud Sandgrounder, I am grateful for the opportunity to bring such an important building in the town back to life after being empty for three years.

“We are keen to attract local people to work in the building and perhaps more importantly retain that talent, which in the past has moved elsewhere, as well as help fuel the local economy.

“I took a chance on this project, but if you don’t take a chance then you are just standing still.

“It would have been much cheaper and easier to knock down this building and build something new from scratch! But this is a beautiful, historic venue which is really important to Southport. 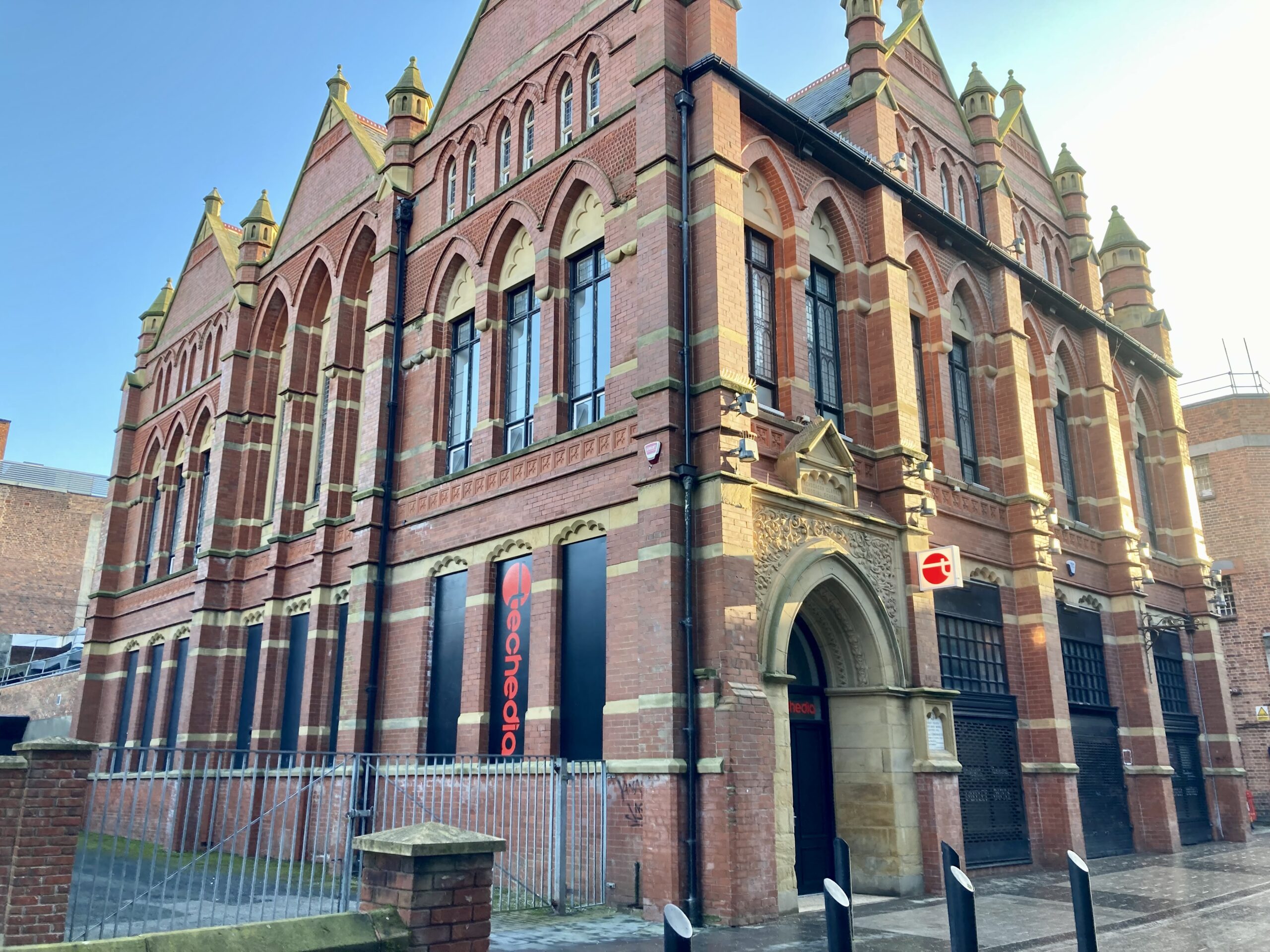 The Techedia offices at the Cloisters Building on Corporation Street in Southport town centre. Photo by Andrew Brown Media

“We have spent a huge amount of time and effort in uncovering and restoring original features.

“The stained glass windows to the front have been boarded up for the past 50 years, now they are back.

“There is not a day that goes by without someone walking past telling me they used to go to school here, or how much they have enjoyed seeing the site being restored.

“We have kept the outside of the building in its original form as much as we could.

“On the inside we have created a modern, quality office environment.

“We have installed new floors, lifts, disability access, and new toilets. New spaces have been made.

“Greenmount Projects in Wigan have carried out the development work for us. They were the most local company I could find which could really do this project justice. 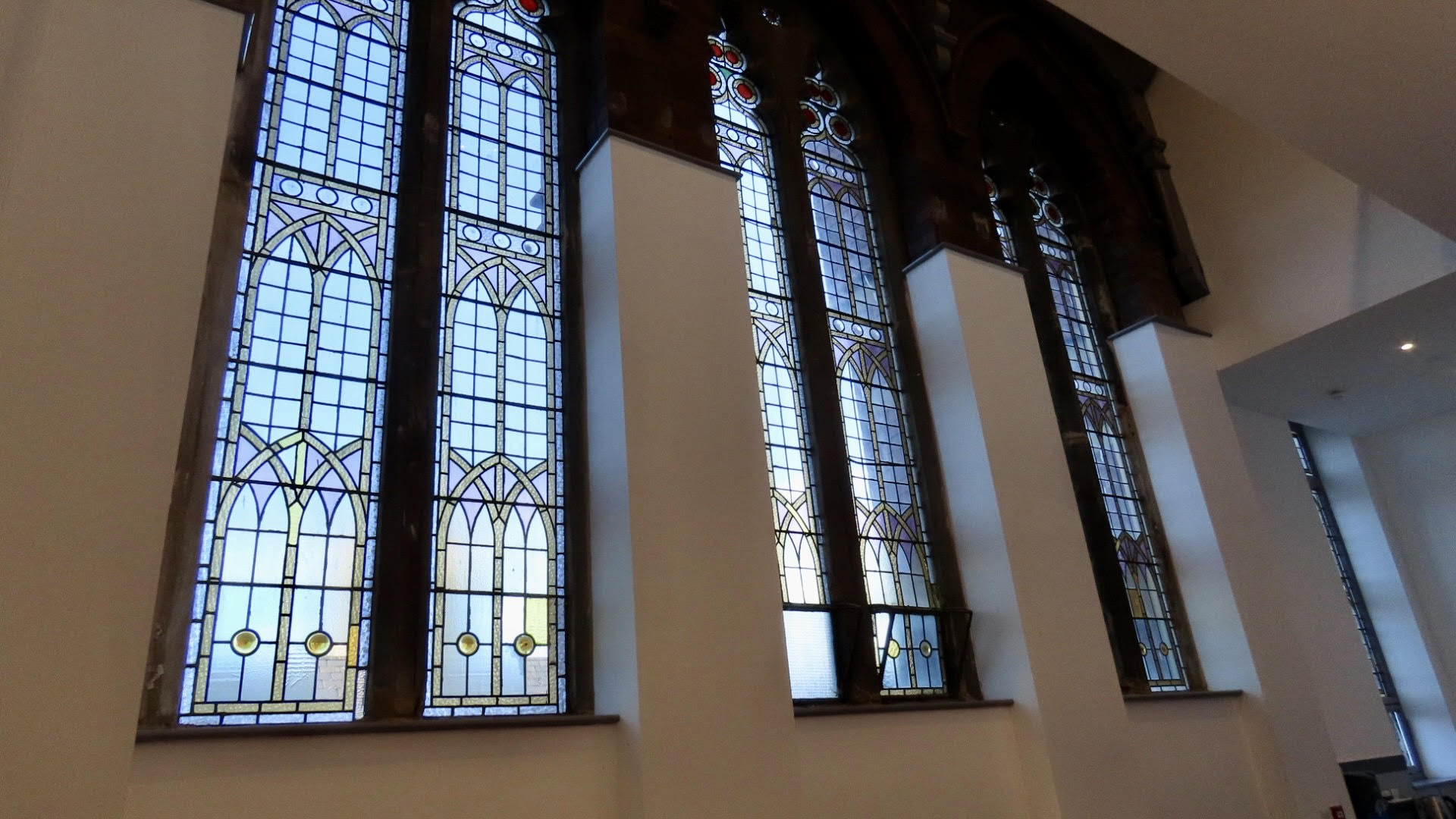 Inside the Techedia offices at the Cloisters Building on Corporation Street in Southport town centre. Photo by Andrew Brown Media

“It is so important to thank Sefton Council for their support over these past two years.

“We worked very closely together to get this done and we really appreciate everything they did to help us. They were really good to us. We wanted to cause the least disruption as we could while the work was taking place.

“The whole process became far easier than it could otherwise have been.

“Local businesses, and potential investors coming into Southport, should see that.

“We have more work to do over the next few months, including creating our new roof terrace, where the old school used to have its playground!

“It will be an amazing place to be in the summer, which we can use for office space – it’s a real sun trap.

“We will have WiFi available, we’ll install flagstones, we might have a darts board or a table football game.

“It will be great to have an outdoor space that can be utilised by staff members during the summer months.”

This year will also see work taking place to see the other half of the building occupied. 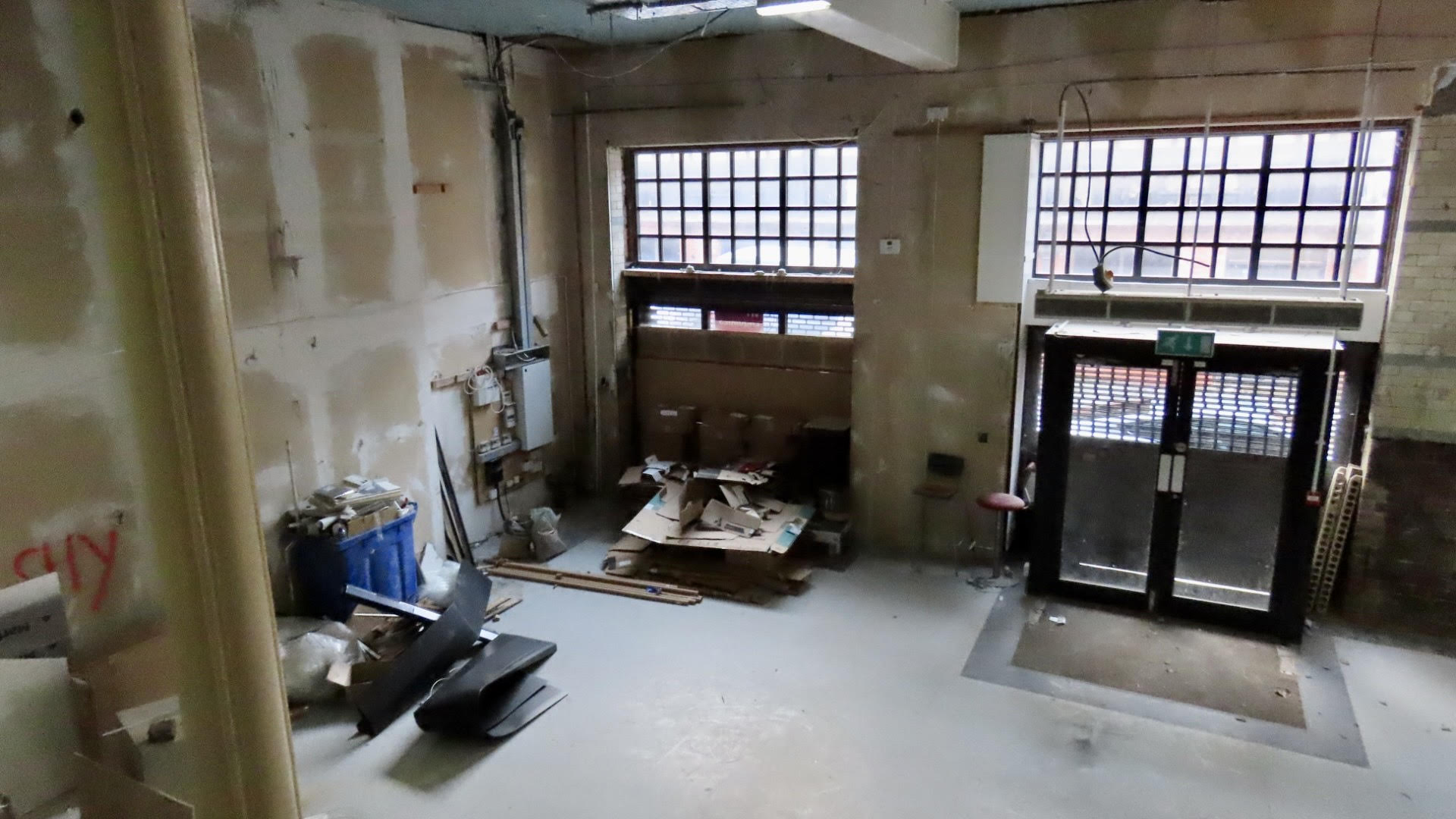 Inside the Cloisters Building on Corporation Street in Southport town centre. The space next door to the Techedia offices will be renovated and utilised by a professional services firm. Photo by Andrew Brown Media

Mr Townson said: “The old retail side of the Cloisters building, which was previously occupied by Tasker Sports, will be redeveloped over the next 12 months.

“I don’t want to see such an important Southport building become another Tesco or another Sainsbury’s.

“This is the central building for Southport town centre, it was due to become the town hall many years ago.

“I have been in discussions with law firms, accountants and architects about moving into the space here. There is lots of interest.

“Whoever moves in, we would provide the IT for them. 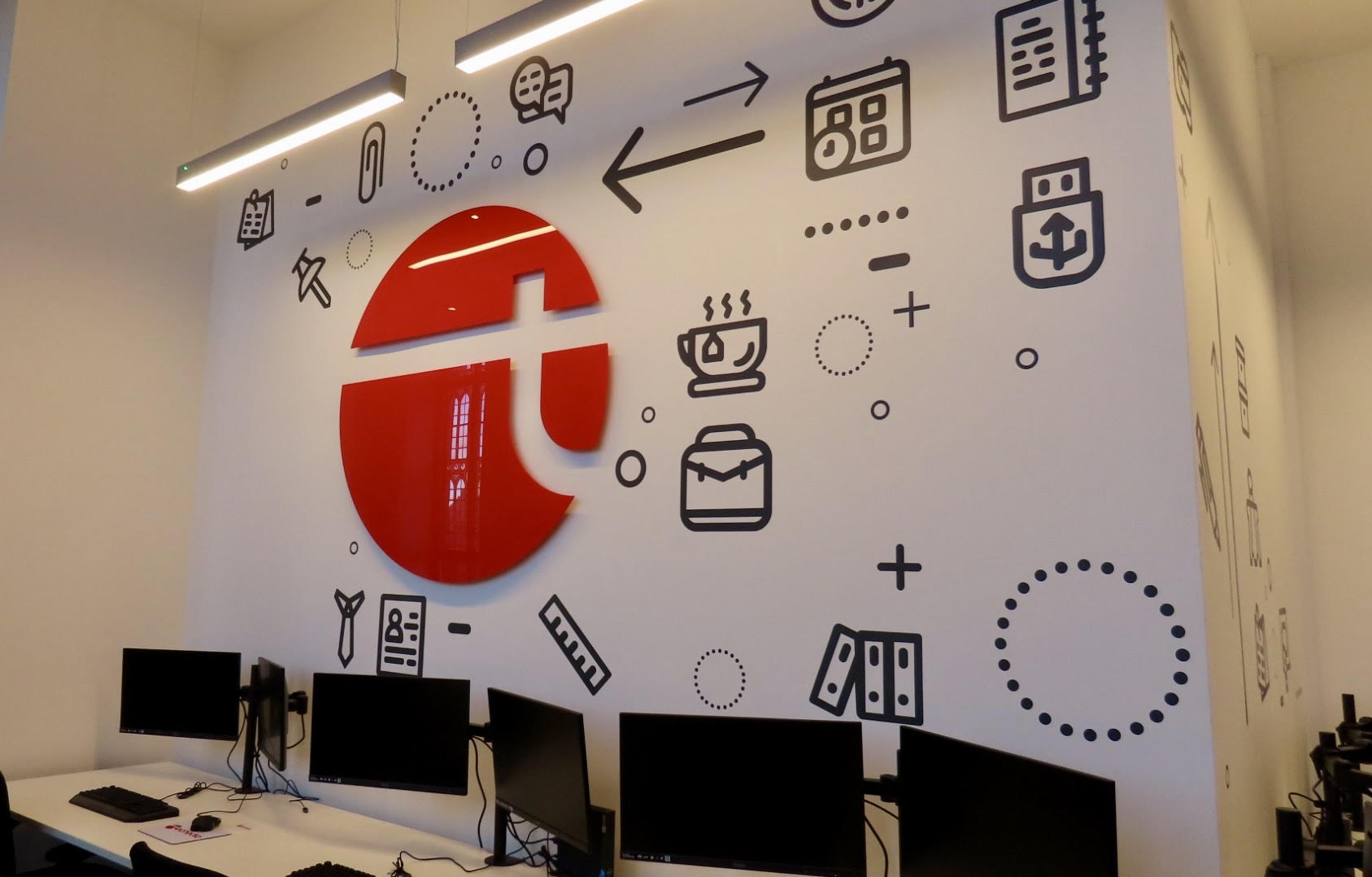 Inside the Techedia offices at the Cloisters Building on Corporation Street in Southport town centre. Photo by Andrew Brown Media

“That would be a huge boost for other local businesses in the town centre. That’s a lot of people going out for their lunch every day, or visiting local shops, or visiting the gym.

“For the past 20 years Southport has really struggled, with money going to places like Liverpool instead.

“Now is the time to really reap the benefits of Town Deal funding and other investment coming in.

“Southport town centre has been struggling but that can change. Retail has changed irrevocably.

“The future for Southport is going to be through creating good quality office environments, developing space for new tech businesses, and business start-ups.

“Since the start of the Covid pandemic more people have worked from home, but we need offices. We need environments where people can be trained on the job, learning from their colleagues.

“In future years Southport will be more about office space than being predominantly retail or hospitality based.” 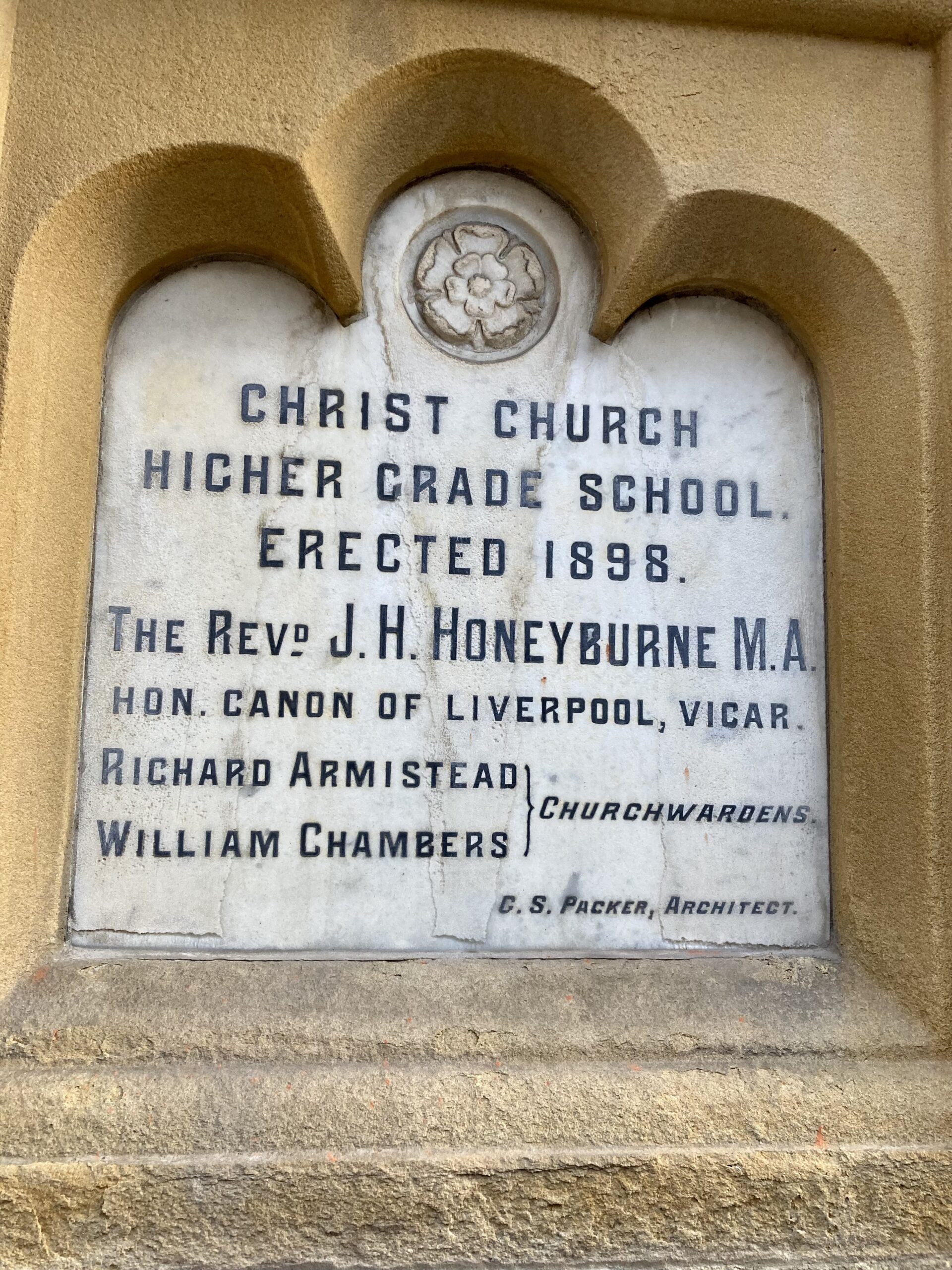 Techedia owner Matthew Townson added: “We are now  in our 10th year. I have gone from operating a small business with three or four people to one that now employs 40.

“I own a number of different businesses operating from this building, but the core business is Techedia, which specialises in IT in the professional services sector.

“We support businesses from across the world, as far away as Sydney in Australia.

“I don’t intend to stop here. I want to try and keep developing Southport.”