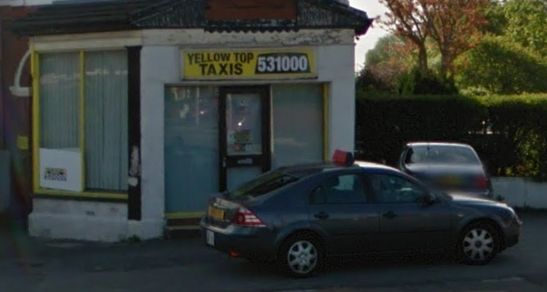 A Southport man has praised a taxi driver who took his injured wife to hospital after being told there was a three hour wait for an ambulance.

Former Mayor of Sefton chauffeur Fred McCann called an ambulance after his wife, Margaret, fell down the stairs and injured herself this morning.

But after he was told there would be a long wait for a paramedic, he dialled the number for Yellow Top Taxis in Southport instead. A driver, called Frank, quickly arrived.

Fred McCann said: “My wife had an accident this morning, she fell down the stairs.

“I dialled 999, and they decided that she needed A&E, and a follow up call from that department informed me that it would be at least three hours – which I could understand.

“But as I had managed to get her into a wheelchair, they could dispatch a wheelchair friendly taxi.

“I agreed, and that turned up in less than 20 minutes.

“Can I say, that taxi driver, Frank, was more than helpful, and went above and beyond.

“He insisted on taking charge of the wheelchair, and carefully managed to get it, and Margaret, over two steps, and then up the taxi ramp.

“Then, upon reaching A&E, Frank again took charge of the wheelchair and pushed her as far as he could before wishing her good luck, and was gone before we could thank him.

“We have never seen A&E so quiet, and the staff were caring. Sadly though, I was told I couldn’t stay, and I now await a phone call. Margaret though has broken a small bone in her foot.

“At the moment Margaret is waiting to be discharged. But the hospital has insisted on them sending her home via an ambulance so that the crew can lift her and her chair, over the two steps.

“So, once again, to the Southport taxi driver, thank you for the way you dealt with Margaret.”