Southport’s fêted connection to ‘the most beautiful avenue in the world’ could see it transformed into a staycation hotspot this summer.

The town’s ‘beguiling’ allure has been praised by the London Evening Standard in its list of recommended mini break hotspots for summer 2021.

The newspaper tells the tale of how a young Louis Napoléon Bonaparte was so inspired by Lord Street during his stay there that he later recreated a similar design in the Avenue des Champs-Elysées, asserting: ‘Incredibly, the Parisian-looking sweep of Lord Street in Southport was an inspiration for a young Louis-Napoléon Bonaparte. Staying here as a young man, the future Napoléon lll (nephew of the great man himself) based his designs for the boulevards of the French capital on this beguiling North-West seaside town.’

The London Evening Standard goes on to praise the spaciousness of Southport’s beach and the ‘beauty’ of its pier, which it dubs the second longest in the country after Southend. Also up for accolades are some of the Edwardian games in the pier’s retro amusement arcade and the sophistication of the Vincent Hotel and brasserie.

The London Evening Standard is not the only newspaper to have picked up on Southport’s fin-de-siècle charm. In an article published in August 2019, The West Australian’s travel section, states: ‘The story goes that, in 1838, with France still reeling from the aftershocks of the 1789 revolution and the tumultuous Napoléonic era, a young prince under political exile in England fancied a break on the seaside.

‘Charles-Louis Napoléon Bonaparte, nephew of the Napoleon, swapped London for Southport, then a genteel bathing resort on England’s north-west coast — “the Queen of the Lancashire Riviera” as they call it, tongue in cheek, in these parts… 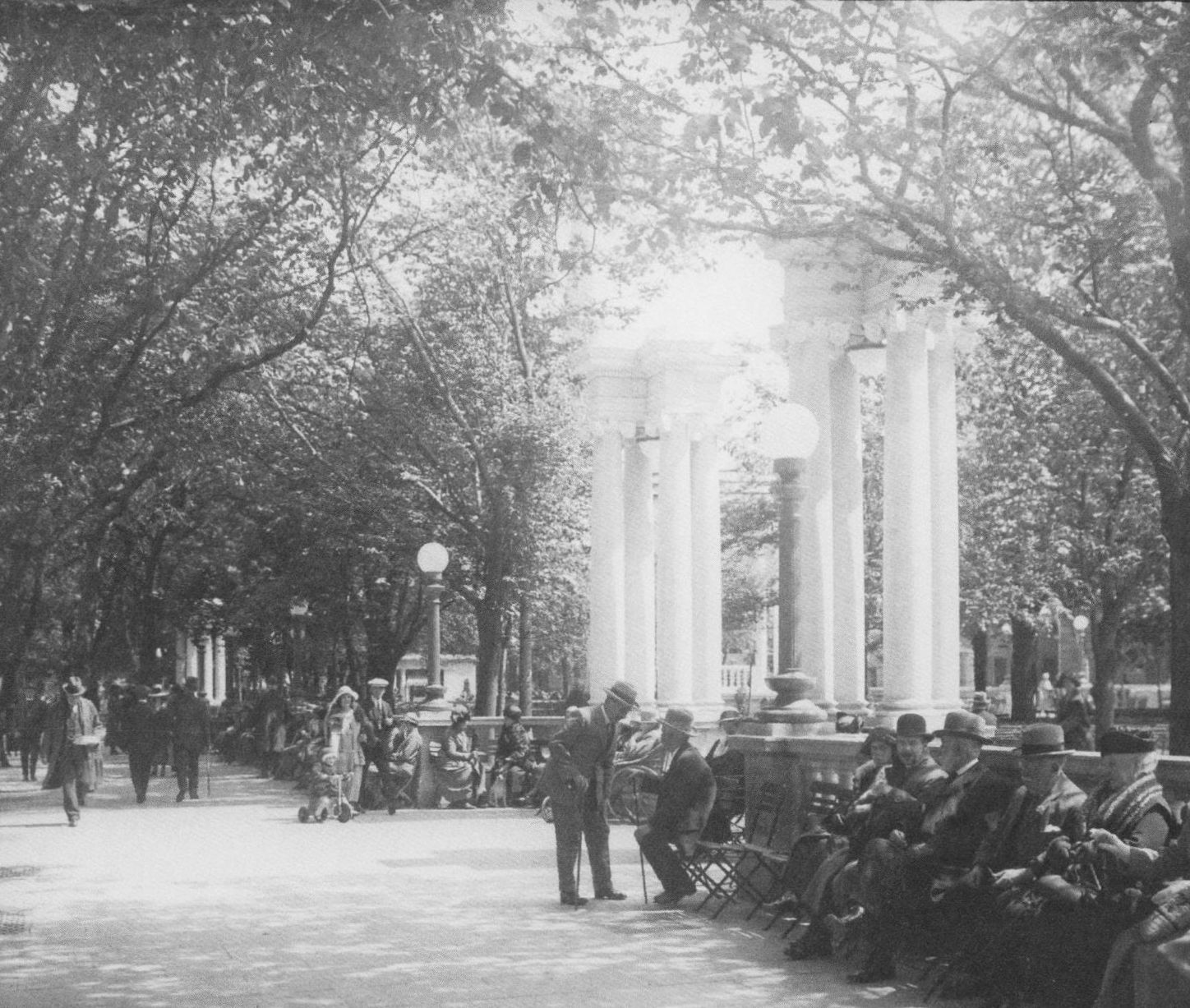 ‘So impressed apparently was the prince that a decade or so later, when he’d returned home to become French Emperor Napoléon III, he tasked the civil servant Baron Haussmann to transform Paris’ medieval cityscape into a modern metropolis graced with long, wide avenues like the Champs-Elysées.’

Lord Street has long been cited as the inspiration for the rebuilding of Paris and the Avenue des Champs-Elysées after the future French emperor’s stay in lodgings just off Lord Street in 1838. After returning to his native France, he employed the senior official, Baron Haussmann, to completely redesign the French capital between 1854 and 1870.

The Champs-Elysées, which in French means ‘Elysian fields’, was originally built on what had been a patch of marshland alongside a sewer. The unpopular area was utterly transformed into the elegant, tree-lined beauty known today as ‘the most beautiful avenue in the world’. But though Haussmann’s large-scale redesign improved the overcrowded, unhealthy conditions of the French capital, it was controversial in its day. Critics including writer Victor Hugo lamented the loss of Paris’s medieval ‘charm’, while others wondered if the wide avenues and boulevards were really aimed at preventing barricades from ever again being used to stage a revolution.

Southport’s hand in the history of Paris may have been somewhat obscured by the sands of time. But the town itself is clearly gathering praise across the globe in its own right, with acclaimed reviews from London to Australia and even Marseille, where an online newspaper has recently published a translated version of the London Evening Standard’s feature.

Military historian Charles Singleton, commissioning editor for Helion and Company, one of the world’s leading military publishers, said: ‘Growing up in central Lancashire, Southport always had and to be honest, still does have, an allure to me. It was the go-to seaside visit for the family. The wide sweep of Lord Street was matched by the greater vista of the southern aspect of Morecambe Bay as you walked along the front. And the fish and chips…. ooh.