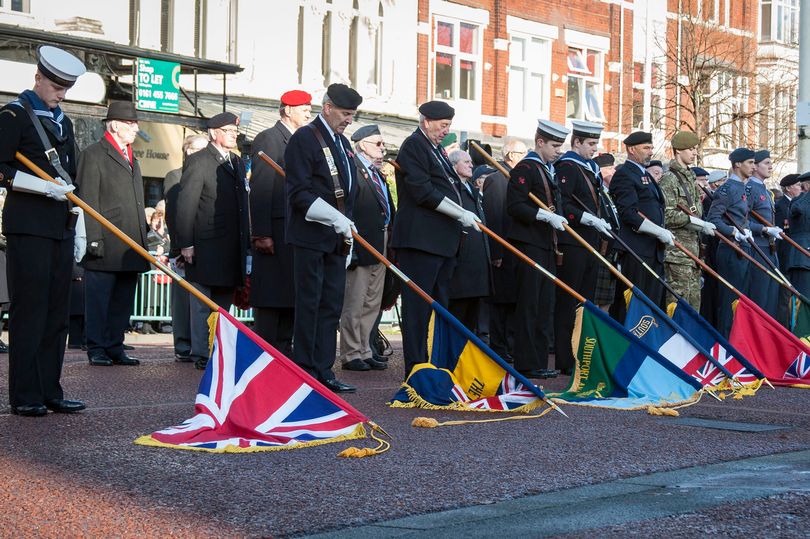 It will be followed by the Remembrance Day parade taking place this Sunday (13th November).

Both events are organised by Southport Royal British Legion, with some changes to the parade details for Sunday.

Organisers said that Remembrance Sunday is always “exceptionally well attended” and are encouraging people to arrive early to secure the space they want.

Southport Royal British Legion Major Nick McEntee said: “On Armistice Day this Friday, you are asked to gather at the War Memorial, on Lord Street in Southport from 10.30am.

“A brief service will be followed by a two-minute silence, at 11am.

Veterans are selling poppies from a stall at the Monument this week.

Poppies are also available from the Southport Veterans Hub on Wesley Street, and from local businesses around Southport.

Major Nick McEntee said: “On Remembrance Sunday, please note some key changes to the parade this year as follows: “From 9.30am all veterans and others are asked to meet at the Royal British Legion Armed Forces Community Hub, on Wesley Street, Southport town centre, where we will serve hot drinks.

“At 10.20am those marching will step off from The Hub, before marching along Tulketh Street, onto Chapel Street and onto London Street.

“At the junction between Chapel and London Street any less able Veterans will be able to join the parade when it pauses there.

“At 10.35am the complete parade will march off, with the Band of the Salvation Army into its usual position on Lord Street, ready for the service of Remembrance.

“Relevant road closures and barriers will be in place to facilitate this new format.

“We will have volunteers from the branch in place to guide people to the hub should they not be aware of the new format.

“Southport Remembrance Sunday is always exceptionally well attended, and we warmly welcome all members of the public to the service of remembrance. Please arrive early at the memorial on Lord Street to secure your space

“Please watch the Royal British Legion Southport page on Facebook for updates and for details of gatherings post the service.”