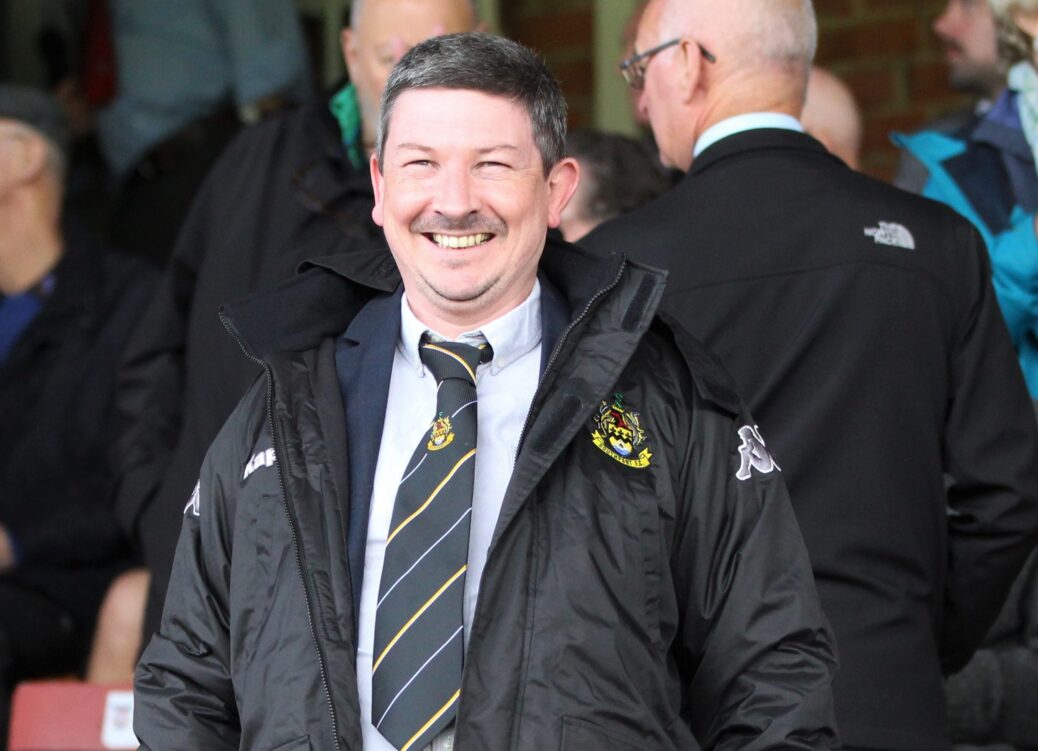 Southport FC Chairman Ian Kyle insisted that success for the club is “literally around the corner” after the club played their last home game of the season on Saturday with a 1-1 draw against AFC Telford.

The result left the Sandgrounders in 12th place, with 54 points from 41 games, and their hopes of promotion over after spending a number of months in the play-off places until their form faltered in the final few games.

Ian Kyle revealed that while Southport FC will “not be able to compete financially with the Yorks, Fyldes and Kidderminsters of the league all full time and with three or four times our budget”, they are building a young, hungry side which will only improve.

There is work to do in the summer, as Ian Kyle said: “Liam, Steve and I know there are more pieces to add to the jigsaw. We are already working on it.”

Speaking in his end of season programme notes, he said: “It has definitely been an interesting season, if somewhat more a season of highs and lows, rather than the consistency we had aimed for.

“At the start of the season, Liam Steve and I were confident that we were putting together a really promising squad of players albeit we knew they were relatively young. We knew we were not going to be able to compete financially with the Yorks, Fyldes and Kidderminsters of the league all full time and with three or four times our budget and to that extent we were not going to be able to ‘buy’ a place in the play-offs. To that end we knew we had to put together a squad of promising, hungry and talented players. Our aim was to get that right this season and get in the play offs.

“We have been in or around the play-offs for the last three or four months. Whether we end up in a play-off place or not, we know we are not far away from where we want to be.

“We have retained the services of the large majority of this squad for next season and that was really important as we build not only the squad for years to come but rebuild the identity of the club as a whole.

“The relationship between players and staff, and fans, is vital to this. When I first joined from memory, we had two players signed for the fast approaching season, two managers and struggled to put out a team for a friendly against Bootle. We are now in a very different place. I would like to think there is a strong bond between players and fans and a mutual appreciation.

“Players who leave the club do so only to move up the pyramid, with our blessing. It is indicative of their bond with the club that they return to support whenever they have the opportunity to do so. Liam, Steve and I know there are more pieces to add to the jigsaw. We are already working on it.

“I would like to thank every single player who has contributed this season. One thing that they cannot be faulted for as a man, is playing every game with 100% commitment for the club.

“It sounds obvious, but it makes a massive difference to have 18 / 19 players here who actually want to be here playing and winning for this club rather than simply picking up a wage. Similarly Liam and all his management team of Terry and Danny.

“Nobody doubts or can doubt Liam’s commitment to the club. He is Mr Southport. I have no doubt that as a management team success is literally around the corner.

“Off the field, we have a similarly strong team building up steam with Steve, Mark, Claire and Maz along with all the staff who are working their socks off to ensure that we are continually striving to provide as good a matchday experience as we can get, aided of course by The Corridor providing the indoor catering and the now famous pen-friends of the Piers Morgan family, Lourdes providing the outdoor catering.

“It would be remiss of me not to thank all of the volunteers who make Southport FC possible. From Hamish and Christine, through Rob and Julia and  the rest of the media team to everyone who gives up their time through the week to clean and carry out running repairs, the matchday volunteers who man the turnstiles and ensure the day goes smoothly, Anthony who has saved us a fortune on lost balls amongst his many jobs and Dave Barnes who I am sure actually lives in a secret apartment at Haig Avenue drawing up “to do lists” for everyone to keep the Club going whilst living on McDonald’s burgers and counting his steps for the day.

“My last big thank you goes to you, the fans who have supported us so well this season. It hasn’t always been easy, I appreciate it. We have suffered through injuries, bad luck and poor refereeing decisions (such as the third goal against Alfreton), and the odd “blip” such as the Chester and Kidderminster games. At the time of writing this however we have lost only two games at home all season. That speaks volumes.

“We have been complimented everywhere we have gone for the levels and volumes of support that have followed us. Long may that continue!”