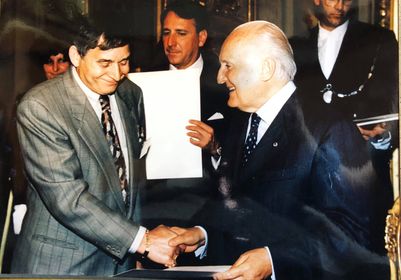 A much-loved Southport restaurateur who was awarded the Italian equivalent of a knighthood for his services to food has celebrated his 80th birthday.

Erasmo Grossi and his family ran the thriving Casa Italia restaurant on Lord Street for many years.

At the time, Italian food was something of a novelty both in the town and across the UK.

But Mr Grossi’s huge enthusiasm for his restaurant and his country’s cuisine saw him become a trailblazer for many other restaurant owners to follow.

Today Southport boasts a thriving restaurant scene serving food from all around the world. 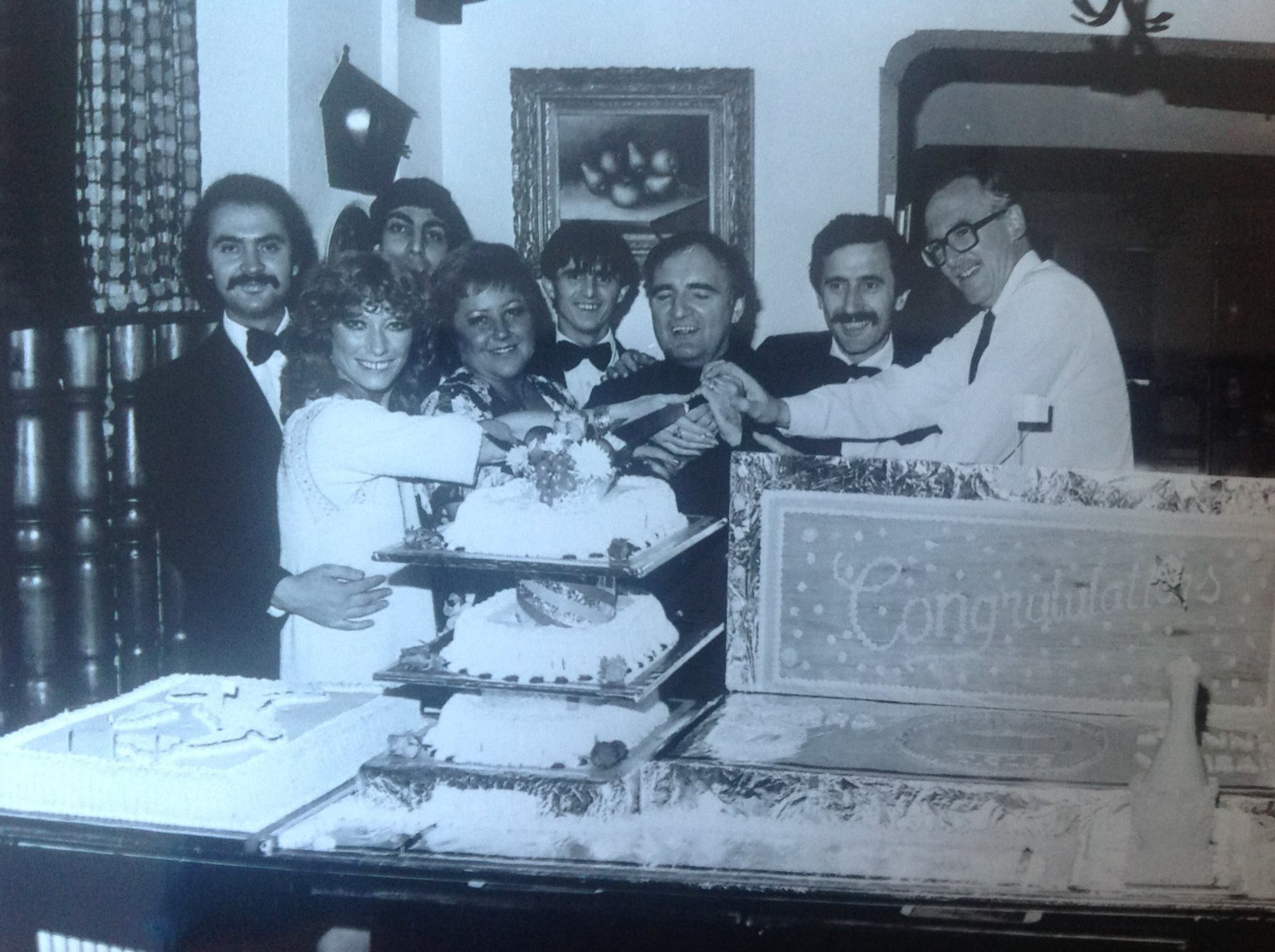 Staff at Casa Italia restaurant on Lord Street in Southport celebrate the venue’s third birthday party in September, 1981. The Grossi family, which owned the restaurant for many years, were joined by cartoonist Bill Tidy (right) to cut the cake.

In 1997, he was awarded the prestigious Cavalieri della Republic at The Quirinale Palace in Rome by President Scalfaro.

That wasn’t his only claim to fame – in his younger days he appeared as an extra in the Ben Hur and Cleopatra movies!

His son, Nick Grossi, said: “Dad was born in Monticelli, a small village in Lazio in Italy on 8 October 1940.

“He was the third of four children to my grandparents Giovanni and Annunziata and their first son. 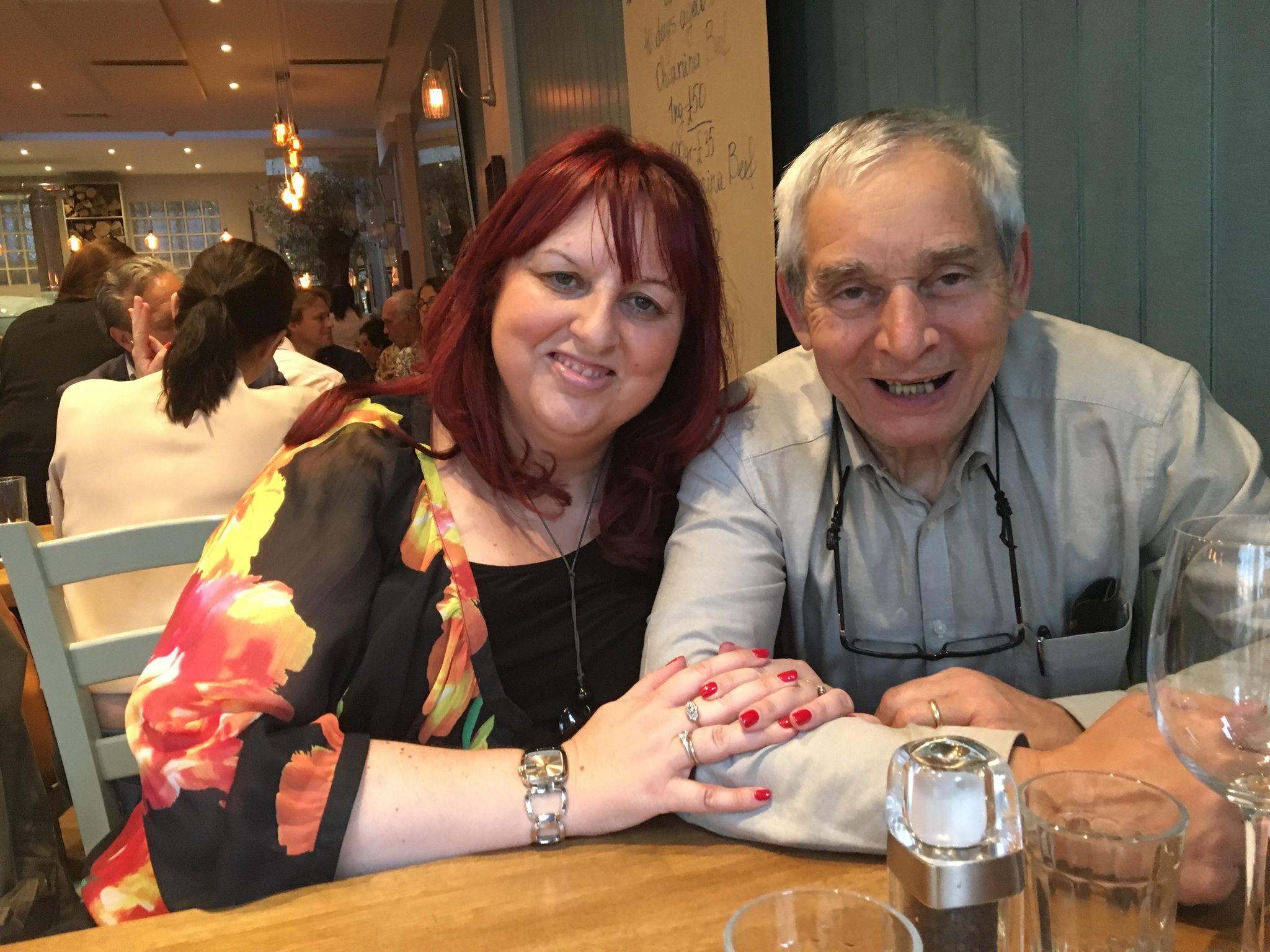 “When he was 19 he went to Rome and started working in an hotel in the Parioli district, a chic area of the city.

“At the time they were filming Ben Hur and later Cleopatra at Cinecittà and to earn some extra money to fund a trip to England, Dad applied to be an extra in both and was successful.

“By 1962 he had successfully saved the money to come to England and his first stop was Southport.” 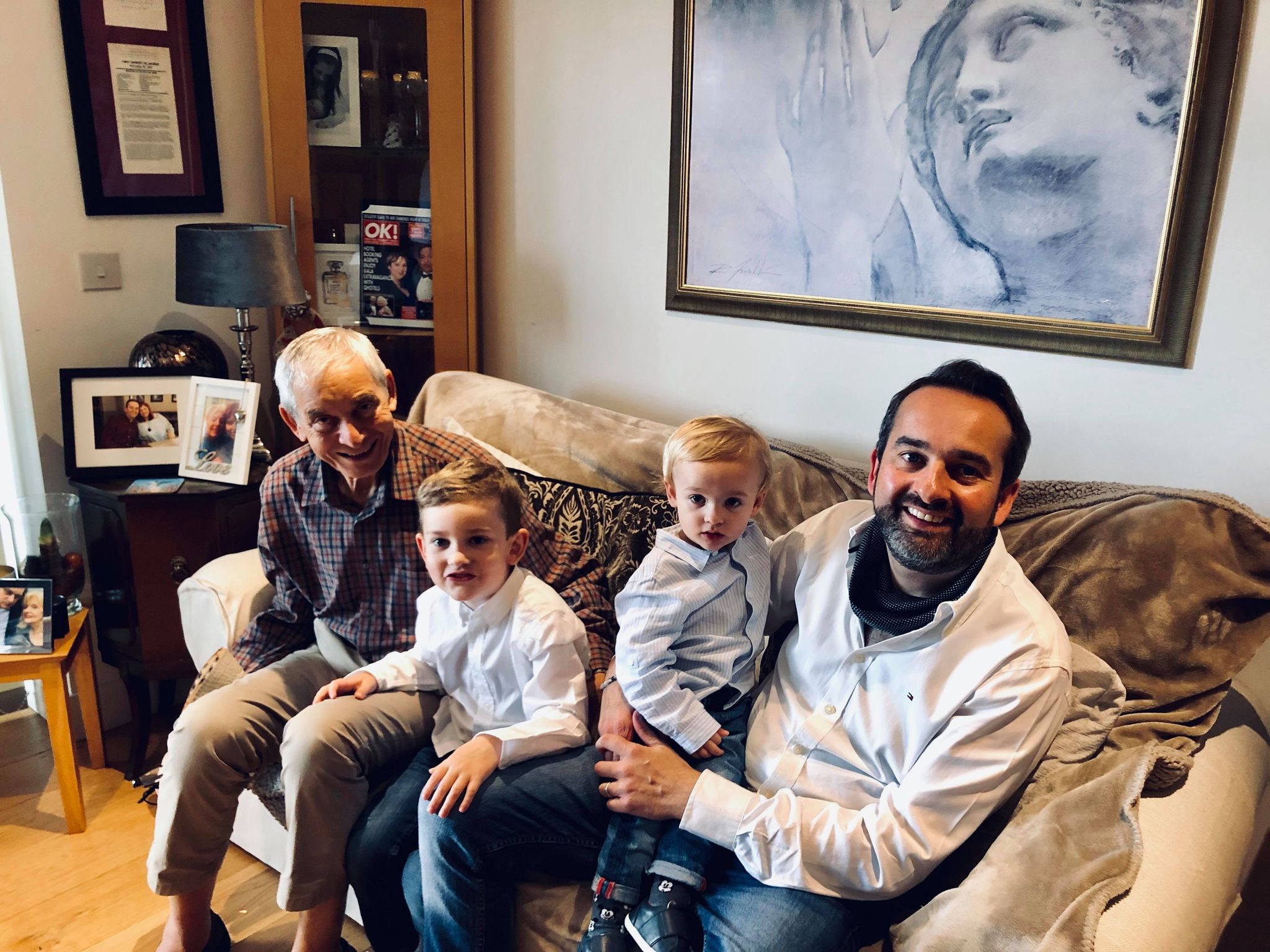 Erasmo Grossi with son Simon and his grandchildren

Giovanna Grossi said: “Dad fell in love with the town, working at The Prince of Wales, which was considered one of the top hotels in the north of England in those days and at The Carlton Hotel for Frank and Blanche Neame.

“He met my mum Eileen in 1964 and they later married and moved to Heaton Moor, where he opened a restaurant with a friend.

“He later moved to Cheshire to manage a restaurant which became a really huge success, so much so that I still see references to how loved it was in Dad’s era on the town’s local Facebook Page all these years on.

“In 1972 Frank Neame, who by then owned The Curzon Grill on Lord Street in Southport, called him and said ‘We would like to retire and we want to sell the restaurant to you’. 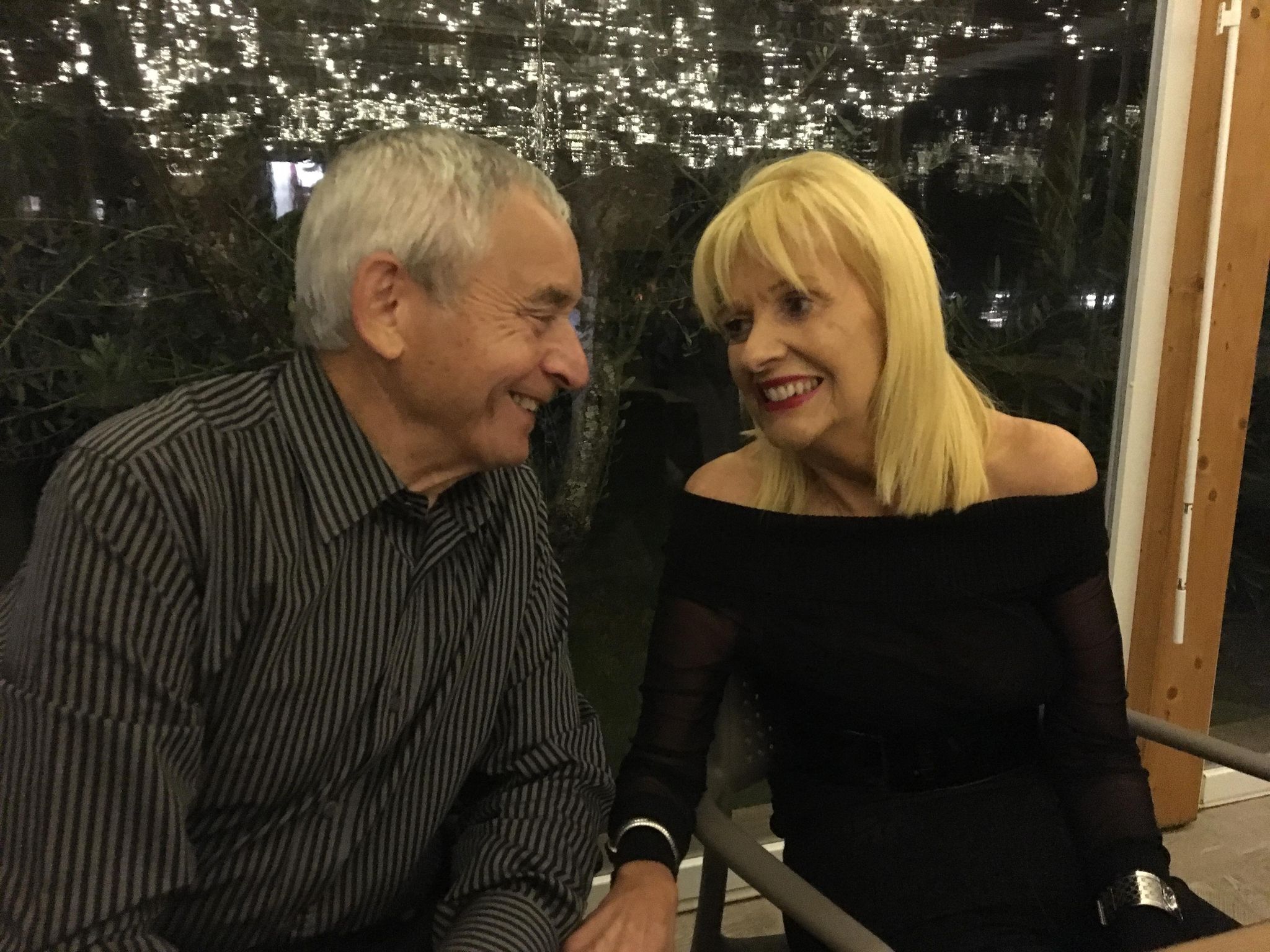 “So later that year Dad moved Mum, my brother Nick, and I to Southport, delighted to return to the town he loved so much. In 1976 our brother Simon came along and made our family complete.

“In 1978 Dad realised another dream of owning an Italian restaurant and opened Casa Italia on Lord Street in Southport.

“In 1997, Dad was honoured when he was awarded Cavalieri della Republic at The Quirinale Palace in Rome by President Scalfaro. It’s the equivalent of a knighthood in this country and it was in recognition of all his efforts in promoting Italian cuisine and culture overseas. 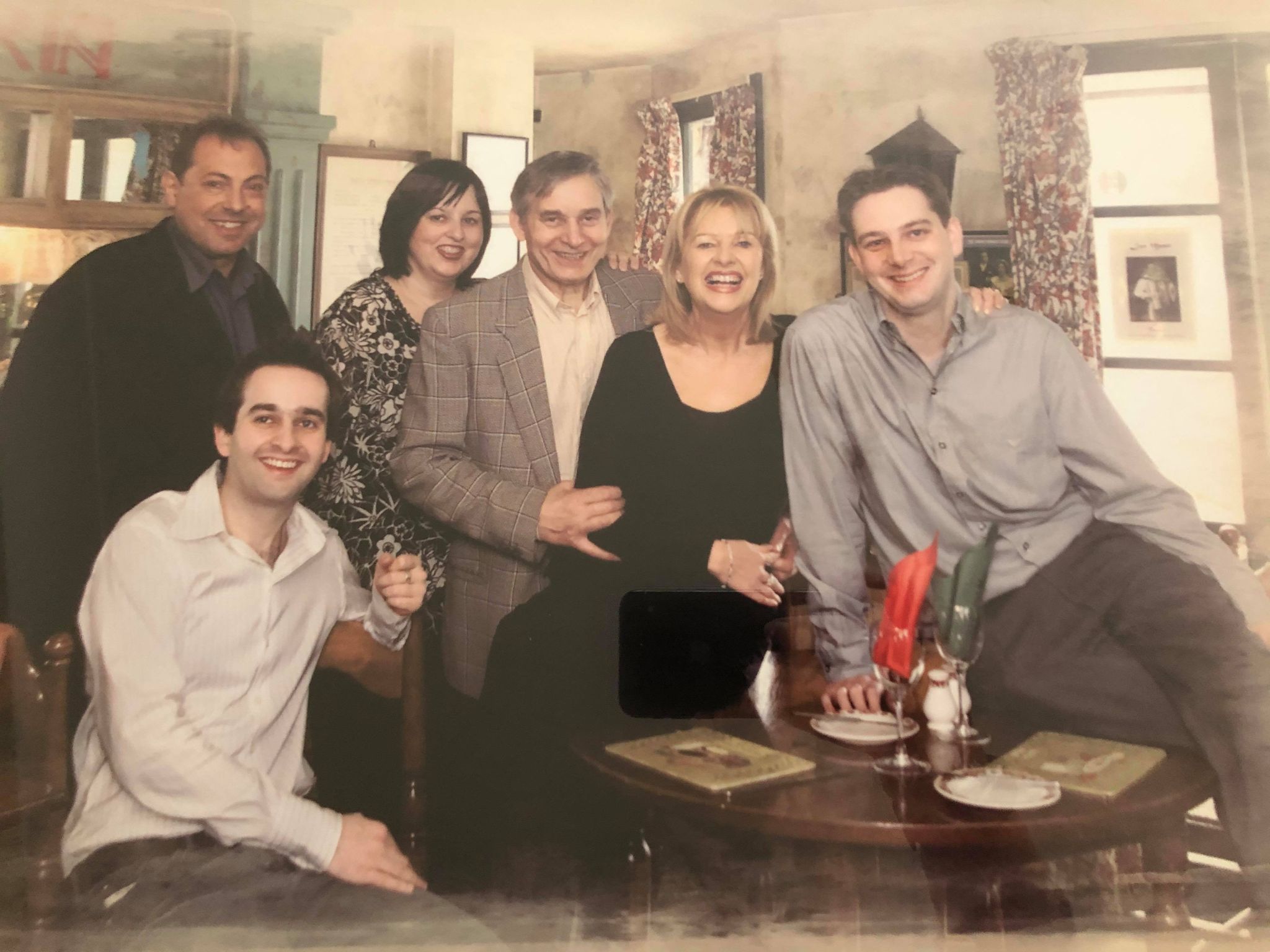 “In 2003 after a happy successful career in hospitality, spanning over 40 years, Dad finally decided to retire.

“Despite my brothers opening their own restaurant in London and me setting up my own hospitality consultancy business in the South East, Dad chose to continue living in Southport as he loved the town so much.

“He still loves to cook and to grow his own produce in the garden; a passion he has transferred to his two grandsons Luca, aged 5, and Matteo, aged 2.” 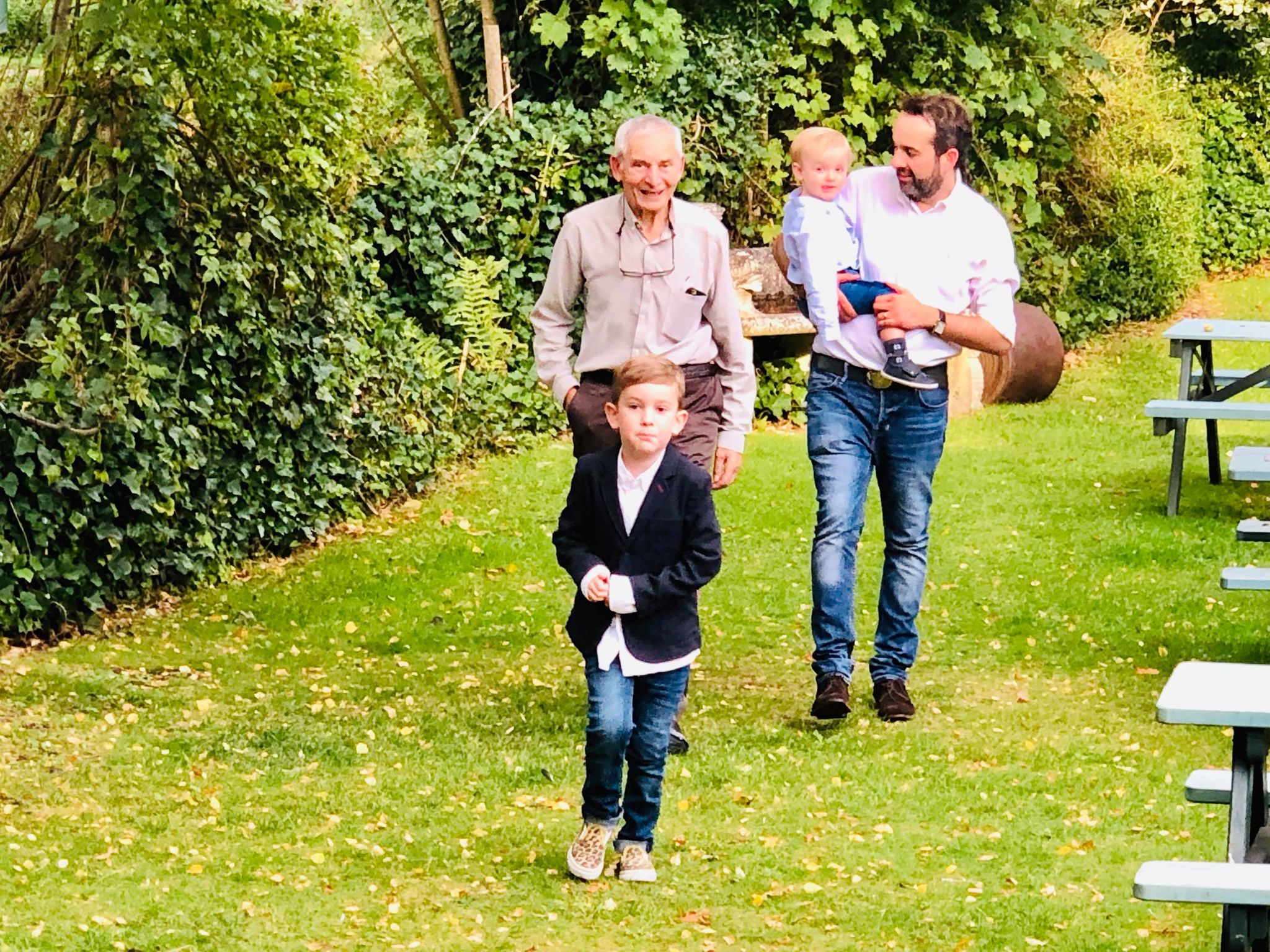 Erasmo Grossi with son Simon and his grandchildren

Simon Grossi said: “They love nothing more than helping Nonno in the garden, watering the tomato plants and arranging flowers with him.

“On his birthday, due to lockdown restrictions, we had a Zoom breakfast call with all three of us, my sister-in-law and our nephews so they could watch Dad open his presents.”