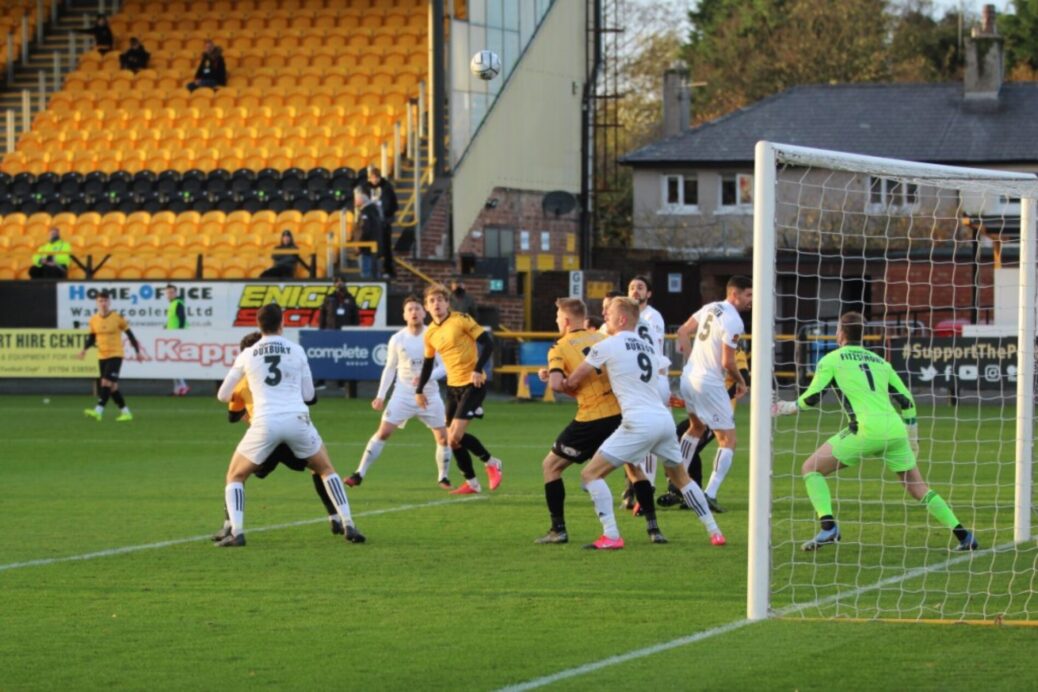 Southport FC  narrowly lost their first Vanarama National League North game of the season with a 0-1 defeat to Boston United at the Pure Stadium.

A first half Jordan Thewlis goal proved to be the difference between the two sides, as The Pilgrims kept their unbeaten league record intact.

Despite having a few half chances, The Port attack never troubled Boston’s keeper, with clear very few clear openings.

The first clear opportunity of the game came after nine minutes, as Marcus Carver held off pressure in the box and smashed a shot against the top of the cross bar.

Down the other end, the visitors were having chances of their own and took the lead after 13 minutes.

A tame effort from Jordan Thewlis on the edge of the box somehow crept under Dan Hanford’s hands at the front post as the attacker claimed his third league goal of the campaign.

The Pilgrims nearly bagged a second in similar fashion, but Andi Thanoj could not find the target.

As Southport looked for an equaliser, Niall Watson tried his luck from distance, shooting straight into the hands of Ross Fitzsimons in the Boston goal.

The striker, who came in as a late replacement for George Newell, had a chance again on the half hour mark, but glanced a header at the back post wide of the target.

Just before the break, Boston looked to double their lead, as Scott Duxbury made a meddling run through the defence, with the ball eventually coming to Paul Green, who couldn’t find a goal with a volley in the area.

At the start of the second half, Southport the came out the dressing room looking strong.

Carver came close to getting on the end of a strong Matthew Challoner cross but for the Pilgrims’ defence, whilst Jack Bainbridge was just unable to head home a corner at the back up.

A free kick from Jack Doyle wasn’t far off the mark either, as it headed just past the right post.

Down the other end, Boston were also looking to double their lead, and weren’t far off doing so through Andi Thanoj, as the midfielders curling effort edged wide.

Hanford was also called upon to make an excellent save, showing quick reactions to stop a powerful volley from Jordan Burrow.

The former York striker, who scored twice against the Port last season, was stopped again the keeper a few moments later, as a powerful header was easily collected.

Southport’s last opportunity to score an equaliser came in the 86th minute, as Carver’s shot on the turn trickled wide with Boston remaining firm.

The Pilgrims’ return to Lincolnshire with their fourth win in a row over Liam Watson’s side, who will aim to recover with a midweek trip to Kettering.