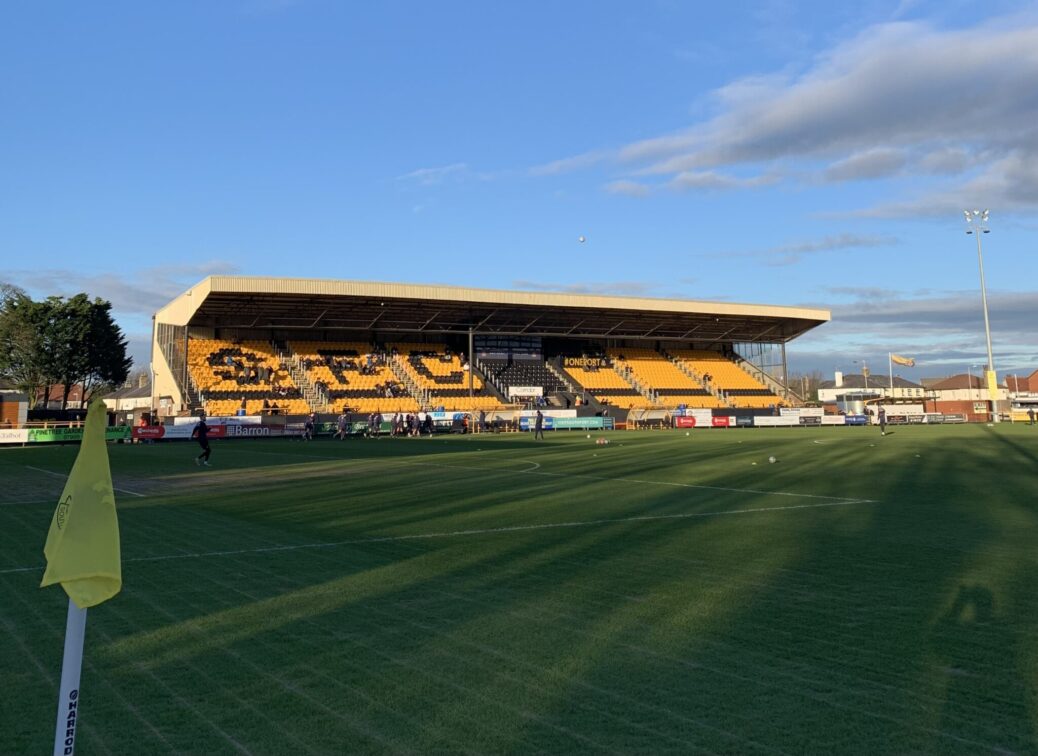 Southport FC scored four first half goals against Farsley Celtic as they rounded off 2021 with a 4-0 victory.

Jack Bainbridge and Jordan Archer scored a brace each during a dominant display at Haig Avenue.

The result extends The Port’s unbeaten run to 14 games in all competitions.

The first big chance of the game came to Niall Watson, who after knocking the ball over the keeper, could only find the side netting with his final touch.

Moments after, a great opportunity also fell to Jordan Archer, with the striker was unable to control his shot under pressure.

Down the other end, a long-ranged effort from Lewis Tuner had Cameron Mason concerned for a moment, as the ball sailing just over the bar.

In the Farsley goal, Kyle Trenerry was called into action for the first time to deny Isaac Buckley-Ricketts from a tight angle.

The deadlock was broken in the 16th minute, as Jack Bainbridge headed home from a corner, glancing the ball into the bottom right corner.

This time it was Jordan Archer who converted, nodding past Trenerry at the front post.

Before the break, Southport added their third of the afternoon, as Bainbridge tapped home his second.

Niall Watson quickly broke down the left side, with players lining up to get on the end of the cross.

The ball was just too fast for Archer to poke home, but Bainbridge was waiting just behind to finish off the move.

Archer didn’t have to wait too long for his second, as moments after he made it 4-0.

Buckley-Ricketts was knocked down as he charged into the box with a great run, but Southport’s number nine was there to take the ball and fire it into the goal, with the referee playing advantage.

The start of the second half was much quieter, with neither goalkeeper truly tested early on.

Trenerry was called back into action just before the hour mark, as he made a brave stop to deny Bainbridge a hat-trick.

Meanwhile, Farsley should’ve pulled one back, but Adam Clayton fired well over the target at close range.

Apart from punching away a late in-swinging corner, Mason had very little to do throughout the afternoon, as Southport’s 4-0 win was never troubled.

The result continues a great run for Liam Watson’s side, as they head towards 2022 looking upwards.