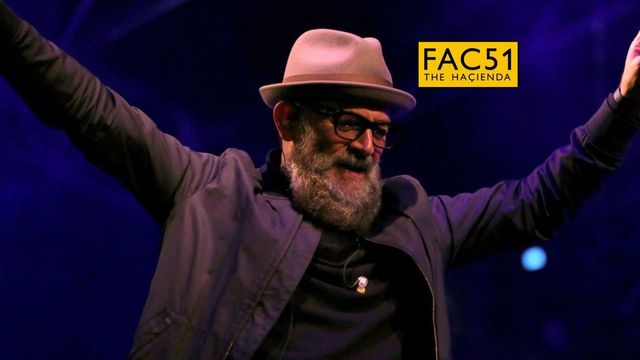 Southport Disco Festival is back in Victoria Park in Southport on Saturday 3rd September 2022 with its 4th edition.

This time the event will have a full-on circus theme in a big top marquee and with its biggest line-up to date.

Graeme Park has been a major part of the critically acclaimed Haçienda Classical shows recently, bringing the iconic venue back to life in a classical format. They have performed around the UK since 2016 to rapturous response where he performs live alongside the Manchester Camerata Orchestra, Peter Hook and special guest vocalists to a set of classic and contemporary club tunes. Alongside GRAEME PARK will be LISA MILLETT who sung some ofthe most classic Defected Records house tracks of the noughties including ‘Bad Habit’, ‘Sleep Talk’, ‘Ill Be Good’, ‘Soul Heaven’ to name a very small few.

The festival will be the final outdoor music event in Victoria Park of this summer season and what a line up to be going out with. Joining Graeme and Lisa are the kings of disco edits and 2 DJs who have been ripping up the festival scene this summer YAM WHO & JAGEROSSA from MIDNIGHT RIOT RECORDS as well as CONAN THE SELECTOR & ANDY BUCHAN from HOT GORILLA RECORDS. No stranger to the festival scene, these 2 DJs have also been busy this festival season playing up and down the UK and recently went on tour with The Brand New Heavies as their official support act. CONAN THE SELECTOR is the alias of local DJ & musician Mark Pickup who several decades ago was resident at such Southport venues as Club Code, Bar Non, Zebra Square to name a small few.

Since then and under several alias’s Mark has gone on to perform all over the world and played alongside some of the biggest names in the business including Nile Rogers & Chic, Jamiroquai, The Gorillaz, Faithless, The Prodigy, Disclosure as well as released tracks on such labels as Toolroom, D-Vine, Sony Music ME, King Street Sounds, Trax Records and is also the organiser of The Southport Disco Festival.

Bringing some house vibes to the event will be CAMILLE CEE as well as Southport DJ legend LEE GROVES who used to be resident at The Glasshouse & Manhattans in Southport has played the Southport Disco Festivals last two events, support also comes from PAUL HOLLINSHEAD and House Of Ivy co-owner and resident CHANNE.

Bringing some live percussion to the event will be ALI CUNNINGHAM, a regular performer at the event having played with K-Klass and Alison Limerick at the last 2 Southport Disco Festivals.

For more info or to book a VIP table package email editor@whatsonsouthport.com or WhatsApp 07484739175, to book tickets head to Skiddle via this link: