The bravery of the Polish airmen who served at RAF Woodvale during World War Two will be celebrated with a special exhibition at The Atkinson in Southport.

It will include a spectacular reconstruction of a historically accurate Spitfire as flown by 308 Krakowski Squadron at the airbase, near Southport.

This exhibition, called ‘Courage and Devotion, will look at the lives of the Polish airmen based at RAF Woodvale, and the surrounding area, during the Second World War.

The Atkinson curator, Jo Chamberlain Joanne.Chamberlain@sefton.gov.uk is looking for stories, memories, objects and ephemera that relate to both the Polish Airmen based at RAF Woodvale and the surrounding area.

She said: “I have found some brilliant things in our collection that show how The Atkinson was supporting the Polish war effort during World War Two.

“We have a painting in our collection that I will be putting into the show by one of the artists, Stanislaw Mikula. We also staged concerts and other events which we have programmes for, so we are hoping to recreate one of those.

“The thing that I am most excited about is a sculpture that we are getting made of a Spitfire. You can see the artist making something similar to ours on YouTube here:

“RAF Woodvale was originally conceived as a fighter base for the protection of the Liverpool region.

“It opened in 1941 with 308 Krakowski Squadron. Conditions were harsh in the early days even for battle-hardened airmen, some of whom described facilities as being ‘worse than Tobruk’.

“A total of 145 Polish fighter pilots served in the RAF during the Battle of Britain, making up the largest non-British contribution. By the end of the war, around 19,400 Poles were serving in the Polish Air Force in Great Britain and in the RAF.

“During World War Two The Atkinson in Southport held numerous events such as concerts and an exhibition of work by Polish artists to help fund the Polish servicemen. 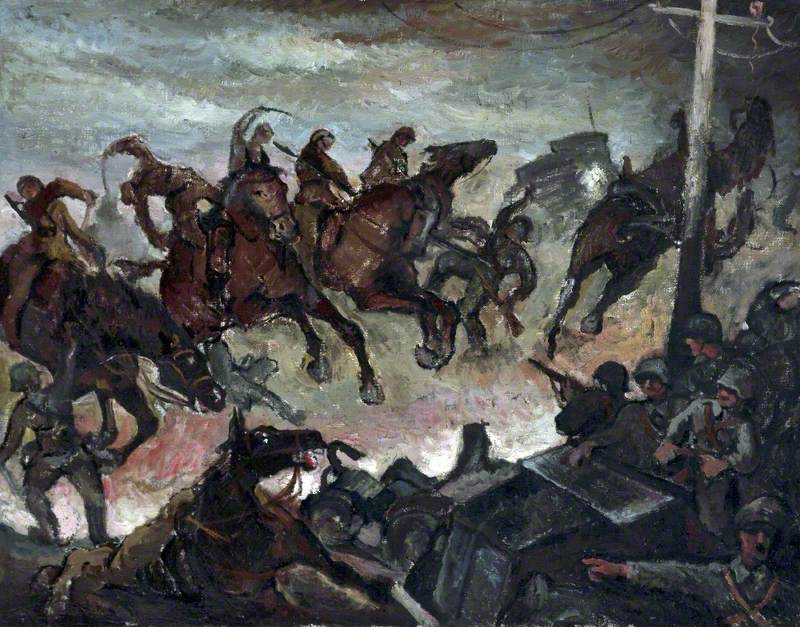 “Today Sefton is still the home to many people of Polish descent. This exhibition will give a voice to a community that has previously been largely unheard.

“This will be a wonderful opportunity to tell a very important story that we have not told before.

“The exhibition will highlight the sacrifices that were made during the war that should be much more widely acknowledged.”

The curator, Jo Chamberlain Joanne.Chamberlain@sefton.gov.uk is looking for stories, memories, objects and ephemera that relate to both the Polish Airmen based at RAF Woodvale and the surrounding area. Please do get in touch if you would like to contribute to the exhibition. 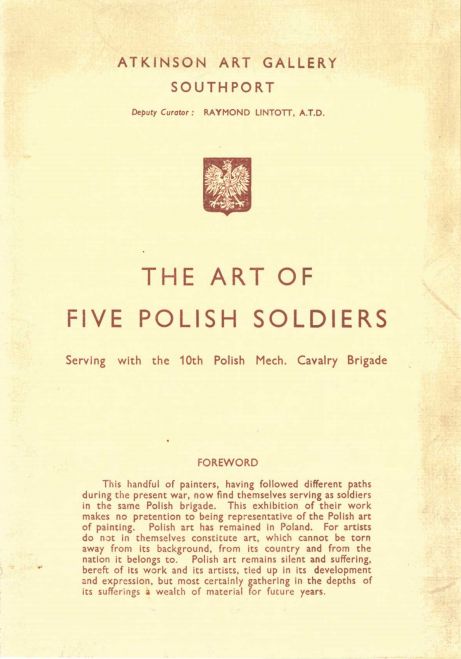 The Art of Five Polish Soldiers, staged at The Atkinson Art Gallery in Southport during World War Two

Locally, we have much to thank our Polish brothers-in-arms for too with a number of Polish squadrons based here at RAF Woodvale during the war.

Nine of the pilots lost their lives while on duty.

Polish pilots and other air crew were a familiar sight in Southport and Formby during the conflict.

According to Sefton Libraries, RAF Woodvale opened on 25th October 1941, with the initial aim of defending Liverpool and its docks. It followed  the devastating German bombing during the 1941 May Blitz which saw thousands of bombs dropped on Liverpool and Bootle, while Southport also suffered bombing casualties.

But with air raids on Liverpool declining the main purpose of the airfield changed. Squadrons were brought up from RAF Northolt in the south of England for short rest and recuperation periods.

Squadron No 308 (Krakowski) was the first to arrive, followed by several other Polish squadrons, including 315 (Deblinski) Sqn and 317 (Wilenski) Sqn.

A total of 22 pilots lost their lives at RAF Woodvale, including nine pilots from Polish squadrons.

Six of the Polish airmen, aged between just 22 and 28 years old, are buried in war graves at Our Lady of Compassion Church in Formby.

A well-tended war memorial in memory of members of the Polish Armed Forces who fought in the Second World War between 1939 and 1945 is situated in the War Memorial gardens on Lord Street in Southport. 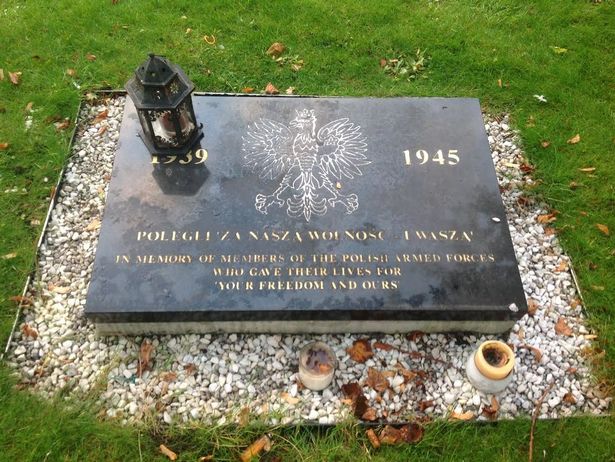 The memorial to members of the Polish armed forces who fought during Wirld War II. It is situated near the Monument on Lord Street in Southport. Photo by Andrew Brown Media

Britain faced a grim struggle for survival during World War II, most notably during The Battle Of Britain, when the Luftwaffe laid siege in overwhelming numbers.

Britain survived by the skin of its teeth – in no small part thanks to the Polish fighter pilots who swelled the RAF’s numbers at such a critical time.

Commander-in-Chief of Fighter Command, Air Chief Marshal Sir Hugh Dowding, who was initially reluctant to allow Polish pilots into battle, said: “Had it not been for the magnificent work of the Polish squadrons and their unsurpassed gallantry, I hesitate to say that the outcome of battle would have been the same.”

Polish airmen downed a remarkable 203 German aircraft in The Battle of Britain alone, with 35 probables and 36 damaged.

Such a feat could not be achieved without a price. Twenty nine Polish pilots lost their lives in combat during those grim days in 1940.

Poland had been invaded by the Nazis on September 1, 1939, which prompted the outbreak of World War II – a conflict that raged over six years.

Polish defences, already strained under a powerful German assault, collapsed shortly after the Russians launched their own invasion from the east on September 17. The Nazis and the Russians were, at the time, on the same side, after the signing of the controversial Molotov-Ribbentrop pact.

Polish forces fought with distinction, but the country was crushed by the two invaders in five weeks.

After their defeat, tens of thousands of Polish servicemen made their way to France to continue the struggle against a common enemy, shooting down 52 aircraft before France fell on June 25, 1940. 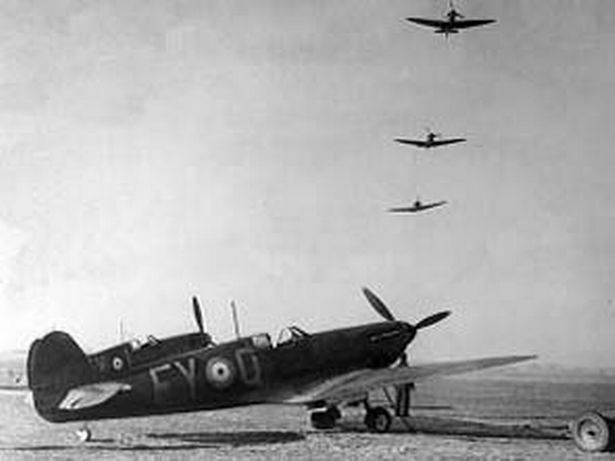 Polish fighter pilots became instant celebrities with all classes of British society. International journalists flocked to airfields to write about their exploits, waiters refused to take payments for their meals in restaurants, bar owners paid for their drinks and bus conductors allowed them free journeys.

After the Battle of Britain the Polish Air Force continued to serve alongside the RAF until the last day of the war. By early 1941 the PAF listed 13 units – eight fighters, four bombers and one reconnaissance squadron. Polish airmen in these squadrons participated in practically all RAF operations in the European theatre of the war.

Their contribution to the war against Nazi Germany was significant, although achieved at a very heavy price.

The 1,903 personnel killed are today commemorated on the Polish War Memorial at RAF Northolt. Many of these pilots served at RAF Woodvale.

Speaking to the Visiter 10 years ago, the then Squadron leader at RAF Woodvale Gary Norman said: “Conditions at RAF Woodvale were harsh in the early days, even for battle-hardened airmen, some of whom described facilities as being worse than Tobruk.

“Several accidents marred their stay and six of the Polish airmen are, to this day, buried in war graves at Our Lady of Compassion Church in Formby.”

Officers serving at RAF Woodvale were offered the use of Southport and Ainsdale Golf Club, thanks to an agreement that saw golf club lawnmowers filled with RAF procured petrol.

Squadron leader Gary Norman said: “In 1944 alone over 4,000 courtesy rounds were played on the course, many by golfing novices.

“Indeed, the Greens Committee was forced to consider charging a modest green fee to cover the cost of the damage caused by the RAF chaps; a proposal that the Board rejected!” 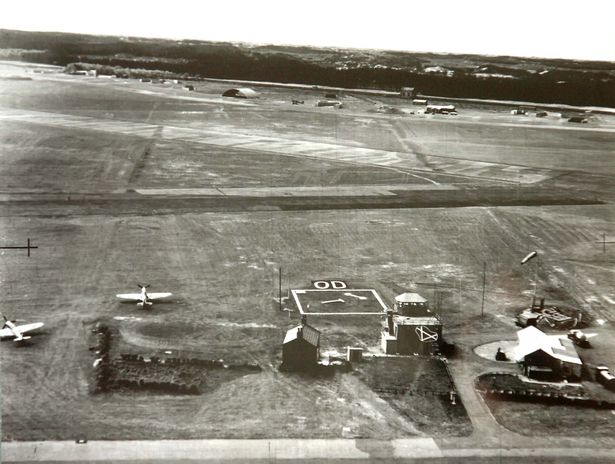 The site was formerly The Banking and Insurance Golf Club.

However the war effort required sacrifice and the old course became RAF Woodvale in 1941 when fairways became runways and Hurricanes roared over Southport, and Formby village.

The first Spitfires arrived in December 1941 and they remained the RAF Woodvale’s senior occupants for many years.

The base was the last RAF unit in the country to operate Spitfires on a daily basis, with the airfield home to the last three operational Spitfires used by the temperature and humidity flight in the 1950s. The last Spitfire flight, by pilot John Formby, was on June 10, 1957.

In 2011 RAF Woodvale was awarded the prestigious Honorary Freedom of Entry to Sefton at a special celebration event.

The vital role played by the incredibly brave Polish RAF pilots and aircrew in helping to win World War II – and the sacrifices they made – should never be forgotten.