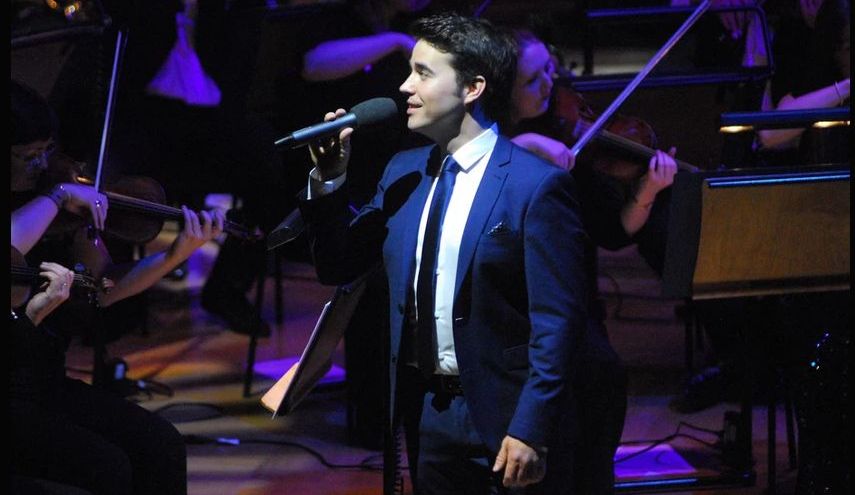 A 37-year-old Southport choir director who refused to give up on his dreams has earned a rare place at a prestigious musical theatre school in London.

James Loynes is well known locally as the Choir Director for United Voice Choir in Southport.

The popular baritone is now looking forward to taking up his exciting opportunity at the London School of Musical Theatre.

He was delighted to be one of just 20 people to be given an unconditional offer at the acclaimed musical theatre for a one year intensive course.

Friends say he has “an amazing voice and great personality”.

He has set up a GoFundMe fundraising page seeking support from people to take up his place.

James lived in Southport town centre for a number of years.

He was regional winner of the British Resorts’ Association ‘Search for a Star’ competition held at Southport Theatre in 2004 (when he was 20).

Whilst focussing on teaching instead of his own performing, he enjoyed a lot of involvement with many members of various Southport based theatre groups, coaching them for roles they were preparing for in productions.

He began the United Voice Choir in Southport in 2007, with the aim of giving people from all walks of life and of all levels of ability the opportunity to perform.

James, who was born in Wales before moving to Chorley as a boy, used to perform in theatres across the country as a teenager.

He sadly bowed out of the industry for a number of years to overcome a number of personal challenges.

Now happy with his partner Tommy he is thrilled to have earned an opportunity to pursue his dreams once again.

James said: “It’s a big thrill because I guess I came to the point where I felt I was in a position where I could try but had maybe missed my chance.

“Part of me expected to be told that I wouldn’t get on and not have any formal training but here I am.”

James has managed to put finances together for most of the £16,500 fees he needs but now he needs one final push of £5,000 to get him into the course and onto the stage. People can donate using the link here.

He said: “I have never given up on my dream but I am a great believer that everything happens for a reason and I am happy with where I am now, and what I have to come.”

Welsh born baritone James has a love for inspirational music and has had the opportunity of being invited on several occasions to the United States to record as a guest artist. The Inspirational music genre has also brought about TV appearances for James, including ITV’s ‘An Act of Faith’ with Donny Osmond.

His other real passion is music from the shows and after winning The Stage’s New Voice of Musical Theatre award, he was invited by Silver Screen Records in London to sing the Andrew Lloyd Webber classic All I Ask of You for their album 100 Greatest Musicals alongside stars of the West End.

He was invited back in 2011 by film composer Debbie Wiseman and Academy Award-Winning lyricist Don Black, to appear as guest vocalist in the concert The Magic of Christmas at London’s Cadogan Hall, performing their song Nothing Grows On Gold, accompanied by The Royal Philharmonic Orchestra and has since been a regular guest at their concerts.

James is also a vocal coach and founded and directs United Voice Show Choir, with the aim of giving people from all walks of life and of all levels of ability the opportunity to perform.